The move comes in the wake of thousands of suits alleging asbestos contamination
READ THIS NEXT
Retailers revel as stuff, not experiences, makes a comeback during COVID 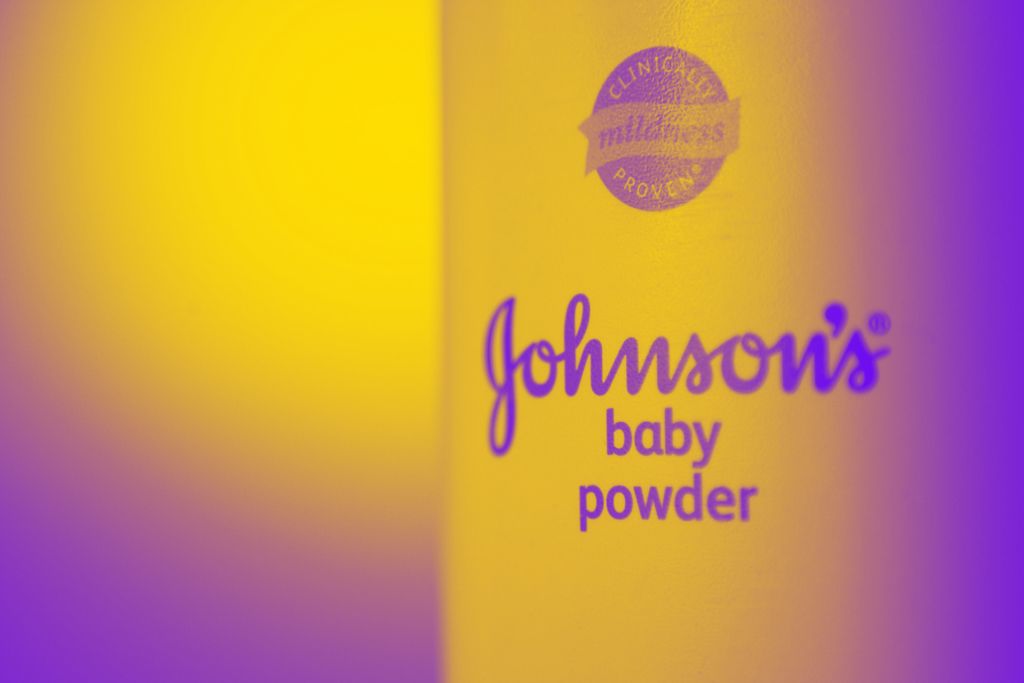 Johnson & Johnson has discontinued its legacy talc-based baby powder products in the U.S. and Canada after thousands of suits alleging asbestos contamination led to a decline in sales.

The health care giant said Tuesday it had stopped shipping hundreds of talc-based items in the U.S. and Canada after coming to a “commercial decision” to discontinue them. J&J will wind down sales in those markets over the coming months, said Kathleen Widmer, chairman of the company’s North America consumer unit. All existing inventory will continue to be sold through retailers until supplies run out, she said. J&J first began selling baby powder products in the 1890s, according to a company blog post.

J&J has faced lawsuits accusing it of hiding the cancer risks tied its talc-based version of baby powder since 2014. Juries across the U.S. have hit the company with billions of dollars in actual and punishment damages over their handling of the product. J&J has been successful in getting many of those verdicts reduced or wiped out on appeal.

Shares of the New Brunswick, New Jersey-based company declined 0.3 percent in late trading to $148.55. Since the start of this year, the shares had gained 2.2 percent through Tuesday’s close.

J&J’s corn starch baby powder, which has been on the market since 1980, will continue to be sold in the U.S. and Canada. Widmer said 75 percent of its U.S. baby power customers use the corn starch product, while 25 percent rely on the talc-based product. Outside the U.S. those numbers are reversed, Widmer said, and the talc-based product will continue to be distributed abroad.

Johnson’s Baby Powder currently accounts for less than 1 percent of the company’s U.S. consumer-health revenue. It has seen a 60 percent decline in sales since 2017 as consumer habits have changed, Widmer said. The company blames “misinformation around the safety of the product and a constant barrage of litigation advertising” for the drop in demand, according to a statement.

“We’re not in the business of confusing customers,” Widmer said.

The decision to discontinue was made during a portfolio assessment related to COVID-19 in March.

“We needed to skinny down” to free up space in manufacturing plants to allow for appropriate social distancing, Widmer said. “We probably would have waited a couple of months otherwise. But we knew the business, which is already small in scale, would continue to decline.”

Talcum powder has long been a mainstay of baby products because the mineral keeps skin dry and prevents diaper rash. Talc mines, however, can also yield asbestos, a mineral once used in products such as building insulation. Some companies have found corn starch can offer the same benefits of talc without the asbestos risk.

In October, J&J said it would pull a single lot of 33,000 bottles off the market after a Food and Drug Administration-conducted test uncovered tiny amounts of the contaminant in one bottle of baby powder. But the company said lab tests it commissioned found no sign of asbestos in the recalled lot, putting it at odds with U.S. health regulators who stuck by their test results.

The standoff occurred as lawsuits against the company continued to climb. J&J officials said last month they’d had a 15 percent increase in the number of suits alleging baby powder causes different kinds of cancer. Discontinuing its talc-based baby powder in the U.S. could limit the number of cancer lawsuits the 127-year-old product generates each year.

J&J is likely seeking an “end date for talc claims,” said Leigh O’Dell, an Alabama-based lawyer who is overseeing more than 16,000 suits in federal court in New Jersey blaming the product for causing ovarian cancer. The move to discontinue sales “puts a fence around the litigation for them.”

Last year, Bausch Health Cos., maker of Shower to Shower powder, said it reformulated the product to replace talc with corn starch as the active ingredient. The firm hadn’t disclosed the switch until Bloomberg News asked about it.

Johnson & Johnson “remains steadfastly confident in the safety of talc-based Johnson’s Baby Powder,” the company said in a statement. “We will continue to vigorously defend the product, its safety, and the unfounded allegations against it and the company in the courtroom.”