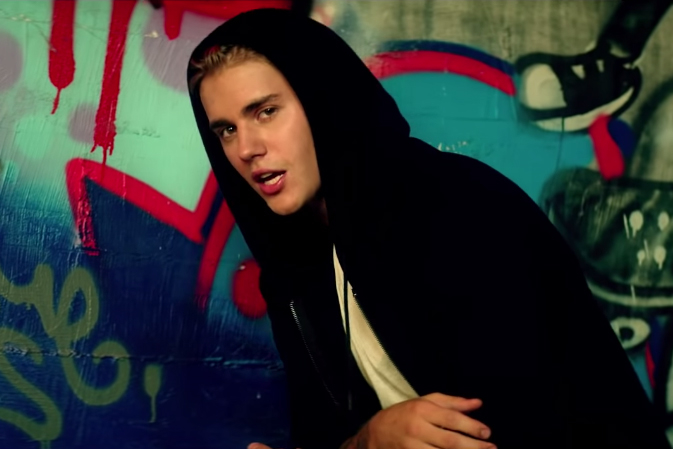 What people are talking about today
Justin Bieber already launched a perfume and a fashion label. What’s left? His own deodorant. The singer is partnering with Unilever’s Schmidt’s Naturals brand on a deodorant called “Here + Now,” as Ad Age’s Jack Neff writes. There’s no word on what it might smell like, leaving us to ponder the question. Bieber’s personal style is scruffy, involving slouchy T-shirts and greasy-looking hair. Critics have described his style with words like “dirtbag,” “dirtcore,” “sleazecore” and “scumbro,” as The New Yorker writes.

At last
Over the years, the Cannes Lions festival has bestowed its Creative Marketer of the Year award to brands including Burger King, Google, Samsung and Ikea. Now it’s Apple’s turn. And while Apple has won other big prizes at the French Riviera ad fest over the years, this particular honor seems somewhat belated, given Apple’s history of campaigns that marked the culture. It made us think of that time Leonardo DiCaprio finally won the Best Actor Oscar in 2017, 22 years after his first nomination. Anyway, read more by Ad Age’s Ann-Christine Diaz, who also compiled some of Apple’s classic ads for your viewing pleasure.

Sincere regret
In the early ’80s, when 15-year-old Brooke Shields starred in suggestive Calvin Klein jeans ads, some TV stations banned them. In the ’90s, Kate Moss appeared in ads for Calvin Klein’s Obsession perfume, and critics were aghast at “heroin chic”? Now the Calvin Klein brand is immersed in a very 2019 controversy involving a CGI influencer.

The brand asked supermodel Bella Hadid to share a kiss with CGI influencer Lil Miquela, but “consumers weren’t having it on social media,” as Ad Age’s Adrianne Pasquarelli writes. The brand put out a statement:

“We understand and acknowledge how featuring someone who identifies as heterosexual in a same-sex kiss could be perceived as queerbaiting. As a company with a longstanding tradition of advocating for LGTBQ+ rights, it was certainly not our intention to misrepresent the LGTBQ+ community. We sincerely regret any offense we caused.”

The video clip of the kiss is still up on Miquela’s social media, though.

Just briefly:
Not over yet: Ajit Pai, chairman of the Federal Communications Commission, said he endorses the Sprint-T-Mobile merger. Then Bloomberg News reported the Department of Justice is leaning against giving the deal an OK. Basically, stay tuned.

More about GoT: The “Game of Thrones” finale was supposed to air in China on a streaming platform owned by tech giant Tencent. It didn’t, and fans were furious. “An HBO spokesman said China restricted Tencent from airing ‘Game of Thrones’ due to the trade dispute with the U.S.” The Wall Street Journal writes.

Product of the day: Next year, Sweetarts plans to introduce a “Wonder Woman 1984”-themed product, a golden candy rope that plays off the character’s golden lasso, Jessica Wohl writes in Ad Age. Listen to her conversation with Ferrara Candy's Greg Guidotti on the Ad Age Marketer’s Brief podcast (in which she got a preview taste of the Wonder Woman candy.)

Ad of the day: Sportswear has never looked quite so alluring. In a new ad from Lacoste and BETC Paris, “a young couple's fight literally tears their world apart,” Alexandra Jardine writes. The walls of their apartment begin to crumble away, and they’re forced to run and jump to safety. Good thing they’re wearing comfortable Lacoste sweats; the tagline is “Life is a beautiful sport.” Watch it here, and enjoy the Edith Piaf soundtrack.