Video app is working with adviser, the newspaper says
READ THIS NEXT
10 ways to virtually celebrate Martin Luther King, Jr. this holiday weekend 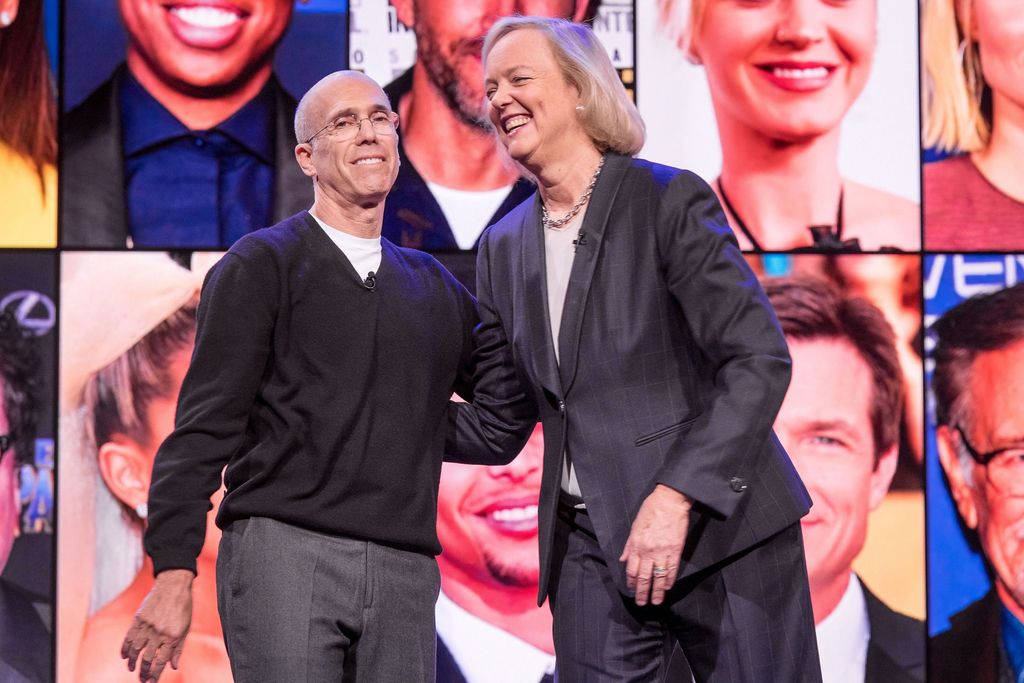 Jeffrey Katzenberg, chairman and founder of Quibi SA, and Meg Whitman, chief executive officer of Quibi SA, stand together on the stage at the conclusion of a keynote at CES 2020 in Las Vegas, Nevada, U.S., on Wednesday, Jan. 8, 2020

Quibi, the short-video upstart founded by Hollywood heavyweight Jeffrey Katzenberg, is working with an adviser to consider its next steps after failing to meet subscriber targets, the Wall Street Journal reported.

The options include a potential sale, raising more money or going public through a merger with a special-purpose acquisition company, the newspaper said, citing unidentified people familiar with the situation.

The report is the latest sign that things aren’t going according to plan for the much-ballyhooed video startup, which launched in April with the goal of entertaining people during commutes and other dull moments—including a wait at the dentist’s office.

With most people at home during the pandemic, the app has struggled to attract subscribers and compete with a raft of other popular streaming services. That’s despite the star power of the videos on the platform, which feature some of Hollywood’s top actors and comedians. Quibi has raised $1.8 billion raised from investors, including many of the biggest media giants, and is run by Silicon Valley veteran Meg Whitman.

Representatives for Quibi declined to comment on the “rumor and speculation” in the Journal’s report.

“Meg and Jeffrey are committed to continuing to build the business in the way that gives the greatest experience for customers, greatest value for shareholders and greatest opportunity for employees,” a spokeswoman said in a statement to Bloomberg.

The app has also revamped some of its programming, focusing on what’s resonated with subscribers, people familiar with the matter said in May. Its programs are sorted into three groups: movies told in chapters, episodic unscripted programs and so-called daily essentials.