Real-Life Chain Takes on Kwik-E-Mart Persona for Film Promo
READ THIS NEXT
Zoom juries, digital networking, and 'deep dives' into the work: Lions Chair Philip Thomas on what to expect at virtual Cannes

After months of speculation, the convenience chain has revealed details of its "most massive and complex" monthlong promotion for the July 27 release of "The Simpsons Movie." Starting today, the marketer will remodel overnight a dozen stores in the U.S. and Canada into the Kwik-E-Marts of the cartoon family's fictional Springfield, USA hometown. 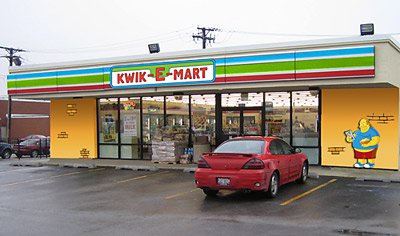 Yeah, we get it
If it sounds like a risky move to dress up 7-Eleven as the animated store that is frequently held up, sells expired hot dogs and once displayed a senior citizen in its freezer section, it is. But management is betting that by showing it gets the joke made in nearly every episode in the past 20 years, "Simpsons" and Kwik-E-Mart fans will become 7-Eleven fans much the way Subservient Chicken and the King gave social currency to Burger King.

"When you're the industry leader, others may want to stereotype or poke fun at you," Doug Foster, 7-Eleven's chief marketing officer, said in a statement. "We get the joke and want to have a little fun with our customers and fans of 'The Simpsons.'"

Detail-oriented
The retail chain and FreshWorks, an Omnicom Group virtual-agency network led by Tracy Locke, Dallas, created more than 1,000 customized in-store displays and signs to bring the cartoon world to life. With the kind of detail reserved for Hollywood back lots, the transformation is all-encompassing -- from exterior walls and signs to store fixtures and employee uniforms and name tags. Even donation canisters and ATMs will be made over with Krusty's Kids and First Bank of Springfield logos. Stores will be made over by 6 a.m. July 1 in the U.S. and July 3 in Canada.

Completing the environment, nine life-size characters from the show will be placed in and out of each store, including Homer, Marge, Lisa, Maggie, store owner Apu, Chief Wiggum and Comic Book Guy. In addition, senior citizen Jasper will be hiding in the bagged ice freezer, and Bart and Milhouse will hang out on each stores' roof. 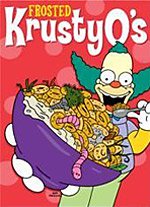 Blurring the line
To further blur reality and fiction, the team also collaborated with private-label manufacturers to create products from the show that will go on sale exclusively in all 6,400 domestic stores. 7-Eleven partnered with the Malt-O-Meal Co. to create the KrustyO's frosted cereal and Cott Corp. to create Buzz Cola. The store's frozen Slurpee beverage will be reinvented as the Kwik-E-Mart Squishee. The WooHoo! Blue Vanilla Squishees will come in 22-ounce paper cups with the fictional logo. Another surprise is that Simpsons' creator Matt Groening's Bongo Entertainment Group created a real comic book of Bart Simpson's favorite superhero, Radioactive Man, for sale during the promotion. The 32-page comic, numbered 711, will be wrapped in plastic and sell exclusively at the chain for $3.99.

The company, of course, didn't rush into this lightly. It's been two years in the making. And, acknowledging that not everyone in America is a fan of the show or would get the joke, the team conducted extensive consumer polling and discussions with employees and franchisees. On average, 93% of respondents responded positively to the experience. Some ideas, though, were killed in the process. Wannabe Homers won't find their beloved Duff Beer, because it doesn't fit with the expected PG-13 rating for the film. Nor will the store see Snake, one of Springfield's most-wanted criminals, despite the planned extra security for each store.

And then there are those heat-lamp hot dogs.

No bad dogs
Production company Gracie Films was "dead set" on naming the real wieners for their sitcom counterpart, but the 7-Eleven team drew the line at having hairy, months-old hot dogs associated with the brand. The "negative fresh-food connotation" would negate the chain's "high standards of fresh foods," said Matt Rand, associate creative director at Tracy Locke FreshWorks.

But other than that, "you won't find anything out of character" from the movie, assured a 7-Eleven spokeswoman. The team spent hours deciding what to include in the experience and how to stay true to "The Simpsons'" gestalt.

"We did go through quite a few copy lines in terms of being funny and not being too far over the edge," said Sandi Means, FreshWorks chief operating officer. 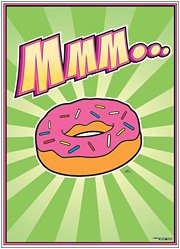 "We've taken a global organization and convinced them to change the name of their organization for a month," said Ms. Means. "That in itself is entirely unique."

While the reverse-product-placement concept of bringing to reality fictional products has been around since Willy Wonka and Bubba Gump Shrimp, executives see the promotion as a way to redefine the shopping experience at 7-Eleven, which has been on a marketing tear under Mr. Foster. Of course, those other reverse placements didn't involve a real-world store embracing a joke originally made at its own expense.

And what of "The Simpsons" franchise?

"'The Simpsons' franchise has made fun of itself in the past for being so commercialized, which may actually make it an even better candidate for reverse product placement," said David Edery, a research affiliate of the Massachusetts Institute of Technology's comparative-media-studies program, in an e-mail. "After all, consumers might expect this sort of thing from the show." He and other experts agree that the risks come down to execution.

Get it?
"It's pop culture commenting on pop culture commenting on itself," said Tim Stock, managing partner of Scenario DNA. He does see one risk, though: "The question is getting the payoff on the joke," he said, "that it's intelligent enough, smart enough, interesting enough where consumers go, 'Have I entered into "The Simpsons" or have I entered into advertising hell?'"

"There's always the [hopefully small] possibility that initiatives like this will backfire, but I think it's very likely that consumers will be thrilled by the opportunity to experience products that they've enjoyed virtually for so many years," said Mr. Edery. "You may not be curious to try a Slurpee, but a Squishee [even if it's technically the same thing] may very well capture your imagination. The big question is: When the promotion ends, will consumers come back for more Slurpees? That depends, in part, on the quality of their initial experience." 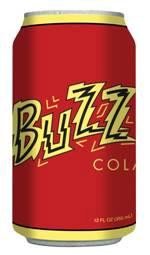 So what are the chances that KrustyOs and Buzz Cola will become major sellers? Considering the variety of "Simpsons" memorabilia on eBay, pretty good.

'Icing on the cake'
"It may well be that one or two of them survive into continuous shelf placement, but that would probably be icing on the cake rather than a core component of the promotion evaluation," said John Quelch, professor of marketing at Harvard Business School. But if the products don't sell, "it would be a sad commentary" he said on the promotion.

"We expect to sell out very quickly," said Mr. Hayman. We have contingency plans to start up production again if we have to."

As for the props not for sale, the marketer is identifying local charities for each market to which they'll donate the props.

If they make it that far. What self-respecting Simpsons fan wouldn't want their own Kwik-E-Mart uniform?