Get ready for a tsunami of spending from PepsiCo as it resets its business to retain talent and focus on long-term brand loyalty rather than short-term solutions.

In less than two weeks, the snack and beverage giant will unveil its much-anticipated business outlook for 2012 and beyond, with analysts calling for an additional marketing investment of $400 million to $500 million.

Expectations are high that PepsiCo will outline plans for increased marketing investment, particularly in beverages, answering critics who charge it's an area neglected for too long. And while there's no doubt the company is at an inflection point, several industry executives told Ad Age that despite rampant speculation about the departure of CEO Indra Nooyi, and Kraft Foods-like breakup of the company, both scenarios are unlikely. 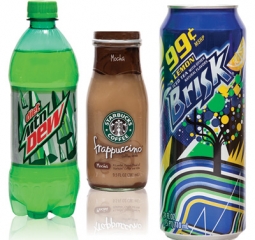 Analysts say the company has emphasized developing more-healthful products at the expense of supporting its indulgent brands.

Pepsi needs to play catch-up in marketing. Its ad spending on beverages has trailed Coca-Cola in both absolute terms and as a percentage of sales for years. In each of the past three years, Coca-Cola spent close to $3 billion on advertising, while PepsiCo spent less than $2 billion promoting its beverage brands.

As a percentage of sales, Coca-Cola spent 8% on marketing in 2010, while PepsiCo spent just 3% on its beverage brands, according to analysis from Jefferies & Co. Last year PepsiCo pledged a 30% increase in beverage spending, which included a $60 million investment in "X Factor."

"PepsiCo has very powerful brands, and these brands need and deserve more support to improve their performance," said John Sicher, editor and publisher of Beverage Digest.

PepsiCo declined to comment for this article, citing a quiet period in advance of its Feb. 9 meeting and its fourth-quarter earnings announcement.

John Faucher, an analyst with JPMorgan, said PepsiCo is in the midst of a "blow-up cycle," a phenomenon he's documented at a variety of consumer packaged-goods players, including Coca-Cola, Colgate and Gillette. In the case of PepsiCo , the company reported strong earnings growth for a number of years, and when that stalled, it reduced brand investment to sustain growth. It also announced a restructuring in 2008, acquired its biggest bottlers in 2009 and lowered earnings guidance for 2011, though none of that was enough to turn the tide.

In the process, PepsiCo lost a veritable who's who of marketing talent, particularly on the beverage side. For those who remained, it's been a ride filled with twists and turns, uphill climbs and, at times, seemingly out-of -control plummets as execs oversaw logo changes and weathered management shifts.

Now, much like Coca-Cola did in 2004, PepsiCo must reset and refocus.

"The long-term brand-building piece is really where they've fallen down in the last 10 years," Mr. Faucher said. "But, if you've got the money and are still in front of the consumer, which direct-store-delivery brands always will be, there's the ability to bring the brand back. Consumers might forget what they liked about Pepsi, but they still see it every time they go to the store."

Analysts and bottlers believe Al Carey, a Frito-Lay veteran who was named CEO-PepsiCo Americas Beverages in September, is the right guy at the right time. He impressed industry insiders at Beverage Digest's annual Future Smarts conference in December by pledging his allegiance to PepsiCo 's sugary sodas and salty chips.

"We should not demonize these products," Mr. Carey said. "You can't just try to develop healthy brands alone, you have to also get behind indulgent brands."

Critics say PepsiCo 's emphasis on developing more-healthful products has been at the expense of supporting its less-healthful cash cows, such as Pepsi and Mtn Dew.

"Al Carey will be a positive," said Mr. Sicher. "He is an expert in the CPG business and knows what's needed to build brands. And under Al, the people turnover at Pepsi in recent years will stop."

Analysts across-the-board are calling for the snack-and-beverage giant to increase its ad spending in 2012 by $400 million to $500 million. Much of the additional investment is expected to focus on North American beverages, though some snack brands could also benefit. Significant cost-cutting to fund the investment -- including layoffs -- is likely.

TBWA /Chiat/Day manages the Pepsi trademark in the U.S., as well as Gatorade and Tostitos. BBDO works with Mountain Dew and remains involved with the Pepsi trademark globally. Goodby Silverstein & Partners handles Cheetos and Doritos, while Energy BBDO is responsible for Lay's and Sun Chips.