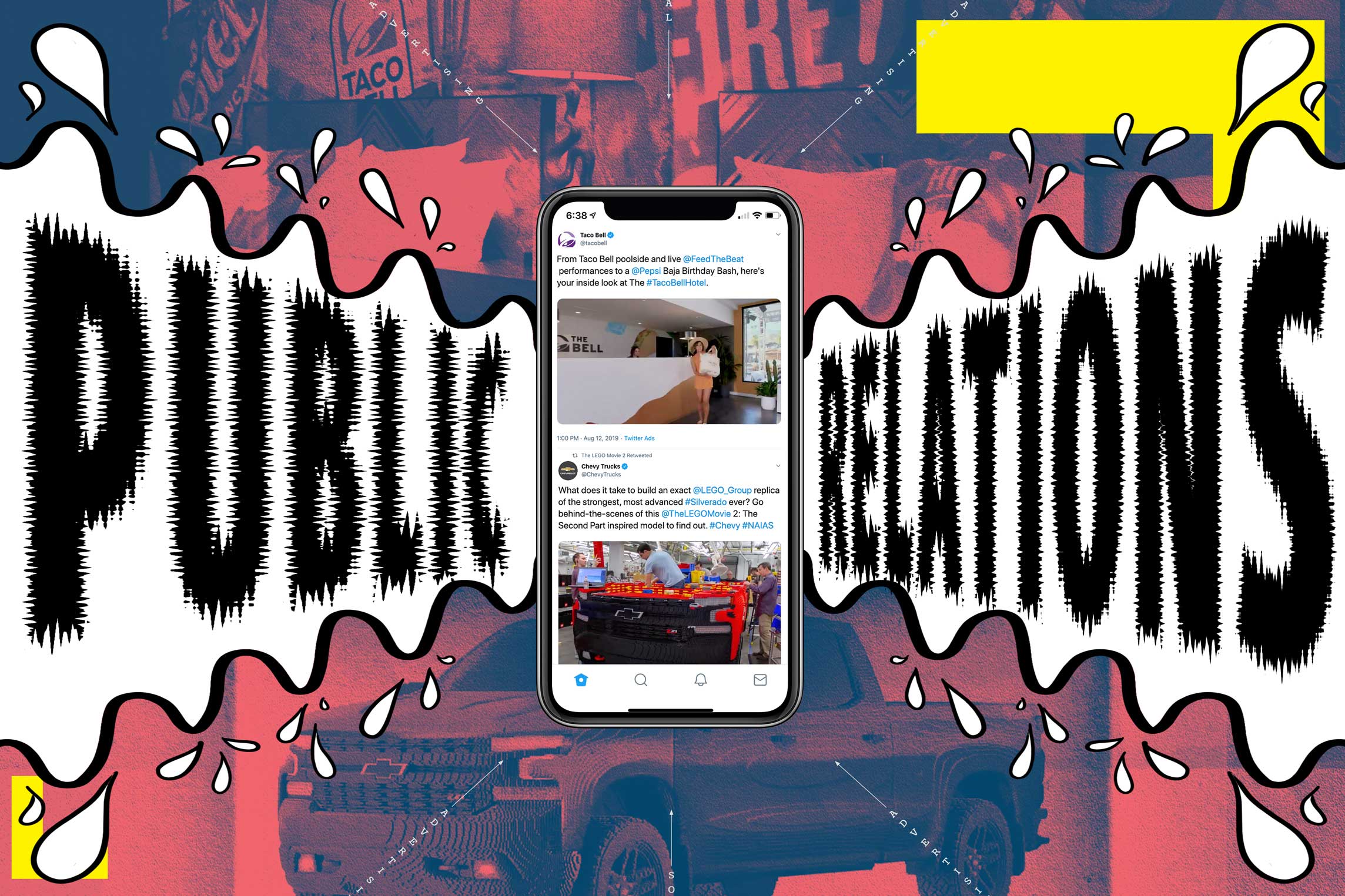 BCW has added a suite of entertainment offerings, content creation, influencer strategy and media planning and buying. This month it also launched BCW Eventus for creating and optimizing brand experiences through global sporting events. Rogers & Cowan—which merged with PMK-BNC in July to form a mega Hollywood-focused PR firm with a mashed-up name—says it houses a team of 185 people that develop and execute marketing and experiential campaigns, content partnerships, and integration and influencer programs, along with music and entertainment strategies. The shift from traditional communications has been led by CEO Mark Owens, who joined Rogers & Cowan in 2015. Since his appointment, the firm claims to have tripled its brand marketing client roster to include Cisco, Audi, Heineken, McDonald’s, Microsoft and Verizon. Owens says 75 percent of Rogers & Cowan PMK-BNC’s business is now in brand marketing across digital, social and experiential. “PR at its heart is about storytelling,” Owens says. “It’s about shaping the narrative. That’s more important than ever.”
Evolutionary forces “The PR industry, with the growth of viral, mobile and social, has gone through a radical shift,” says Greg Paull, co-founder and principal of the global consultancy R3, “and the agencies have had to recalibrate their offerings.” Even Wynne­—who made that 2013 declaration that PR firms don’t buy or create ads—has changed his tune. He now says PR firms have to do “a lot more social media and also events—speaking at existing conferences and creating new ones.” “Looking at the column from 2013 takes me back a long time,” Wynne adds. Jay Pattisall, Forrester principal analyst, sees the recent shift in duties as a reflection of “both strategic and economic” factors. “The industry has moved beyond an ecosystem of neatly defined channel or specialist providers,” Pattisall says. “Strategically, marketers are asking for more integrated and holistic marketing solutions that bring together the content and the context. Secondly, agencies have expanded services out of economic necessity. Agencies need to be known for and good at a handful of things in order to sustain their revenue.” PR firms are certainly not immune to the pressures plaguing the rest of the industry: budget cuts, transparency concerns, brands bringing work in-house, fighting for talent and competitive threats from consultancies. “They have to redefine their business models,” Paull adds. “The old business model was about connecting brands with media, and now that’s done organically. The relationships have to change in terms of reallocating their capabilities.” In his view, Edelman is a standout example of a PR firm successfully making this transition due to its independence. “Edelman, unlike most of the others, is not hamstrung by a holding group structure, and has therefore taken the natural lead on communications,” says Paull. He adds that he has seen an uptick in PR agencies participating in traditional ad agency reviews. Weber Shandwick has also tallied some fresh wins, including for a 2020 brand launch of “one of the world’s largest consumer health companies” which the firm would not identify, but says it was selected “over a top U.S. ad agency.” The firm says it also beat out two ad agencies to become agency of record—across creative, experiential, earned and digital—for a start-up in the job search market. PR firms that have adapted to shifting client needs are coming out on top, at least within their category. According to Ad Age’s recent Datacenter rankings of U.S. PR firms by network, Edelman comes in at No. 1 with $545 million in revenue last year, followed by Weber Shandwick ($430 million), Omnicom’s FleishmanHillard ($395 million), BCW ($335 million) and Omnicom’s Ketchum ($301 million).
Biggest U.S. public relations networks
Estimated 2018 revenue. Dollars in millions.
Source: Ad Age Agency Report 2019. Top 25 ranking: AdAge.com/agencyreport2019

The goal remains the same Although PR firms might be acting more like ad agencies, public relations professionals who spoke with Ad Age say—in what could be classic PR spin­—they remain true to their strategy of pursuing earned over paid media. “We look at earned media as a mindset, not a set of tactics,” Edelman’s Dubner says. “Communications can and should be the driver of brands. Edelman’s responsibility has always been to come in with a point of view, challenge clients and stretch their courage. That, over time, has really moved from communications to brand marketing, to corporate and public affairs, to digital, to everything.” Edelman’s John says the agency’s professed mandate to pursue earned media through creative was what enticed her to join the PR firm. “I spent a lot of time in creative agencies, and there’s a lot of wonderful things about [them],” John says. “But the paid mindset of ‘you’re going to buy your way into someone’s feed and consciousness’ makes clients more conservative. A lot of clients and agencies are wasting money and making things that consumers don’t care about or engage with.” John says the way in which agencies have approached creative in the past “hasn’t shifted enough to keep up with what’s currently happening.” Weber Shandwick’s Heimann says the IPG firm is also increasingly coming to the table with creative ideas that pit it directly against its clients’ other agency partners. “We are competing against everyone from Droga5 to Wieden to 72andSunny to Edelman to consultancies,” she says. “Everybody is our competitor.”