Marketer Insight on How the One-Child Policy Affects Pet Ownership
READ THIS NEXT
Sephora plans dozens of new U.S. stores in bet on physical retail resurgence 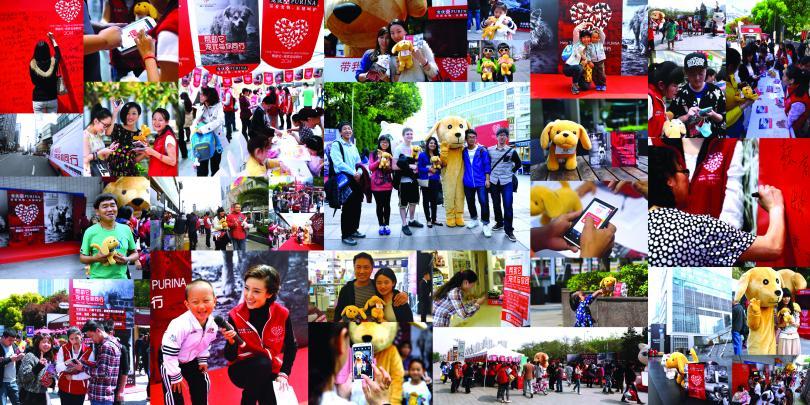 Puppy love: There are 38 million pets registered in China.
Credit:

In China, it's common to see pet dogs out for a walk in fancy booties or faux Burberry outfits. It's another sign of China's swift transformation, since urban pet dogs were uncommon in Chairman Mao Zedong's China, where they were seen as a bourgeois luxury. In pockets of China, people still eat dog; there's a dog-meat festival every year near the Vietnam border that draws protests, a clash of traditions vs. animal rights.

As Chinese consumers have gained in economic clout, they're acquiring more pets and using their disposable income to pamper them. Retail sales of pet food increased more than 31% by value from 2012 to 2013 to reach $4.3 billion, according to research firm Mintel.

Nestlé's Purina pet food entered the market in 2003; with brands including Pro Plan, Dog Chow, Friskies and Fancy Feast, it was the No. 2 player in China in 2013, after Mars Inc., with a 6.2% market share by value, according to Mintel. (Mars' share was 35.3%). Purina concentrates heavily on its online and social strategy, often with initiatives to educate China's new pet owners about caring for them. Gloria Xu, marketing manager for Purina in China, spoke to Ad Age about China's pets, what they eat, and how the one-child policy affects pet ownership.

What's different about the pet-food market in China than, say, in the U.S.?

In China, as you can imagine, the dog population is huge. We have 38 million dogs and cats that are registered, and there are a lot that aren't registered, too, and we can't get that data. It's the second-largest pet population in the world behind the U.S. But commercial food coverage is the lowest in the world. Now in China, only 5% of dogs are [eating] commercial food, and for cats it's 6%.
Lots of dog owners, especially the older ones, cook for their dogs. Some of them mix it with dry commercial food.

People cook for their dogs? What kind of cuisine are we talking about?

Chicken and meat mixed with rice and noodles. Actually they cook all kinds of human food for their dogs. Older dog owners, empty-nesters, think they must cook different kinds of foods for their dog to show love.

E-commerce has exploded in China. How is your business adjusting to that?

It's been growing fast over the past two years, and the importance of e-commerce is bigger and bigger in our total business.

We have focused on social media and the internet starting from 2012. I think the major change is consumer behavior. One bag of dry dog food is 15 kilograms, so it's easier to order than to carry home from the hypermarket. The price on e-commerce is cheaper than in pet shops. E-commerce has more selection, with more than 100 brands of pet food.

With pet ownership growing fast, a lot of people have to learn about care on the fly. What education opportunities are there for Purina?

In 2012 we started a campaign called the Purina Online Academy for pet owners. Every day we would send out content; in summer, it might be about needing to give dogs more water. Before Chinese New Year, we send social content out on Weibo (China's Twitter) about how to take care of pets when all the fireworks are going off. They're really scared when that happens.

Starting in March, we've been running a campaign called Homeless but Not Worthless (to prevent abandonment and encourage adoption), because there are a lot of stray dogs and cats in big cities.
From research, we know the reasons why people give up their dogs, and the key time is when a woman gets pregnant. For the Chinese there is a strong belief that dogs are harmful to babies. People who have children under age 7 have the lowest rate of pet ownership in China.

So if young families don't own pets, what's the typical profile?

It's different by different cities in China. In Beijing, the major group of people owning a dog is over-50 empty nesters. With the one-child policy in China, maybe their only child grew up and left home. They
feel lonely and want to have a dog. Another group is people from 30-to-45, perhaps living more often in Shanghai, very educated with a high income, who have no children at home. Another is young people age 25-to-35. They grew up in a family with one child, and they see a dog like a brother or sister.