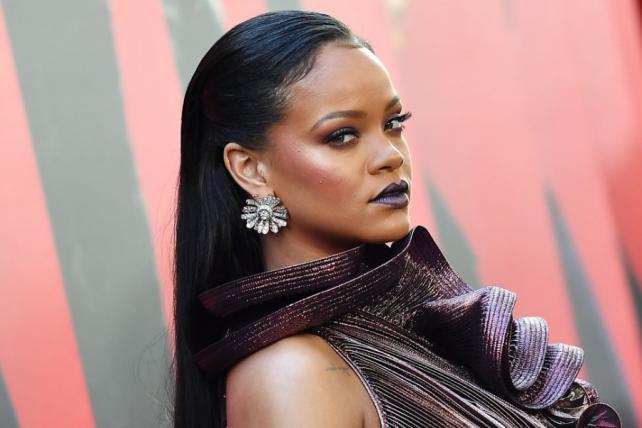 What people are talking about today
Who's the most transformative figure right now in brand-building? It just might be a pop star. Rihanna shook up the beauty industry with her Fenty Beauty, and did the same for the lingerie industry with Savage X Fenty, drawing in fans with her embrace of diversity and savvy use of social media. Now WWD reports that she's in talks to launch a luxury brand with LVMH, the parent company of Dior, Louis Vuitton and Fendi. The New York Times writes:

"The combination of Fenty and LVMH will be the clearest expression yet of how celebrity, social media and influencers have redefined the power balance between culture and consumption, changing the way brands of all kinds relate to their audience."

Yes, Rihanna is a celebrity designer. But she's also a tremendously savvy marketer who masters something essential that many huge, historic companies are struggling with right now: getting people excited to buy a brand.

Netflix vs. Fortnite
What keeps Netflix execs up at night? Apparently, it's a video game. As Ad Age's Garett Sloane writes:

"Netflix seems less concerned about the upcoming launch of Walt Disney's subscription service or a similar service from AT&T's WarnerMedia and more focused on the popularity of 'Fortnite' the video game. 'We compete with (and lose to) Fortnite more than HBO,' the (company's) letter to investors said."

That means Netflix is thinking not just about the battle between streaming services, but about the larger war for people's freetime. (And maybe Netflix also wants to suggest that when it comes to streaming, it's in a class by itself.)
Netflix said it accounts for 10 percent of Americans' TV time, and that its subscriber growth rose by 8.8 million in the fourth quarter, hitting 139.3 million. But the company's stock dipped because Wall Street had expected higher revenues.
Fun factoid: 2.7 million people in the U.S. were still getting Netflix DVDs by snail mail at the year's end.

'Real people'
A Chevrolet ad -- the latest in Chevy's famous series of ads featuring "real people, not actors" -- proclaimed that the GM car brand was more reliable than Toyota, Ford and Honda. To bolster that claim, the fine print directed people to a website with nine scant sentences about an Ipsos study. The claim is debatable -- the Consumer Reports Auto Reliability Survey put Chevrolet at No. 23 out of 29 car brands. Rival car brands challenged Chevy's assertion, as Automotive News reports, and GM pulled the spot. The ad featured drivers of other car brands who were surprised to find out about Chevy's reliability. "It's understandable that the 'real people' in the commercial would be surprised with Chevrolet's claim of being the most reliable car brand," Ford spokesman Mike Levine tweeted. "Because it's not the case …"

Just briefly:
A brief digression: In case you haven't seen it yet, you probably should read this bombshell BuzzFeed News story, "Trump directed his attorney to lie to Congress." This will be the water cooler conversation today. FWIW, the news outlet is using its big story to make the case that people should pay to become BuzzFeed News members -- $100 a year gets you a tote bag.

Media shakeups: Jesse Angelo is out as CEO and publisher at News Corp.'s The New York Post. He is being replaced by Sean Giancola, chief revenue officer, the paper says. Plus, Tribune Publishing Co. Chairman and CEO Justin Dearborn is departing and will be replaced by the newspaper company's president, Tim Knight, Bloomberg News reports.

The CBS saga: Les Moonves, who left the top job at CBS Corp. after multiple women accused him of sexual misconduct, will fight for the $120 million severance package the company denied him, Bloomberg News reports. He's reportedly seeking binding arbitration.

Power to the people: Apple CEO Tim Cook just launched an attack on data brokers. In an op-ed in Time magazine, he wrote that he believes the Federal Trade Commission should set up a data-broker clearinghouse that gives users "the power to delete their data on demand, freely, easily and online, once and for all."

Change of plans: Walmart won't launch a new streaming service after all, CNBC reports; instead it "will focus on bolstering Vudu, the video service it acquired in 2010."

Fake: "Facebook has removed 500 pages and accounts allegedly involved in peddling fake news in Central Europe, Ukraine and other Eastern European nations," The BBC reports. The accounts reportedly spent over $160,000 on ads.

In other Facebook news: The New York Times' Kevin Roose noticed that three five-star Amazon reviews for Facebook's Portal smart display came from people who happened to have the same names as Facebook employees. Facebook's Andrew Bosworth tweeted that the company hadn't asked employees to review the product, and it said it would ask them to remove the reviews.

Bublé vs. Bubly: Singer Michael Bublé will star in his first Super Bowl spot for PepsiCo's Bubly brand. (Get it?!?) And Verizon will run a Super Bowl ad, too. Keep up on the latest news in Jeanine Poggi's Super Bowl newsletter for Ad Age, which you can sign up for at this link.

Ad of the day: Ikea's new ad makes getting a good night sleep look like a blast. A group of trendy younguns head to what looks at first like a dance club, except it's not -- it's a communal bedroom. "The dance floor is filled with comfy-looking beds and as everyone heads for their slumbers, there's even a giant sheep leaping and bursting into glittery confetti," Alexandra Jardine writes in Ad Age. The idea behind the ad from Mother London is that people should "value their sleeping life as much as their waking life." In other words, buy an Ikea bed. Watch the spot here.