The pop star is the first woman to start a new brand from scratch at LVMH
READ THIS NEXT
College football looks unlikely and 600 & Rising president steps down: Monday Wake-Up Call 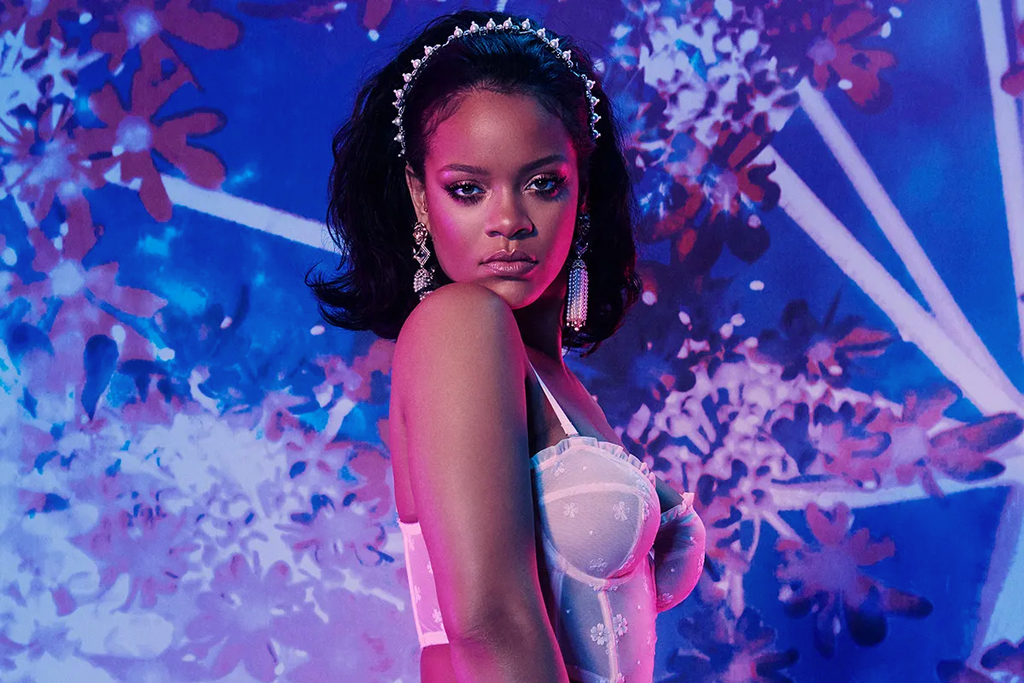 Rihanna revealed her first Fenty collection in Paris on Wednesday evening. She arrived wearing a blazer as a dress—the white canvas number had exaggerated shoulders and was cinched in at the middle with a built-in corset—paired with strappy going-out heels in gold leather, all from her new label.

The mood was boss lady on top, party girl below. This mix of high and low took on menswear inspirations with a feminine twist. And it’s exactly what the 31-year-old pop star says she wants to bring to the table as the first woman to start a new brand from scratch at LVMH, France’s biggest company by market value.

On the eve of her first “drop” for the brand—which will release the products online on May 29 in a “see now, buy now” model—Rihanna hosted press and friends of the new venture in Paris’s posh Marais district, where 18th century hotels particuliers and medieval churches are interspersed with design bookshops and contemporary art galleries.

After nearly two years of work behind the scenes, Fenty’s debut offer was a mix of ready-to-wear pieces like slouchy denim overshirts, leather shoes, and costume jewelry with crystal cuffs and giant white-lacquer hoops. Fenty sunglasses, produced by LVMH’s joint venture with Italian eyewear-maker Marcolin, were stacked high on columns in the middle of the room. Some of the suits had matching pants, while others, such as the one sported by Rihanna, are meant to be worn as dresses.

The prices range from €200 ($223) for a T-shirt to €1,100 for a parka. They are quite a few notches below the usual fare at such LVMH brands as Louis Vuitton, where cocktail dresses often retail above €2,500. Rihanna says she wants to keep prices as accessible as possible while still using luxurious materials and technique.

“I hope I can reach a broad audience,” she said. “I can’t wait to walk outside and just run past someone who’s wearing it. I think that’ll be a huge moment for me.”

Her vision for a more inclusive luxury brand doesn’t stop at the price. Her team designed the collection with Rihanna’s body in mind instead of a runway model. “I’m a curvy girl, and if my stuff doesn’t fit me, that’s not going to work,” she said. “I had to check how every piece works on my hips, my thighs, and make sure this isn’t something that just looks good on a fit model."

A relationship forged in beauty
LVMH partnered with Rihanna to launch Fenty Beauty, a makeup brand, in September 2017. (The name comes from the singer’s full name, Robyn Rihanna Fenty.) After the venture surged to nearly €500 million in sales during its first year in business, the owner of luxury stalwarts such as Dior, Celine, and Givenchy says it has given carte blanche to the Barbadian musician to lead the new label. The company brings investment funds, supply chain expertise, and business and design talent to support the project, while Rihanna is set to boost the products’ visibility with a broad swath of consumers—and give LVMH’s corporate image a shot in the arm.

“She has this charisma,” said Jean Baptiste Voisin, LVMH’s chief strategy officer. “She isn’t the most famous person in the world; there are some people with more followers.” (Rihanna has more than 70 million Instagram followers, while Kim Kardashian has 140 million.) “I’m sure some of them are very professional,” Voisin continued, “but they’re not Rihanna.”

Rihanna’s profile as a fashion industry darling has only risen in the past two years. During several years as guest creative director at Puma (then owned by Gucci and Saint Laurent owner Kering) and as the star of ad campaigns for LVMH’s Dior, the singer was one of only a handful of stars with the status to work in a high-profile way between the two rivals.

“This is a long-term initiative, and she’s in the same mindset as us for that,” Voisin said. “I don’t think it’s likely we’d start another brand like this soon.”

“You better get it good, girl”
As Rihanna’s press conference morphed into a party of its own on Wednesday, designers such as Christian Dior’s Maria Grazia Chiuri and Balmain’s Olivier Rousteing came by to welcome her.

The brand even served Jay Z’s Armand de Brignac Ace of Spades Champagne, rather than one of LVMH’s own prestigious labels such as Veuve Clicquot Ponsardin or Möet & Chandon. The move might have raised eyebrows if it weren’t for the bottles of Veuve Clicquot that bartenders swapped in before the arrival of LVMH Chief Executive Officer Bernard Arnault. (The brand, as it happens, is named for the French widow who, at the age of 27, became the first woman to run a Champagne house—the original unlikely boss lady of French luxury.)

“There’s pressure every minute,” Rihanna said, “but it’s not, like, a crushing pressure. It’s like: You better get it good, girl.”

While the addresses of luxury headquarters such as Chanel’s Rue Cambon or Dior’s Avenue Montaigne often turn into meccas for fans of a brand, Rihanna hopes she can keep the top-secret headquarters of her own label under wraps.

“You think I’d get any work done if it wasn’t secret?” she asked. “I’d have to fight through a mob just to get to my office.”