Plus news about Chase, Procter & Gamble, Nielsen and more
READ THIS NEXT
Google to block political ads after election polls close 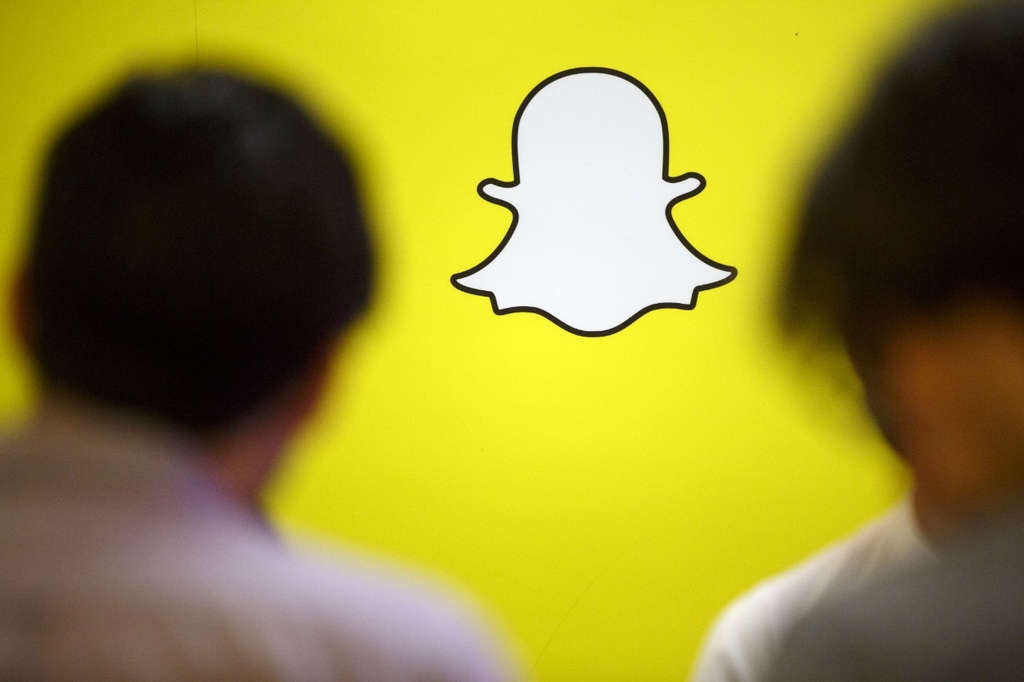 Snapchat infiltrates Instagram
Snapchat is running its first global paid-media campaign, and it’s using the occasion to subtly throw shade at rival Instagram. As Ad Age’s Garett Sloane writes, the campaign is called “Real Friends,” and it focuses on friendships between people who use the messaging app to bond in fun ways. Snapchat is hoping to build on the strong user growth it’s seen recently. And it’s getting its message out on billboards, digital, broadcast, print—and on Instagram, which is less about building "real" relationships and more about presenting an idealized, carefully curated vision of your life. As Sloane reports, Snapchat paid Instagram influencers to post inspirational quotes about friendship that are part of its ad campaign. Such as this one from singer-songwriter Joan Jett: “You don’t lose when you lose fake friends.” Touché.

Edelman drops a client that runs border detention centers
Ogilvy has reportedly faced an internal backlash from employees upset about its work for U.S. Customs and Border Protection. Now The New York Times reports Edelman has been caught up in a similar controversy, and it says it has resigned the client. The client was GEO Group, a private, Florida-based company that has contracts to run U.S. detention centers for immigrants. The PR giant had pitched the company in May on image-shaping work and was supposed to start work this month, but it backed out amid employee concerns, the report says. The Times reports:

According to several employees, Edelman reconsidered because of concerns that news of its relationship with the prison company would be leaked, leaving one of the world’s leading public relations firms with a potential public relations crisis.

Obviously, the news leaked anyway. Edelman told The Times that though “Edelman takes on complex and diverse clients,” it decided not to move forward with this one.

The second line comes from a machine. And it did better with consumers, too. As Ad Age’s Adrianne Pasquarelli writes, Chase signed a five-year deal with Persado, a company that applies artificial intelligence to marketing creative. Pasquarelli writes: “Chase says that ads created by Persado’s machine learning performed better than ads written by humans, with a higher percentage of consumers clicking on them—more than twice as many in some cases.” Yikes.

Just briefly:
Getting hitched: Two of Interpublic Group's entertainment-focused public relations firms, PMK-BNC and Rogers & Cowan, are merging, The Hollywood Reporter writes. The new combined entity doesn’t have a name yet. (May we make a small plea here? Please don’t take a cue from VMLY&R and call it PMK-BNC-R&C.)

Healthier: Ad Age’s Adrianne Pasquarelli looks at how health care clients are giving the ad industry a boost at a time when consumer goods companies are cutting back on ad spending. “Long-overdue disruption in the health care category [is] creating opportunities for fresh advertising campaigns and improved experiences,” she writes.

Huh: A report from eMarketer forecasts that “digital ad spending in the travel industry will surge past what is spent by consumer packaged goods brands next year,” Ad Age’s George P. Slefo writes.

What’s next for Nielsen: “An auction to sell Nielsen Holdings appears to be a bust—but the ratings giant has not given up and is now looking to sell itself in pieces,” The New York Post reports.

Number of the day: The average music festival now has more than 15 sponsors, Ad Age’s Jessica Wohl writes. And according to a tally from IEG, CMA Fest in Nashville, Tennessee “led the pack with 58 official sponsors last year.”

Podcast of the day: John Patroulis, worldwide chief creative officer at Grey, has worked as a night watchman and a bartender, and once he had a temp job breaking windows in a building under renovation. He talks about what he learned from the experience on this week’s episode of the Ad Block podcast. Listen to his conversation with Ad Age’s I-Hsien Sherwood and Alfred Maskeroni here, or subscribe to the podcast on iTunes and Spotify.

Campaign of the day: Mastercard upped the ante for the latest iteration of its long-running “Priceless” campaign. Working with agency Spring, it re-created three global restaurants (from the U.K., Japan and Zanzibar) in New York City. As Ad Age’s I-Hsien Sherwood writes, the chef of Japanese sushi restaurant Teruzushi closed shop at home for the occasion and flew to New York with most of his employees. Sherwood writes that “all of the food is the same as diners would eat in Japan, flown in for Priceless, as are the utensils, rice cookers, dishes—even the toothpicks,” Check it out here.