Plus, ranch dressing vs. ketchup. Discuss.
READ THIS NEXT
Brands delay, rework Pride campaigns in light of George Floyd protests 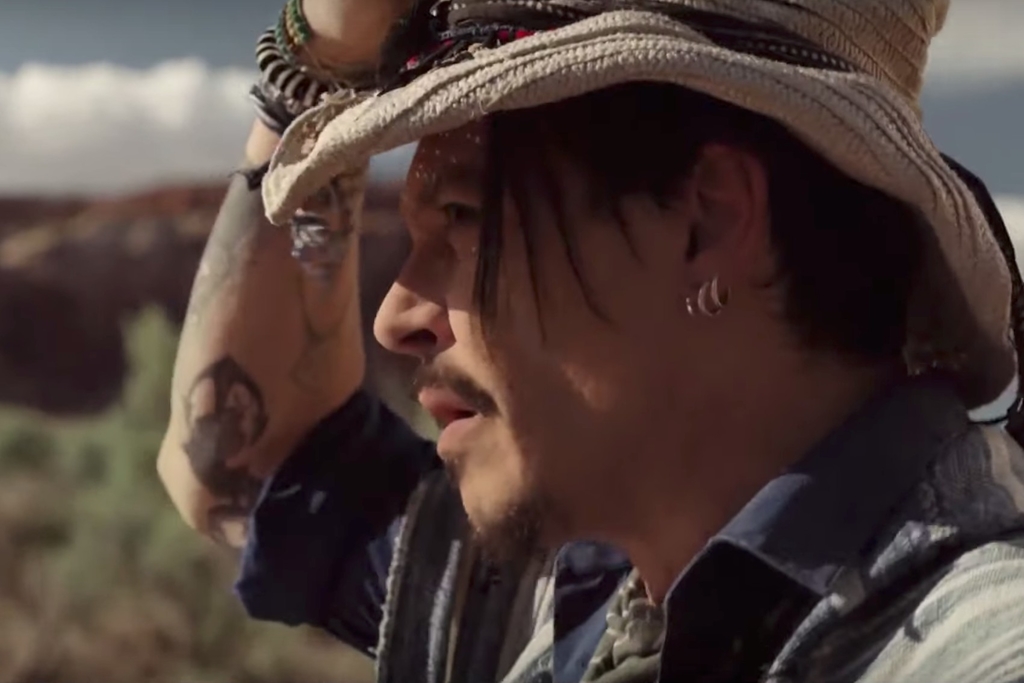 Dior pulls a perfume ad starring Johnny Depp
Yet another luxury brand just had to backtrack after a culturally insensitive move. Dior on Friday pulled an ad for its “Sauvage” perfume, as Business of Fashion reports; the spot starred Johnny Depp playing guitar in the desert while a Native American dancer, Canku One Star, performed in traditional dress. The company portrayed the spot as “an authentic journey deep into the Native American soul.” But the brand was quickly accused of cultural appropriation. Critics seemed most troubled by the juxtaposition of Native American imagery with the word "Sauvage"—which means “wild” in French, but which also evokes the history of labeling indigenous groups as “savages.”

LVMH-owned Parfums Christian Dior had apparently tried to proceed cautiously. It cooperated on the ad with Americans For Indian Opportunity, an advocacy group. That wasn’t enough to stave off a backlash. Kerri Lyon, who works in crisis management at SKDKnickerbocker, told Business of Fashion: “You have to make sure you are seeking out a diverse set of feedback on an ad that is culturally sensitive. There was certainly a lot of thought that went into this but it clearly wasn't enough.”

Crystal Echo Hawk, executive director of IllumiNative, told The Associated Press: “It shows that a well-intentioned collaboration can inadvertently be exploitative and racist, and I think that’s what happened here.”

So where does Dior go from here? Actress Tanaya Beatty, who co-starred in the ad with Depp and who has Da’Naxda’xw Nation heritage, wrote two thoughtful Instagram posts about her ambivalence about making the ad. She also noted that she had made a donation to an inter-tribal coalition. “And… perhaps I’d even encourage a certain perfume company and a certain beloved pirate to make a donation as well,” she wrote. “Just sayin.”

An experiment on Facebook likes?
In seven countries, Facebook’s Instagram is already testing a move to hide the number of “likes” each post gets. Now the company is considering a test removing “like” counts on the Facebook platform as well, TechCrunch reports. The idea would be to make people feel less self-conscious about how many “likes” their posts get. TechCrunch writes that this comes with potential benefits and risks:

“Removing Like counts could put less pressure on users and encourage them to share more freely and frequently … It could also obscure Facebook’s own potential decline in popularity as users switch to other apps. Posts not getting as many Likes as they used to could hasten the exodus.”

Ranch vs. ketchup
Ranch dressing: It’s not just for salad anymore. Ad Age’s Jack Neff chronicles the rise of ranch, “a force to be reckoned with, particularly among millennials and Gen Z folks who increasingly use it where prior generations used ketchup.” Clorox Co., maker of Hidden Valley Ranch, says 70 percent of ranch usage now happens outside the salad bowl—“including for dipping pizza, French fries and popcorn,” as Neff notes. (And in case you’ve ever wondered what exactly ranch dressing is, the magic ingredient is buttermilk.)

Meanwhile in the U.K.: This weekend, Britain’s government launched a massive information blitz urging people to “Get ready for Brexit,” The Guardian reports. The government has said it will spend up to $120 million on the campaign.

Campaign of the day: Friends of award-winning freelance creative Joe Fallon decided to get his name out there, since he’s a “serial non-self-promoter,” as they say. Read Ann-Christine Diaz’s story about how they rebranded him (unbeknownst to Fallon) and built a funny website to pay tribute to him. That’s what friends are for.