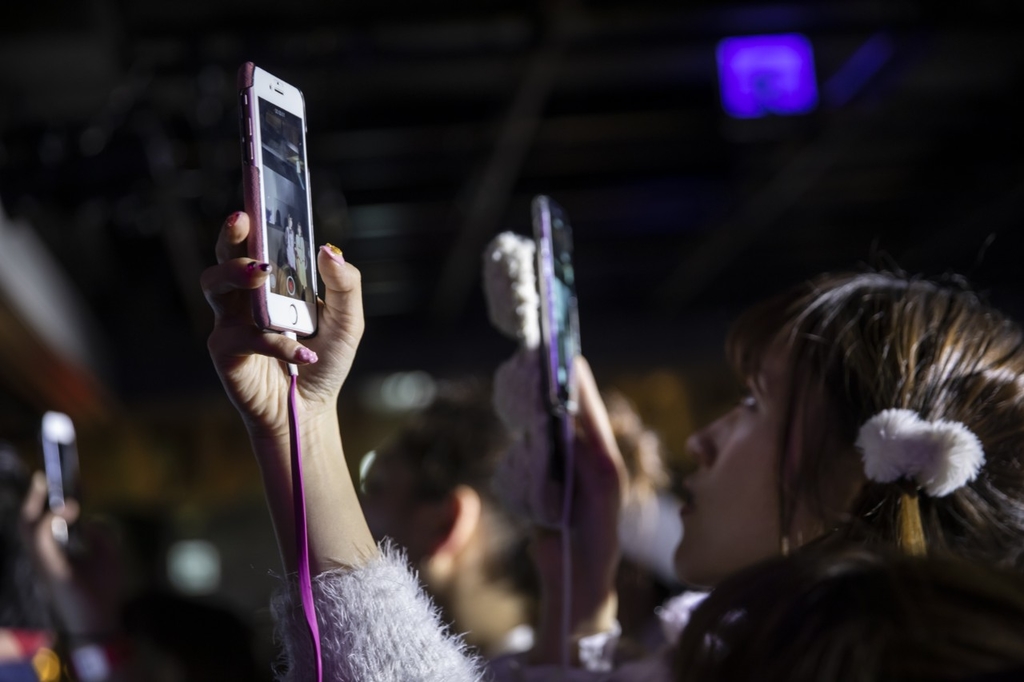 At a TikTok event for creators.

TikTok wants to stay weird (but apolitical)
Short-video app TikTok just announced that it won’t accept political ads. The Chinese-owned app, popular with teenagers globally, is a place for goofy memes and lip-syncing; the app says it wants to stay “light-hearted and irreverent” and doesn’t think paid political ads fit with that vibe.

“People come to TikTok because it just feels different from so many other places, and we'll continue to work hard to support that,” Blake Chandlee, a former Facebook executive who is now TikTok’s VP of global business solutions, wrote in a blog post. He says the app “will not allow paid ads that promote or oppose a candidate, current leader, political party or group or issue at the federal, state or local level — including election-related ads, advocacy ads or issue ads.”

Political ads are a tricky business, as Facebook (and Chandlee) found out when bad actors based in Russia tried to influence the 2016 U.S. presidential election. And TikTok, which is owned by China’s ByteDance, is “already under fire for advancing Chinese foreign policy by censoring topics like Hong Kong’s protests and pro-LGBT content,” TechCrunch writes. Basically, why court more controversy when you don’t have to? Why not just let everyone keep watching videos of cats wearing tiny sombreros?

In other political advertising news: Elizabeth Warren, the senator from Massachusetts and Democratic U.S. presidential candidate, is repurposing news articles from The New York Times, BuzzFeed and other outlets and turning them into campaign ads to run on Facebook, Ad Age’s Garett Sloane reports. He noticed something else too: “Some of the ads displayed Bloomberg’s logo, but they linked to articles on other publications. For instance, one of the Bloomberg ads sent readers to Salon.com.” What gives?

Still more news on political ads: CNN rejected two ads from President Trump’s reelection campaign, The New York Times reports. CNN says the ads “contained inaccuracies and unfairly attacked the network’s journalists.” On a side note, Trump also just proposed starting a network to counter CNN’s influence, but that detail was drowned out amid all the other Trump news Thursday.

Clickbait coupling
Taboola is buying Outbrain. The native ad companies—and recommendation engines of clickbait—are entering into a long-rumored union. Both companies put boxes of spammy sponsored content at the bottom of digital publishers’ pages: headlines about celebrities without their makeup, or underwear that will change your life, or creepy-but-clickable photos of body parts. (What’s with the close-ups of ears and fingers?) It’s apparently big business, since the combined company expects gross revenue of $2 billion next year, Vox reports.

These are tough times in digital publishing, and many news outlets have concluded that the extra ad revenue from Outbrain or Taboola is a necessary evil. Vox’s article about the merger includes this self-aware paragraph: “You may complain about [the ads], and some publishers have stopped running them. But there are very good odds you’re going to see them all day, every day — like at the bottom of this very article.” Scroll down Vox's page and there it is.

The combined company will operate under the name Taboola, which seems like a missed opportunity to mash up the two monikers. ‘Brainoola’ has a nice ring to it.

Meanwhile in Orlando
At the Association of National Advertisers’s big annual conference in Orlando, Florida, CEO Bob Liodice asked marketers to embrace diversity and use multicultural marketing to spur business results. But as Ad Age’s E.J. Schultz writes, top marketers themselves aren’t a diverse group. Only nine of the chief marketing officers at the nation’s largest 100 brands and companies were minorities in 2018, according to executive recruitment firm Spencer Stuart. And “the lack of diversity in senior [marketing] positions is apparent at this year’s conference: an overwhelming majority of the 3,000 people attending the event are white,” he writes.

Also: The Walt Disney executive who spoke at ANA’s “Masters of Marketing” conference talked about personalized experiences in its theme parks, but without mentioning a recent drop in visitors, as Schultz reports. And as Ad Age’s Judann Pollack writes, a Target executive discussed the company’s turnaround and purpose. “We are not in the business of selling stuff, but bringing joy to all families,” said Rick Gomez, Target’s EVP and chief marketing and digital officer. Huh.

Streaming wars: Amazon and Walt Disney are fighting about the terms for carrying Disney apps in Amazon’s Fire TV devices, The Wall Street Journal writes. “Amazon is pushing for the right to sell a substantial percentage of the ad space on Disney apps, and Disney has so far resisted,” the report says.

Sports Illustrated: TheMaven, which licensed the rights to Sports Illustrated’s print and digital publications, “moved to eliminate about 40 positions at the sports media bible as part of a broader overhaul,” The Wall Street Journal reports. That’s 25 percent of the staff.

Recession?: How do you set a marketing budget in uncertain times? Ad Age’s Jessica Wohl asked the experts. Here’s one tip: “It’s always really important to partner with your CFO,” says Andrea Brimmer, chief marketing and public relations officer at online bank Ally. “You have to understand the economics of the company.”

But then again, what recession?: “The National Retail Federation, which released its annual holiday sales forecast, says retail sales will increase between 3.8 percent and 4.2 percent during the last two months of the year, compared with the year-earlier period,” Adrianne Pasquarelli writes in Ad Age. Which is ... actually pretty decent?

Goodbye: The outgoing North America Chairman and CEO of Deutsch talked to Ad Age’s Lindsay Rittenhouse about his decision to leave: He and his wife are "empty nesters and we had our 30th wedding anniversary. It was like, ‘I’m 60 years old, let’s see where a new adventure can take me.’”

Podcast of the day: Get to know Mary Pryor, chief marketing officer at cannabis brand Tonic CBD, as she talks about everything from how to convince climate change skeptics to believe to her hatred of pumpkin spice. Subscribe to the "Ad Block" podcast, hosted by Ad Age’s I-Hsien Sherwood and Alfred Maskeroni, on iTunes or Spotify.

Ad of the day: A new TV campaign from Thinx, the “period-proof” underwear brand, imagines a world in which men get periods too. Created by BBDO New York, the ad depicts such scenarios as a guy having to ask a buddy for a tampon, or even bleeding through his boxers in his sleep. The goal is to create empathy about periods, as Ad Age’s Alexandra Jardine writes. The campaign is set to air on 18 networks, and we bet there will be some interesting dinner-table discussions about it, so watch it here first.