NEW YORK (AdAge.com) -- Tropicana's rebranding debacle did more than create a customer-relations fiasco. It hit the brand in the wallet.

A swift reversal
Now that the numbers are out, it's clear why PepsiCo's Tropicana moved as fast as it did. According to Information Resources Inc., unit sales dropped 20%, while dollar sales decreased 19%, or roughly $33 million, to $137 million between Jan. 1 and Feb. 22. Moreover, several of Tropicana's competitors appear to have benefited from the misstep, notably Minute Maid, Florida's Natural and Tree Ripe. Varieties within each of those brands posted double-digit unit sales increases during the period. Private-label products also saw an increase during the period, in keeping with broader trends in the food and beverage space. 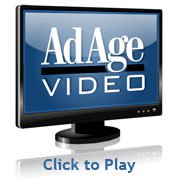 The entire refrigerated-orange-juice category posted flat unit sales and a 5% decline in dollar sales during the period. As the leader in the category, it makes little sense that Tropicana Pure Premium would see such a drastic sales decline while the category remained relatively flat, industry experts said. Through Feb. 22, Tropicana Pure Premium accounted for about a third of sales in the refrigerated-orange-juice category.

Tropicana: no connection
A spokeswoman for Tropicana in an e-mail said, "No dots to connect here." The company did not respond to further requests for comment.

"It surprises me that their performance is so different from the rest of the category," said Gary Hemphill, managing director-chief operating officer at Beverage Marketing Corp. "It's a little tough to draw conclusions over such a short period of time. But I would say that's unusual."

Mr. Hemphill said typically when a beverage brand undergoes a rebranding it signals increased marketing expenditures and leads to improved performance, at least in the short term. "It gets people to look at the brand again and brings some kind of news and excitement around the brand," he added.

Tropicana had certainly sought to create excitement around the Pure Premium rebrand, announcing Jan. 8 a "historic integrated-marketing and advertising campaign ... designed to reinforce the brand and product attributes, rejuvenate the category and help consumers rediscover the health benefits they get from drinking America's iconic orange-juice brand."

'Black eye'
Beverage experts were hard pressed to think of another major brand that had pulled the plug on such a sweeping redesign as swiftly as Tropicana. "It's a black eye when you have to backtrack that quickly," said Bob Goldin, exec VP at Technomic. "There must be [another example] but nothing comes to mind. [Tropicana] is a big brand, and it was a big restage. This is something that I'm sure they were not happy about."

While it's impossible to say whether Tropicana has permanently lost share, as a result of the blunder, competitors are likely taking note. "We think the Minute Maid brand has opportunity for growth, and we're working hard to make that happen," said Ray Crockett, a Coca-Cola spokesman.