U.S. airlines face end of business travel as they knew it—and on which they relied | Ad Age
Skip to main content

U.S. airlines face end of business travel as they knew it—and on which they relied

Airlines are confronting a once-unthinkable scenario that this crisis will obliterate much of the corporate flying they’ve depended on for decades to prop up profits
READ THIS NEXT
Disney to cut 28,000 U.S. resort workers amid deep slump 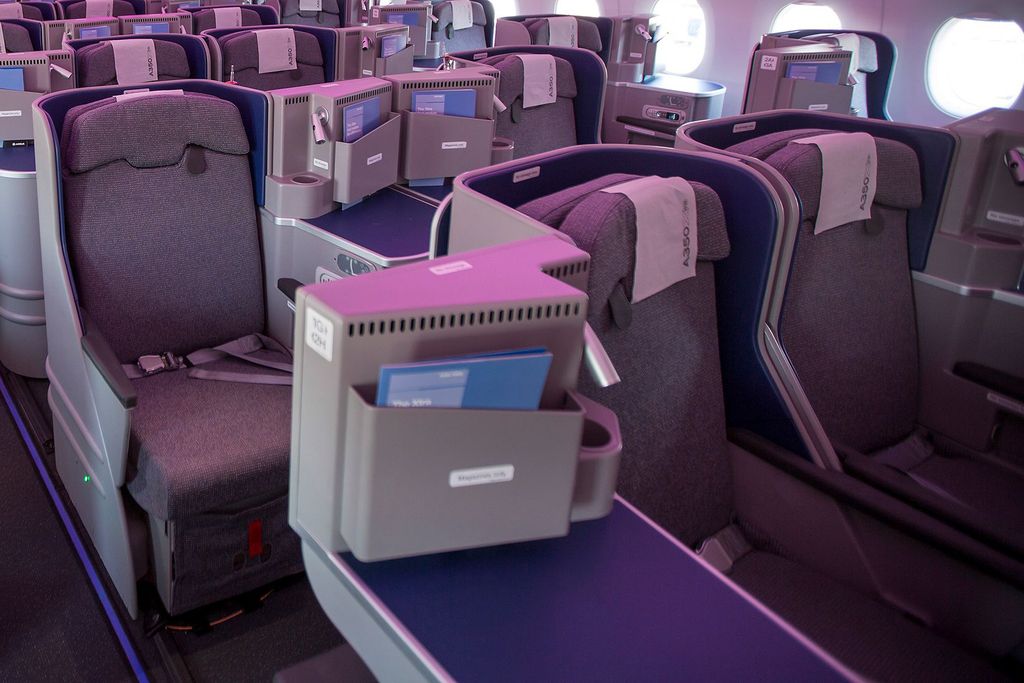 U.S. airlines, hammered by the catastrophic loss of passengers during the pandemic, are confronting a once-unthinkable scenario: that this crisis will obliterate much of the corporate flying they’ve relied on for decades to prop up profits.

“It is likely that business travel will never return to pre-COVID levels,” said Adam Pilarski, senior VP at Avitas, an aviation consultant. “It is one of those unfortunate cases where the industry will be permanently impaired and what we lost now is gone, never to come back.”

At stake is the most lucrative part of the airline industry, driven by businesses that accepted, however grudgingly, the need to drop a few thousand dollars on a last-minute ticket across the U.S. or over an ocean. While millions of customers fly rarely, road warriors are constantly in the air to close a deal, depose a witness or impress a client. Business travel makes up 60 percent to 70 percent of industry sales, according to estimates by the trade group Airlines for America.

That’s under threat in the wake of an unprecedented collapse in passengers that started four months ago. Half the respondents in a survey of Fortune 500 CEOs said trips at their companies would never return to what they were before COVID-19, according to Fortune magazine.

Even industry leaders such as Delta Air Lines Inc. Chief Executive Officer Ed Bastian are bowing to the inevitable.

“I don’t think we’ll ever get back entirely to where we were in 2019 on the volume of business traffic,” Bastian said on July 14 after the company reported a record adjusted quarterly loss of $2.8 billion. United Airlines Holdings Inc. discloses results Tuesday, followed by Southwest Airlines Co. and American Airlines Group Inc. on Thursday.

Even after 18 to 24 months, business travel will remain at least 25 percent below pre-pandemic levels and may stay down by as much as half, said Bruno Despujol, a partner at consultant Oliver Wyman. Trips for internal purposes, which account for as much as 40 percent of business demand, are most likely to decline.

At Sunnova Energy International Inc., travel next year may prove to be just half of 2019 levels and possibly as little as a quarter, said Chief Executive Officer John Berger. The Houston-based residential solar company, which used to put executives in premium seats or coach depending on the length of the trip, is planning to hold more meetings by videoconference.

“We’re pretty much locked down right now,” Berger said. “We’re not doing much travel—really rare. Now, I’m starting to get worried if we’re going to do much travel in Q1” of next year.

Premium domestic demand collapsed in April with the rest of the market, and those fares cratered in May to the lowest in data going back to 2008. This week, a last-minute ticket for American’s luxury first-class service between New York and Los Angeles listed for $3,322, compared with $8,000 when those flights began in 2014.

Warren Buffett, who returned to airline investing in 2016 after years of shunning the stocks, exited his stakes in American, Delta, Southwest and United earlier this year as the novel coronavirus caused a collapse in flying.

“The world changed for airlines,” Buffett told Berkshire Hathaway Inc. investors in May.

The airline industry is well-versed in failure, with bankruptcies dotting the first two decades of the 21st century after years of heedless growth. Predictions of business travel’s demise proved premature after the Sept. 11 attacks and again after the Great Recession of 2008-09.Carriers are now weighing job cuts after $25 billion in federal payroll aid expires at the end of September. Southwest said Monday that about 28 percent of its employees have agreed to leave the company temporarily or permanently. American said last week it would warn 25,000 employees, or 29 percent of its U.S. workforce, that they’re at risk of losing their positions. United has sent notices of potential layoffs to 45 percent.

Consolidation and job-cutting at the airlines helped drive those comebacks, and some carriers predict the eventual return of their cash-cow customers.

“We believe business travel will come back and come back strong as ever,” said Andrew Nocella, United’s chief commercial officer. “But it will take about six to 12 months to work through the system once a vaccine or treatment becomes widely available.”

What’s different now isn’t just the depth of airlines’ travails, however. It’s also the opportunities for technological workarounds at the banks, technology giants, law firms and other professional-services companies that once shelled out for first-class seats.

U.S. passengers counts plummeted more than 95 percent at their worst, with virus-fearing travelers of all types shunning the tight quarters that airlines relied on to maximize revenue from each flight.

Even with some leisure travel perking up, the numbers aren’t enough, and Wall Street is offering a clear verdict: The six largest U.S. airlines ended last week with a combined market value that’s less than the $70 billion of Zoom Video Communications Inc., whose software has made “Zoom calls” a byword in households as well as boardrooms.

Improved videoconferences further lower the chances of returning to the heyday of corporate flying as companies look at travel budgets as ripe for cuts, said Eric Bernardini, a managing director at consultant AlixPartners.

“It won’t replace the need to go visit your customer, but there will be an impact on how many people are going to travel and how often,’ he said.

For now, big U.S. carriers are orienting their schedules toward leisure destinations and domestic trips. Meanwhile, companies are grappling with a changing web of government travel restrictions at home and abroad because of the pandemic.

Columbia Sportswear Co. is revising its policies, evaluating the safety protocols of hotels, rental-car companies and ride-share providers. Health risks are joined by concerns an employee could get stuck in two-week quarantines when traveling to other countries and returning to the U.S.

“Face-to-face contact and visibility is important. That said, no one’s going anywhere,” said Peter Bragdon, Columbia’s chief administrative officer. “It’s pretty easy to imagine how something that was meant to be a few days of travel turns into five weeks of being caught in a snarl.”