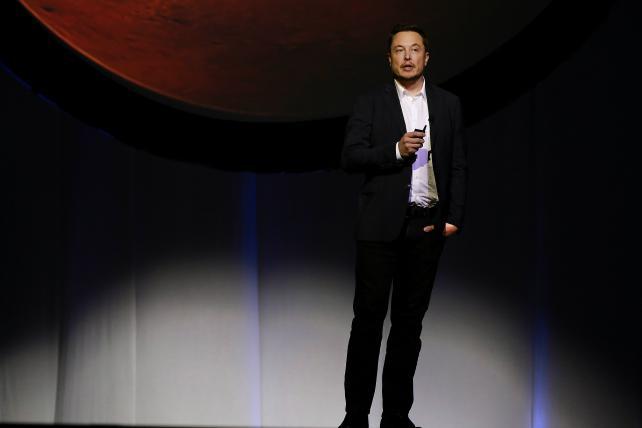 Welcome to Ad Age's Wake-Up Call, our daily roundup of advertising, marketing, media and digital news. Starting this week, there's a new way to read the Wake-Up Call: by daily email newsletter. Sign up here, and thanks for reading.

What people are talking about today
Hasta la vista to The Most Interesting Man in the World. As Ad Age's E.J. Schultz reports, Dos Equis is sidelining its famous character. The beer brand replaced the campaign's longtime star, Jonathan Goldsmith, with French actor Augustin Legrand in 2016, and since then things have "not been the same," as Schultz writes. The brand is debuting a new campaign from Droga5 called "Keep It Interesante," which Schultz says is about the "kind of tall tales people might tell during a long night of drinking." One spot strings together a bunch of wacky claims, including that Abraham Lincoln kept a bottle of Dos Equis under his top hat. And also, that Lou Ferrigno, '70s and '80s star of "The Incredible Hulk" TV show, is the brand's founder.

Anyway. If you're feeling sad and nostalgic about the old campaign, read Schultz' excellent story from the archives about Goldsmith, the original Most Interesting Man. The actor says "he once saved a girl from drowning and rescued a man caught in a snowstorm on Mount Whitney." Seriously.

Soup coup
Publicis Groupe seems to be on a winning streak. After picking up business from Mercedes-Benz and Marriott International, it just landed creative and media work for many of the Campbell Soup Co. brands. Publicis' win is a blow to rival Omnicom Group. As Ad Age's Jessica Wohl and Megan Graham write:

"The appointment marks the end of the relationship between BBDO and Campbell, which dates back to 1954, making it one of the longest client-agency relationships in the ad business."

To put it another way, BBDO was Campbell's agency even before Andy Warhol started immortalizing soup cans on canvas. For Publicis, this is a coup.

The 'next frontier'
Elon Musk has been keeping secrets. The Daily Beast reports that Musk -- billionaire, inventor and blaster of rockets -- considered buying satirical outlet The Onion back in 2014. Now the Tesla and SpaceX founder is financing a secret comedy project that involves six former editors and reporters from The Onion, the report says. Musk isn't giving much away, although he told The Daily Beast, "It's pretty obvious that comedy is the next frontier after electric vehicles, space exploration, and brain-computer interfaces. Don't know how anyone's not seeing this."

Conspiracies
YouTube has been under fire for letting conspiracy theories go viral. As Wired reports, YouTube CEO Susan Wojcicki now says the platform will pair conspiracy videos with links to Wikipedia articles that debunk hoaxes. "People can still watch the videos, but then they have access to additional information," Wojcicki told Wired's editor in a talk at South by Southwest. In one example Wired cites, a video questioning whether humans really landed on the moon would link to the Wikipedia page about the Apollo 11 mission. But, um, there are a few issues here. Such as, anybody can edit Wikipedia. And it has been known to share its own mistakes and hoaxes. As one tech investor tweeted, YouTube's approach "feels a lot like Silicon Valley's version of thoughts and prayers."

Just briefly:
Minds blown: HBO and agency Giant Spoon created the SXSW experience that everybody's talking about (and waiting in line hours for). Ad Age's Megan Graham has a behind-the-scenes video look at the "Westworld" activation, complete with a ghost town, actors and stiff drinks. Watch it here.

FYI: Chatbots "with overly cutesy personalities are mostly out," as Steven Melendez writes in Ad Age. They work best when they "guide humans through simple tasks: asking a question or placing an order."

Say thank you: Ally Financial will pay a five-figure stipend to agencies that make it to the final round of its creative, digital and media account review, Ad Age's Lindsay Stein reports. In these times of perpetual cost-cutting, that's a surprise.

Cyberbullying: First Lady Melania Trump is gathering execs from Amazon, Snap, Facebook, Google and Twitter to talk about cyberbullying, The Associated Press reports. Which is interesting, given her husband's affinity for slinging Twitter insults (remember "low-I.Q. crazy Mika" Brzezinski, "Meryl Streep, one of the most over-rated actresses in Hollywood" and LaVar Ball, "ungrateful fool"?)

Pause: At 10 a.m. today, Viacom says all its "networks and platforms will suspend regularly scheduled programming for 17 minutes," in tribute to the 17 people who were killed during the school shooting in Parkland, Florida, last month. The pause coincides with the National School Walkout movement.

Fox News sued: The family of Democratic National Committee staffer Seth Rich filed a suit against Fox News "over a story about Rich and allegations that he was involved in a conspiracy," ABC News reports.

Unfit for a queen: Actress Claire Foy, portraying Queen Elizabeth on Netflix's "The Crown," was paid less than her male co-star, The Hollywood Reporter says. But an executive producer says that "going forward, no one gets paid more than the Queen."

Creativity pick of the day: Oregon is a land of giant bunnies and whales swimming through the clouds in Wieden & Kennedy's trippy travel ad plugging the charms of the state. Ann-Christine Diaz writes in Ad Age that the fantasyland is "seemingly pulled straight from the vault of Japanese animation genius Hayao Miyazaki." Read more, and check out the spot here.