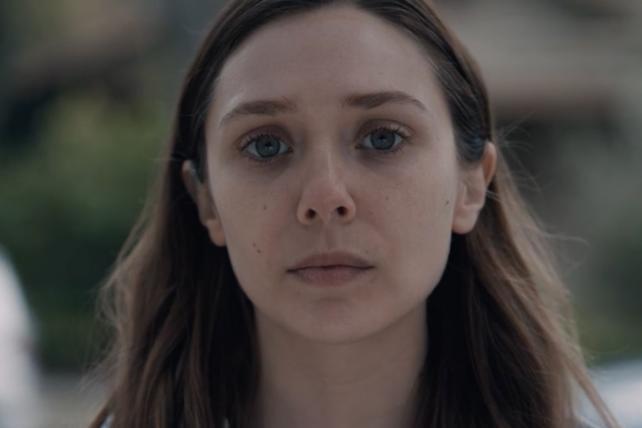 Welcome to Ad Age's Wake-Up Call, our daily roundup of advertising, marketing, media and digital news. You can get an audio version of this briefing on your Alexa device. Search for "Ad Age" under "Skills" in the Alexa app. What people are talking about today: Gawker, the gossip site, is staging a comeback. Variety published a memo that Bryan Goldberg, the Bustle Digital Group CEO who won Gawker.com's assets in an auction, sent to his staff. He said he had hired Amanda Hale, formerly of The Outline, to be Gawker's publisher. And he added:

"We can now confirm Gawker will relaunch, probably in the first half of 2019. We won't recreate Gawker exactly as it was, but we will build upon Gawker's legacy and triumphs — and learn from its missteps."

Reading between the lines about avoiding "missteps," does that mean he's aiming for a toned-down Gawker, the kind of publication that might not have inspired Silicon Valley billionaire Peter Thiel to crush it?
Flashback: Revisit Simon Dumenco's smart take on Gawker when it shut down in 2016 after Thiel funded Hulk Hogan's lawsuit against the publication. Dumenco's piece in Ad Age was about how Gawker lost its way when it shifted from snarkiness to bullying; the headline was "Never mind Peter Thiel. Gawker killed itself."

Facebook at the film festival
Facebook's new series "Sorry for Your Loss," starring Elizabeth Olsen as a young woman coming to terms with her husband's death, signals that Facebook is "getting into the high-end streaming game," as The Washington Post writes. Episodes will go online next Tuesday on video hub Facebook Watch, though viewers at the Toronto International Film Festival previewed four episodes this weekend. The Post quotes series creator Kit Steinkellner as saying that "Facebook is a place where I hear about most deaths, most births, most marriages. It made sense for them to do a series about these life events."
Until now, Facebook Watch has aired mostly unscripted content – reality shows about Tom Brady, Lonzo Ball's family and Fiona, the baby hippo from the Cincinnati Zoo. Is "Sorry For Your Loss" worthy of your time, given everything already playing on Netflix, Hulu and Amazon? A Hollywood Reporter reviewer says it's "the first Facebook Watch show to make me go, 'OK, if this were on Showtime or Amazon, this might be in Emmy conversations.'"

Fake
Did Ford really make a truck ad using Colin Kaepernick as an endorser? No. But as Ad Age's E.J. Schultz writes, enough people believed it that Snopes, the fact-checking site, debunked the claim. A fake story claiming to be from Fox News circulated online with the headline "Ford USA follows Nike's Example with Surprise Kaepernick Endorsement." A Ford spokesman called it "fake news."
Hiring Kaepernick as an endorser "would have been a pretty risky move for a pickup truck whose sales are generated by plenty of people in red states," as Schultz writes. For anybody wondering about Ford's official position on the NFL protests, the company said last year: "We respect individuals' rights to express their views, even if they are not ones we share. That's part of what makes America great."

It's not "Dee-Mexico"
The ninth annual Digital Marketing Exposition and Conference -- more commonly known as DMEXCO – starts today in Cologne, Germany, and Ad Age's George P. Slefo has a primer on what you should know about it. A tip: Chris O'Hara, VP of product marketing for Salesforce Marketing Cloud, says it's correctly "pronounced, 'Dee-Mex-Co,' although a lot of people call it 'dee-Mexico.'" Slefo writes:

"Although DMEXCO is a key event on the conference circuit, attendance has been declining in recent years and tech companies interviewed for this story have admitted on background to skepticism. Last year marked a three-year low, as attendance fell 22 percent to 40,000 visitors year-over-year. Organizers have since fired conference co-founders Christian Muche and Frank Schneider, raising concerns over whether there would even be a DMEXCO in 2018."

So if you're not there this week, maybe don't worry too much.

Meanwhile at Viacom: Ad Age's Jeanine Poggi talks to CEO of Viacom, Bob Bakish, about the future of linear TV, media mergers and the #MeToo moment. (The interview took place before the shakeup this weekend at CBS, Viacom's sister company.)

Not so fast: "The Federal Communications Commission needs more time to review the proposed Sprint-T-Mobile deal, the agency said in a letter to the companies Tuesday," CNBC writes.

Ad overload: Recode looks at how Amazon is stuffing its pages with ads, and how brands are spending big to be more visible there: "Spending on sponsored products in Amazon's search increased 165 percent in the second quarter of 2018 compared with a year earlier, according to data from marketing agency Merkle."

Age of anxiety: Vox has a smart piece on what it calls the "growing anxiety economy, composed of adult coloring books, aromatherapy vapes, essential oils, and other products designed to calm us down." Because, it says, "Americans are anxious as hell, and we're trying to buy our way out of the problem."

Hearts and cherries: "Kohl's is sweetening its millennial offerings with a new collection from PopSugar, the women's lifestyle site," Adrianne Pasquarelli writes in Ad Age. Kohl's taps PopSugar social media analysis to predict popular fashions, and the clothing is adorned with "florals, stripes, hearts and cherries."

The write stuff: French typography artist Tyrsa has done work for Childish Gambino albums, David Beckham's grooming line and many, many brands. Check out some of his logos in Ad Age.

Creativity pick of the day: Nike is making another strong statement after its "Just Do It" ad starring Colin Kaepernick. A powerful new spot features South African runner Caster Semenya, who challenged her sport's governing body over a ruling that would force her to take hormone treatments lowering her body's naturally elevated testosterone levels. As Ad Age's Alexandra Jardine writes, "Semenya addresses her critics head-on by asking a series of questions. 'Would it be easier for you if I wasn't so fast? Will it be simpler I stopped winning?'" The runner's answer: "That's too bad. Because I was born to do this."