We asked 21 industry heavyweights what books are on their lists
READ THIS NEXT
Tinder picks up Pizza Hut's CMO, and NFTs are bad for the earth: Tuesday Wake-Up Call 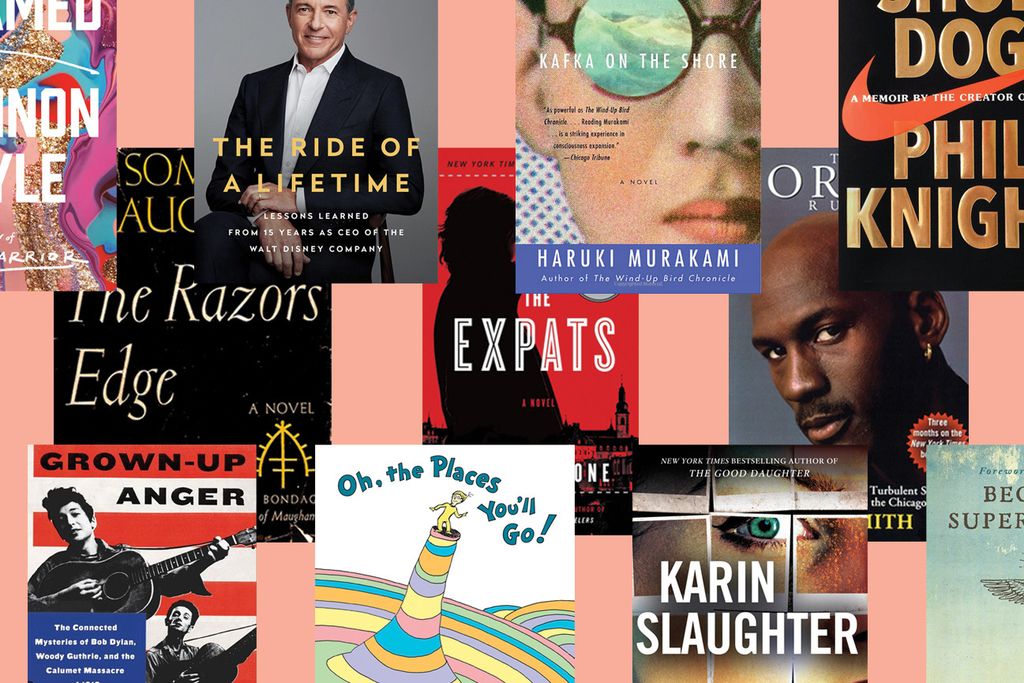 I’ll be reading “The Razor’s Edge” by Maugham, like I do every summer.

I can’t be alone in starting and stopping many books during quarantine. Each time I’ve found it difficult to concentrate, but for the time being I’m reading Upton Sinclair’s “The Brass Check.”

Ever since The New Yorker published its 2018 piece on Ottessa Moshfegh, I’ve been dying to read “My Year of Rest and Relaxation.” The New Yorker described Moshfeg as “easily the most interesting contemporary American writer on the subject of being alive when being alive feels terrible.”

I’ve been reading Chris Pavone—“The Expats,” “The Accident,” “The Travelers” and “The Paris Diversion.” Fun, James Bond- or Jack Ryan-like action and intrigue in European locales I love, and not such sophisticated writing that it’s accessible for an idiot like me.

“The Jordan Rules” by Sam Smith—can’t get enough after watching “The Last Dance” documentary.

My summer book list consists of: “Oh, the Places You’ll Go” by Dr. Seuss (next to me at my desk, at the ready as always); “Logo Modernism” by Jens Muller and Julius Wiedermann; “It’s All in Your Head” by Keith Blanchard; “Orbiting the Giant Hairball” by Gordon MacKenzie; and my old Moleskins, just to see what the heck I was thinking all those years ago.

I’m a reader of trash novels. Trashy trash trash. I’ll re-read the “Interview With a Vampire” novels. And I’m going to write as much as I can.

“Return on Courage” by Ryan Berman and “The Soulful Art of Persuasion” by Jason Harris.

“Becoming Supernatural” by Dr. Joe Dispenza. If we can’t actually go surfing, you might as well learn how to astral surf.

I plan to read Barack Obama’s memoir, “Dreams From My Father,” with the hopes of finishing it before his new memoir is released in the fall.

I’ve started “Grown-Up Anger: The Connected Mysteries of Bob Dylan, Woody Guthrie, and the Calumet Massacre of 1913.”  I learned about it by asking Little Stevie on Twitter what he was reading, but haven’t gotten to the connected part yet; I am too busy fixing the WiFi connection for my kids.

I’m currently reading “Pieces of Her” by Karin Slaughter. It’s a fast read thriller and is keeping me entertained in quarantine.

I am obsessed with biographies. Most recently I’ve read “Acid for the Children,” a beautiful memoir by the Red Hot Chili Peppers bassist Flea. I am planning to finish Howard Stern’s autobiography “Howard Stern Comes Again” and the three remaining books from Bernard Cornwell’s “Saxon Tales 13” books saga.

“Kafka on the Shore” by Haruki Murakami. The book is about a 15-year-old running away from home to start afresh somewhere new.
Perfect escapism when we find ourselves locked in our homes.

I’ve been reading nonstop since March, and I hope that the habit will continue. There are so many books on my list and in my stack that I have been working my way through. “Little Fires Everywhere” by Celeste Ng burns especially bright.

At the moment I’m cruising through Tim Maleeny’s “Boxing the Octopus.” He’s an old friend, and the president of Havas. A lot of people don’t know that he is also a best-selling mystery novelist.

I hope I’ll read Robert Iger’s “The Ride of a Lifetime” and a compilation of John Cheever’s best stories.

“Herd: How to Change Mass Behaviour by Harnessing Our True Nature” by Mark Earls.

I’ve been re-reading “Shoe Dog” by Nike co-founder Phil Knight to remind myself of the power of a brand and what marketing can do to help brands grow. It also goes perfectly with watching ‘The Last Dance.’”