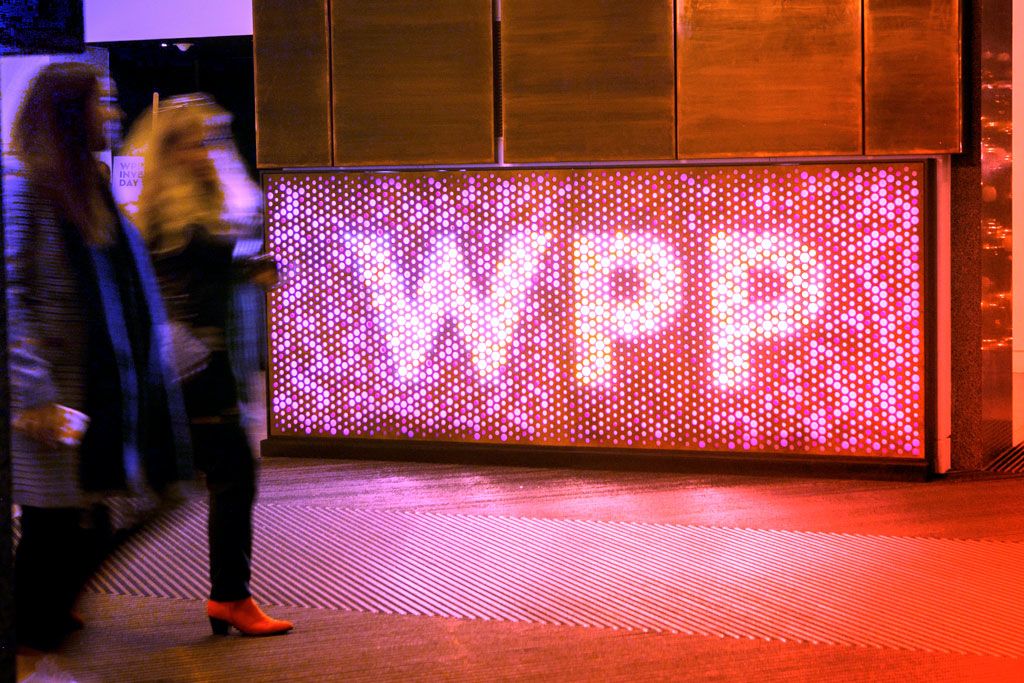 WPP announced it would invest $30 million to fund internal inclusion programs at the holding company.  It committed to 12 points laid out in an open letter from 600 Black agency professionals released last week.

“WPP said at the holding company level, as well as within individual agencies, the 12 actions ranging from ‘investment in the career paths of Black employees’ to ‘measurable commitment to improving Black representation in senior management’ have either already been implemented or are in the process,” writes Ad Age’s Lindsay Rittenhouse. “The company said it will set targets, track the progression of underrepresented groups and publish its racial diversity data.”

Many agencies and brands have pledged support for Black Lives Matter and efforts to end racism within their own organizations, but concrete steps and data are rarer so far. To that end, Interpublic Group of Cos. released its internal diversity numbers. Dentsu Aegis Network followed suit, revealing that just 1.8 percent of its executives are Black or African American, along with 2.5 percent of managers and 6.9 percent of its professional employees.

“We clearly have work to do, but this is just where we are today,” wrote Jacki Kelley, CEO of Dentsu Aegis Network, Americas, in a letter to staff. “Change is not only possible, it is probable.”

The 600 Black agency professionals who spurred WPP to action have formed a nonprofit backed by the 4A’s. “Led by President Nathan Young, who also serves as a group strategy director at Minneapolis agency Periscope, and VP-Partnerships Bennett D. Bennett, principal at consultancy Aerialist, the nonprofit organization is called 600 & Rising—though already it boasts more than 1,100 members,” writes Ad Age’s Ann-Christine Diaz.

The goal of the new organization is to hold agencies accountable for the commitments they may be making in the moment, and to push for change as swiftly as possible. Already, 600 & Rising has surveyed Black agency executives to determine how best to implement changes.

The group has also “formulated a draft methodology on standardizing agency diversity data reporting and set an aggressive 90-day timetable for enacting diversity and inclusion reforms across the industry,” Diaz writes.

A person, not packaging

Now that Aunt Jemima is being retired, Uncle Ben’s rice is getting a closer look, too. The brand had actually removed the image of Frank Brown, a real chef and waiter from Chicago, from its packaging in the 1970s but put it back on in 1983.

“‘As a global brand, we know we have a responsibility to take a stand in helping to put an end to racial bias and injustices,’ parent company Mars Inc. said in a statement," according to Ad Age’s Jessica Wohl. “‘As we listen to the voices of consumers, especially in the Black community, and to the voices of our Associates worldwide, we recognize that one way we can do this is by evolving the Uncle Ben’s brand, including its visual brand identity.’”

The use of images of Black people on consumer products may finally be coming to an end, as companies are forced to view the images in the context of obvious racial injustices and racist killings. There’s been some progress with the use of indigenous people, as well, with Land O’ Lakes butter removing the “Indian maiden” from its packaging (though the Washington Redskins' Native American mascot is still an egregious exception).

Conagra’s Mrs. Butterworth is also under review. “Mrs. Butterworth's origin and race have never been specified by the brand. But the dark coloring of the syrup in the clear bottle gives many people the idea she is meant to represent a Black woman,” writes Wohl.

“‘The Mrs. Butterworth's brand, including its syrup packaging, is intended to evoke the images of a loving grandmother,’ Conagra said in a statement. ‘We stand in solidarity with our Black and Brown communities and we can see that our packaging may be interpreted in a way that is wholly inconsistent with our values.’” In any case, a change to the packaging—the objectification of a woman—is welcome.

Young creatives are the 'Future'

Twitter’s God-is Rivera will talk about how to engage Black voices with Jamira Burley from the Global Business Coalition for Education, MRM//McCann’s Jayelle Dorsainville and Condé Nast’s Brendon Henderson.

If you missed yesterday’s sessions, catch up here with sessions on freelance work during the pandemic with author Kathy Hepinstall Parks and Justin Gignac of Working Not Working; a session on diversity and inclusion with Ryan Ford of Cashmere, Briana Patrick of Goodby Silverstein & Partners and Christena Pyle of Time’s Up; and go behind the scenes on the creation of McCann’s “True Name” campaign for Mastercard.

Heavy subjects: Ozzy Osbourne and Black Sabbath have been vocal in their support for Black Lives Matter, and now metalheads can embrace both with a new BLM T-shirt that uses the typeface and coloration of the band’s 1971 album “Master of Reality.” All proceeds go to the Black Lives Matter Global Network Foundation.

Stir crazy: Little Caesar’s has a new offering for pizza fans stuck indoors and craving a new way to enjoy cheese and bread together. Stuffed crazy bread (i.e., breadsticks) is rolling out with a campaign featuring a fictitious daredevil who’s just brave enough to eat it himself. “The chain debated whether to add new items during the pandemic but ultimately decided to do so because it saw pent-up demand,” writes Jessica Wohl.

Summer break: Civil rights groups called for a boycott of Facebook to protest its refusal to fact-check posts from politicians who spread false information or promote violence. “The NAACP, the Anti-Defamation League and Sleeping Giants advocated that advertisers stop buying ads from the company through the month of July,” writes Ad Age’s Garett Sloane. “‘We are asking all businesses to stand in solidarity with our most deeply held American values of freedom, equality and justice and not advertise on Facebook’s services in July,’ the civil rights groups said in an ad that appeared in The Los Angeles Times. ‘Let’s send Facebook a powerful message: Your profits will never be worth promoting hate, bigotry, racism, antisemitism and violence.’”