"The process of globalization is irreversible, but the role of individual nations needs to be redefined" - Mouneer El Shaarani. Calligraphy artist

The Middle East is a hub of creative experimentation. We may be bowing to recession but they aren't feeling the same pinch. And, as Middle Eastern investors and brand owners turn toward Western brand builders for inspiration and partnership, the true opportunity lies in helping them create their own brave new world.

This is a return after a longer than usual blogging gap but with good reason. A lucky few at Pearlfisher have been spending time getting to grips with Beirut ? a fairly new frontier for us ? and what we found was an unexpectedly harmonious fusion of stylish edginess and charismatic sophistication in this "Paris of the East."

The city of Beirut remains an almost unbelievable mixture of pristine new builds springing up next to ragged teardowns, meaning global brands don't jostle for space here, rather they are framed by the stark landscape and this makes them seem more contemporary and edgy than they do nestled safely on 5th Avenue or Bond Street. But, creativity isn't all imported here. New, and particularly premium, brands are in a prime position to build themselves self-styled temples. The standard for brand building here is meticulous and the challenge for any agency bringing its western ways is to retain the reason for their appointment ? their simplicity and pragmatism perhaps- whilst not overtly westernizing or homogenizing. Cultural fusion between civilizations (a nice, passive term for invasion) has through time created great cultural wealth and Lebanon with its relentless history must be one of the best examples. Whilst we in the West may think we have fronted the progress of the creative world as we currently know it, this confidence may soon be shaken. The Middle East, with it's burgeoning finances and ambition to invest in creative development, may well take the lead. It remains up to us whether we can get under their cultural skin well enough to play a part.

Beirut is, of course, just one impressive hub of the overall design development happening in the Middle East. It's an exciting time and we're glad to be part of it. So, watch this space - but , for now, I'd really like to share some of our inspiring finds with you:

Typography: Nadine Chahine
Calligraphy has long been favored as the ultimate graphic art form in the East. The foreword to the new graphic design book Arabesque says 'Arabic calligraphy flourished at the peak of Arabic cultural activity and prosperity and is still considered the highest achievement of the Islamic applied arts'. Fonts such as frutiger may now have Arabic versions but Nadine Chahine has aimed for even greater harmony by designing the typeface koufiya in both Latin and Arabic simultaneously so "the two scripts can coexist" and the book goes on to discuss why "the identity and essence of the script is something we must not leave behind and forget why the letters look the way they do. Latin and Arabic can match without having to change to become one another."
http://www.linotype.com/5282/nadinechahine.html

Graphic designer: Rana Salam
We knew Rana's work well before we knew her. Based in London her beautiful and inspiring work embodies the vibrancy and confidence of Middle Eastern design. She focuses on high fashion, hospitality, design, interiors and exhibitions for clients including Paul Smith, the V&A and our recent favorite le comptoir libanais. 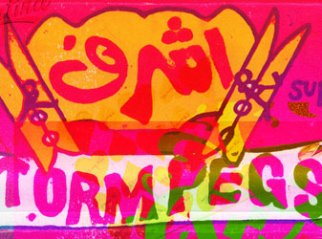 Fashion designer: Rabbih Kayroutz.
Rabbih is Beirut's up and coming couturier who recently showed in Paris for the first time. The simple beauty of his trapeze and draped silhouettes belie their intricate structure. 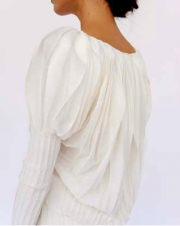 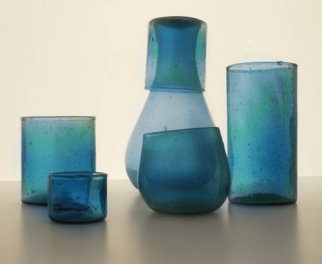 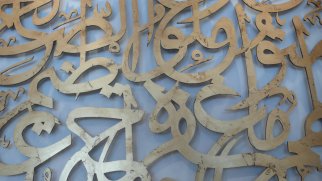 Department store: A?shti.
Described as the Harvey Nichols of Beirut, we think this 6 floor shopping palace can rely on its own distinction.
http://www.aishti.com


Restaurant: Al Falamanki
Created to mirror a typical house in a Lebanese village, Al Falamanki shows the brilliance, humor and attention to detail of Lebanese branding as it creates the world of this fictional character Khalil Al-Falamanki. His Cadillac is parked outside and the menu features his 'life story' including meetings with Sophia Loren and Aristotle Onasis amongst others. Delicious food and Arguileh (hubble-bubble pipes) mean outdoor afternoons here can easily be whiled away in traditional Lebanese social style. 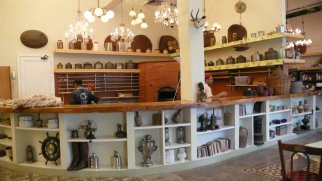 Gratuitous mention: Sky Bar
Named the best bar in the world, there can't be many places left outside Cannes and Ibiza that can boast the ability to fill a club to the champagne soaked capacity we saw on this first Wednesday in August. Even if its booming baseline isn't your thing, the panoramic views of the coastline at night from this open-air rooftop bar are reason enough to wish your way in past the rope. 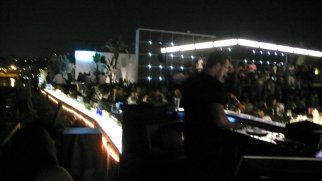 The opportunity for design in the Middle East could not be more exciting. By retaining the great craft, beauty and origin of its traditional art forms - and translating them in a contemporary fusion with the raw energy of today's international design and lifestyle influences - the flow of inspiration from West to East should not continue one-way for much longer.