How brands can show they value the LGBTQ+ community
READ THIS NEXT
8 ways Netflix can reimagine modern advertising
Credit: iStock

The reality is that there’s an opportunity for brands to prove real allyship here. There are also important lessons brands can learn from all of this related to how to authentically market to broad audiences with diverse and often conflicting identities and points of view.

In the 70s and 80s, Hispanics were the unseen audience—I’d even go as far as to say we were unappreciated. Agencies including Orci worked tirelessly with brands to create a new perspective and demonstrate why really seeing and connecting to multicultural audiences was the most effective strategy toward building loyalty and value, and of course, driving sales. The triumph of 21st century marketing has been both the ability to accurately target groups based on interests and identities and the subsequent recognition of why this diversity is so important. Many of the largest, most effective brands from Apple to Disney to Google, all embrace the value-add related to empowering diverse audiences and including their voices in marketing.

First, make a choice—and lean into it

Florida’s “Don’t Say Gay” law and clones that are moving forward in other states are a direct challenge to the principle that people have a right to be seen and respected. So much so, that brands such as Disney are now being forced to decide if they will take proactive measures to see and respect everyone–or just some people.

Closing your eyes and ears to pretend people don’t exist has never worked, and these bills are simply the latest example of a deceptive practice taken to an extreme. Their underlying premise is that some people have identities and lives that are “too diverse” and therefore unsuitable to be even mentioned—in this case in classrooms—for fear of upsetting a small but vocal segment of parents. In contrast, there is broad support for LGBTQ rights in America which has resonated with more than 270 companies including Amazon, Apple and Starbucks who have all voiced opposition to these bills. But signed petitions go only so far. Ultimately, “Don’t Say Gay” is a political act and, like the transgender bathroom fight in North Carolina, change will come only when brands choose to withdraw business, move events and employees speak up.

We know that consumers increasingly expect brands to state their values and stick by them with actions, with preference often held for mission-oriented brands. In fact, the percentage is even higher among younger generations whose purchasing power is growing. Authenticity is paramount, requiring audiences to be transparent about their beliefs even when that might cause conflict. For the LGBTQ+ community, this has played out through strong showings of support for brands that take the time to connect with real community needs and stories beyond the common rainbow-colored social media posts which appear June 1 and disappear come July 1.

The time for rainbow-washing is over. Now is the time for brands to demonstrate allyship and show that all those multicolored logos from Junes of years gone by were more than just lip service.  Consider a few actions that will be seen:

Move corporate events out of states that support anti-LGBTQ+ bills.

Support employees for expressing their views on these bills and support them with paid time off to volunteer with LGBTQ+ organizations.

Offer real options when recruiting employees who are uncomfortable living in places with anti-LGBTQ laws, including remote work or relocation to other states.

Highlight the LGBTQ customers and employees you value and make sure they are seen in your marketing as a vital part of your community and not just an afterthought in June.

Now is the time for brands to state what they mean and stand for in no uncertain terms. Now is the time to create meaningful statements, marketing and advertisements that heighten the visibility of queer and trans lives—and also celebrate them. Now is the time to oppose bills like “Don’t Say Gay” which present diversity as an issue instead of a beautiful reality. 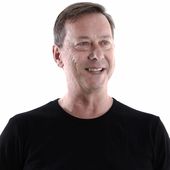 Byron Beach is head of digital & social strategy at Orci.