It takes empathy to find the “why” behind the data, and leverage that information to connect with consumers
READ THIS NEXT
4 ways to combat burnout and ensure that leaders of the future can succeed
Credit: iStock

The lack of trust consumer brands face in the market is no secret. In fact, it’s a global concern. Ford Motor Company’s 2020 Trends Report indicates that consumers worldwide are becoming increasingly skeptical of brands. More than three-quarters of respondents from the U.S. (77%), the U.K. (79%) and Spain (79%) report this growing mistrust. On top of that, 67% of adults say that once a brand loses its trust, there’s no gaining it back. That same group most likely represents the 40% of consumers who have tried to dissuade friends and family from doing business with companies they dislike. Considering 93% of consumers prefer brands recommended by friends and family, it’s apparent that gaining consumer trust is a high priority.

Distrust infiltrated the brand and consumer relationship due to the convergence of new media, technology and marketing. This convergence occurred in an era when mass media underwent a historic dip in trust amongst Americans. In the last two decades, social media, blogging and mainstream media collided, changing the marketing landscape forever. Publishers were forced to compete with the availability of free content, making their subscription-based revenue models obsolete. As a result, publishers turned to the ad-revenue model, leveraging website traffic to sell ad space. The ad-revenue model caused the normalization of content quantity over quality, but it was also the catalyst for consumer distrust.

Between 2005-2015 there was a 38% decline in employed journalists: Publishers cut more than 260,000 jobs. Between 2008 and 2019, the number of newsroom employees declined by about 23%. By 2016-2017, an average of 400+ forms of content was being published daily by outlets such as The New York Times and BuzzFeed. Modest job growth occurred in the digital-native news sector. Since 2008, the number of digital-native newsroom employees has more than doubled to about 16,100 in 2019. Those numbers pale in comparison to the more than a quarter-million jobs lost during the same time frame.

When quantity took precedence over quality, media platforms implemented tactics to facilitate as much web traffic as possible, including:

Staffing bloggers/influencers with personal connections to celebrities and major brands featured in their content.

In many respects, those tactics worked, but at what cost? Was the traffic worth years of opinions and misinformation being shared to the masses and perceived as fact, coming from historically legitimate publishers? Without a clear division between general content creation and journalism, public trust was almost guaranteed to decline.

In 2016 American’s trust in the media to “report the news fully, accurately and fairly” dropped to 32%, the lowest point since 1972. By 2020, 66% of Americans either didn’t trust mass media very much or not at all (33%). That’s no surprise when nearly 20% of engagement with the 100 top-performing news sources on social media was dubious—more than double from 2019. In a world where the timeline conflates information published from mass media and brands, one can expect audience distrust for one source (mass media) to be shared for another (branded content).

Less than 10% of readers recognized an article on a news website as an advertisement, even with a disclosure identifying it as an ad. A growing number of studies show that fewer than one in four people are able to identify a native ad in a digital news context. When it comes to facilitating consumer trust, proper context is the foundation.

Context is the key to winning consumer trust

Context is defined as the circumstances that form the setting for an event, statement or idea, and in terms of which it can be fully understood and assessed. In short, context is the comprehensive reasoning behind an occurrence. For marketers and advertisers, the “occurrence” they are focused on is consumer behavior surrounding the purchase, use and disposal of goods and services. We already know the usefulness of context—it’s how customer needs are identified and products are promoted across paid channels. However, in the era of big data, we’ve gone too far down the rabbit hole by turning it into a robotic process with the rise in contextual and behavioral advertising. The latter allows algorithms to inform ad placement on web pages based on the content of those pages. The former allows algorithms to select ads for users based on their browsing behavior.

Consumers are no longer oblivious. They know they’re seeing ads because they typed a keyword, visited a page with specific subject matter or spoke too loudly around a smart speaker. What’s worse, they can’t tell the difference between an ad and organic content anymore. Making ads feel more integrated, solves only the problem of disruptive advertising. Preventing consumers from seeing ads completely unrelated to what they’re viewing online does nothing for consumer trust; in fact, 96% of consumers don’t trust ads anyway.

Internet activity suggests consumer interests and tendencies, it does not suggest consumer truths regarding the way lifestyle and brand/product usage intersect. The consumer market is more diverse than it’s ever been, and this trend will continue. This means there are ever-evolving cultural values and socioeconomic influences driving consumer actions, which require deeper understanding than what hard data can give. In the pursuit of regaining consumer trust, we must find the balance between algorithmic efficiency and human touch in marketing. We can find all the data we need to understand consumer habits—but it takes empathy to find the “why” behind the data, and leverage that information to connect with consumer audiences in ways that are personalized, timely, intentional, meaningful and scalable across customer touchpoints. 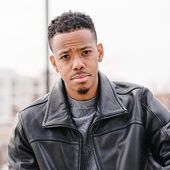