Skunkworks team member offers lessons for product marketers and agencies
READ THIS NEXT
Pro bono work—why a recession is the perfect time for agencies to invest
Credit: Tasty

As I sat on a Zoom film shoot in October, watching our now First Lady Jill Biden describe her family favorite chicken parmesan recipe, I knew it was special. “Food is love,” she said with truth and warmth that truly resonated, and was one of many stepping stones that helped to elect President Joe Biden.

A year ago, I was a Silicon Valley entrepreneur, building a data and measurement company for the media industry. In August 2020, I joined the digital partnerships team on the Biden-Harris campaign in the hopes of using my skills to help America. The learnings from this skunkworks team, the first of its kind on a political campaign, will impact future political campaigns, but are also deeply relevant to modern marketers.

So much of marketing and communications is crafting the right message for the right audience. Our team focused less on the message, and more on the messenger. We worked to determine who or what is the right messenger to make this message most impactful with a very specific audience. We focused on using different voices, authentic to specific communities, and reaching people in their natural online habitat. Authenticity is easy to say as a buzzword, but the reality of execution is quite different. We achieved it and achieved it at scale.

This innovation all came because of decisions at the top to invest in, monitor, and double-down on digital innovation. It’s thanks to the vision and extraordinary leadership of Jen O’Malley Dillon, Campaign Manager; Rob Flaherty, Director of Digital; and Christian Tom, Head of Digital Partnerships. America is lucky that all three will be moving with President Biden into the White House.

Skunkworks aren’t possible without strong fundamentals, digital table stakes like social media, communications, design, and paid media. The Biden-Harris team over-delivered on all fronts, and the successful strategies below are in addition to so many successes and innovations across the board. There’s no magic bullet, just a high-functioning team firing on all cylinders.

These five strategies started as skunkworks, but represent a new standard in authentically connecting with online audiences at scale, not just for political candidates, but for brand marketers as well. All the data used below is public or from Tubular Labs. The work was publicly reported, but this creates a cohesive playbook.

Over 164 million U.S. adults play video games and 75% of all Americans households include a gamer. It’s the leading form of entertainment today. We had a holistic gaming strategy to reach this group on their turf through Twitch, Animal Crossing, YouTube, and Fortnite. The Fortnite ecosystem is actually a developer platform where build teams can create custom games and worlds inside Fortnite. We collaborated with a creative developer team to build a 6 challenge, speed run (that managed to include an ice cream color challenge as well as clean energy policy). The game had 18,000-plus players in 10 days with an average engagement time of 12 minutes. It was widely and positively covered in the press (Mashable, USA Today) and influencer streaming generated more than four million social media impressions.

This brings us back to Jill Biden’s chicken parmesan. The Biden-Harris campaign was the first political campaign to embrace branded content at scale, including paid content partnerships with publishers like BuzzFeed, Teen Vogue, PopSugar, Pet Collective, Mitu and more. Biden entered the campaign at an extreme social media disadvantage to Trump and borrowing audiences from leading social publishers and influencers across the internet was a way to level the playing field. During the campaign, the average Jill Biden video got 25,000 views/video on Facebook and 422,000 views/video on Instagram, her dominant platform. Jill Biden’s Chicken Parmesan recipe with BuzzFeed Tasty generated 3 million organic views on Tasty’s Facebook page, 830,000 on Tasty’s Instagram, millions more on paid impressions through BuzzFeed, and another 1 million-plus organic views on Jill Biden’s own Twitter and Instagram. The content hit the bullseye, capturing the essence of Jill Biden’s authentic self, aligned with Tasty editorial, and accomplished a campaign goal of connecting with Facebook moms. It took a message which would have reached 630,000 viewers on Jill Biden’s own social channels (without Tasty's involvement), and multiplied more than 10-fold the reach in a key demographic.

Across the Biden team and agencies involved there were scores of people focused on influencer outreach and engagement. One group focused on major celebrity endorsements, such as The Rock and J.Lo. The Digital Partnerships team focused on enabling influence broadly: working with star creators, micro-influencers, and using software to empower broad “brand ambassador” sharing. The creator work focused on mobilizing young audiences: for example, pairing Biden’s granddaughters with influencers for Instagram Live talks, or this Liza Koshy interview. Micro-influencers (1,000-100,000 followers) were about mobilizing local followings or niche communities (for example, Philadelphians, vegans, crafters). This group was nurtured, communicated to, and enabled with content and messaging at scale. At the base of the broad scale influencer effort was Greenfly, an app managed by the campaign with a library of approved social assets, which influencers, surrogates, and everyday people (“brand ambassadors”) could easily upload to their social handles and share. A system like this does not get you an endorsement from The Rock, but it does create a systematic way for Biden supporters (whether that be LeBron James or a campaign staffer) to share inspiring campaign art on Instagram with suggested social text in under 1 minute. If your social feed was flooded with Biden-Harris content it was not an accident, there was a sophisticated team with data, content, software, and relationships making this happen.

As a social platform, TikTok is truly next level in terms of the creator tools, viral loops (ability to create, follow and amplify trends), content surfacing/recommendations, and influence with Gen Z. If you’re looking to reach Gen Z (and an increasingly wider audience), TikTok is an absolute must. I can’t tell you all the ways we used it, but I will tell you it was unbelievably powerful. To get a feeling for the amazing organic content, merely look at the #Biden2020 hashtag on TikTok—the content is hilarious, poignant, and truly impactful.

Facebook publishers generate massive social reach. Partnering with Facebook pages is the fastest way to 10 times your online video views out of the gate. The Digital Partnerships Team worked with Occupy Democrats and a broad range of progressive pages and creators. For example, a group on the campaign organized a moving virtual vigil for Ruth Bader Ginsburg, which it aired on campaign social handles. To ensure more people could experience it, the Partnerships team worked with Occupy Democrats and NowThis to cross-post the livestream, adding over 400,000 views. This is just one example, and the Biden-Harris campaign hosted thousands of livestream events. Interestingly, this Facebook partnership also works in reverse: Fatherly asked to book now Vice President Kamala Harris' husband and Second Gentleman Doug Emhoff on their “Ask a Grown-Up” video series on Facebook. The series averages 40,000 views/video on Facebook, so we asked to post the content on Doug’s own Instagram handle as well. On Doug’s Instagram, the video generated over 1 million views and trended for his answer about the need for men and boys to “support the strong and wonderful women in their lives.” This open-exchange, sharing, cross-posting of Facebook content often creates a 1+1=100 scenario.

An important message deserves to be seen, so give it a fighting chance online. This work, side by side with every organizer, staffer, volunteer, and 81 million Americans made this presidency possible. But it's just the beginning. As President Joe Biden says, America is facing four interconnected crises: the pandemic, resulting economic downturn, climate change, and a racial equity reckoning. Digital is just as important to winning on these issues as to winning an election. There’s a lot of work to be done, and I for one am excited about who’s in charge. 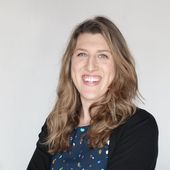 Allison Stern is an entrepreneur, digital marketer and technology executive, who worked as a digital partnerships manager on the Biden-Harris campaign. Prior to the campaign, she was the co-founder and chief marketing officer at Tubular Labs, the measurement standard for online video.