Opinion: How brands treat their partners now will have consequences for their post-pandemic potential | Ad Age
Skip to main content
Sign In Register

'Big clients are going to have to understand, when this is all over, we are not going to be able to carry big receivables the way we used to'
READ THIS NEXT
Pro bono work—why a recession is the perfect time for agencies to invest
Credit: iStock

It may be hard to imagine right now but, sooner or later, the coronavirus situation will begin to resolve itself, the number of new cases will fall, the risk factors will start to settle and all of us will start to think about getting back to normal—whatever the “new normal” turns out to be.

Suddenly, everyone will be trying to get back up to speed as quickly as possible to recover the ground they have lost during this incredibly challenging period in the world, and in our business. This will apply to brands, agencies and creative partners, all of whom will be looking to bounce back and get to work.

Mark Cuban has suggested that how brands treat their workers in this crisis will define them “for decades”; in the marketing arena, they will also be defined by how they communicate with their customers, how direct and honest they are, how “authentic” they are and how they demonstrate what they stand for through their actions.

But there is another issue to consider. The way brands treat their agencies, vendors and creative partners during this challenging time will have serious implications for their ability to get their marketing back on track once things pick up again. It will be much more challenging for companies who have damaged their relationships with valuable creative partners to re-enter the creative marketplace and produce work effectively.

Related articles
AICP calls out brands for owing hundreds of millions in late payments amid coronavirus pandemic
Ann-Christine Diaz
Payment terms for agencies keep going up and shops are losing leverage, according to a new survey
E.J. Schultz
Opinion: How advertisers' long payment schedules are hurting the creative process
T. Alex Blum
How marketers responded to the coronavirus in the first three months
Ad Age Staff

Here are some things for marketing organizations to consider before they make decisions about how to proceed during this unprecedented time:

Learn how to communicate now with your creative partners

With the rise of in-house agencies and the disintermediation of external agencies from the creative production process, advertisers are already having to get smarter about how they manage their overall marketing ecosystem. For most marketers, the process has become much more hands-on.

Now that we are facing a major business dislocation, they are going to get a crash course in the realities of this evolution. There will be winners and losers. Decisions driven by short-term expediency to unfairly off-load the costs of this disaster onto vendors and partners may seem easy now, but they will surely have consequences later.

Large advertisers with significant buying power have often revealed in the past that they don’t really understand how to communicate effectively with their partners in the creative production process. Over the years, efforts by P&G, GM and many others to implement production rosters, payment practices, bidding platforms, guidelines and so on, have often shown a lack of understanding of the business models that determine the success, and even survival, of smaller companies.

This may be an unfamiliar thought process for a lot of marketers working internally at brands, but they would do well to pay attention to the decisions that are being made today by their indirect procurement and finance departments.

Now is the time to take responsibility for the health of your relationships with valued creative resources.

Of course, everyone will want to get back to work once this is over, but ongoing relationships will determine how easy or difficult that turns out to be.

A serious dislocation like this pandemic is going to wreak havoc in an industry where some of the most creative resources in the supplier set are small, independent companies, ill-equipped to weather an economic storm of this magnitude. Many small creative shops, both agencies and producers, are laying off staff already.

The Association of Independent Commercial Producers has identified approximately $200 million in outstanding payments owed to creative production companies for work already executed for advertisers. These are relatively small companies that can ill afford under the best of circumstances to carry debt for production costs and payroll they have already advanced on behalf of agencies and clients.

Brands would be wise to make a serious effort to analyze their accounts payable now, and make sure that they are dealing fairly with agencies and vendors that they will need in a few months when they are rushing to refresh or re-focus their messaging by getting work back online, into social channels and on the air.

One prominent production company owner I spoke to said, “These big clients are going to have to understand, when this is all over, we are not going to be able to carry big receivables from them the way we used to, and it’s going to take a long time for us to get the cashflow sorted out. It’s not going to just go back to business as usual overnight and, by the time it does, a lot of smaller companies will be gone.”

During the SAG strike of 2000, in the days when I owned a global production company, US production companies were flocking to produce work in Canada because the strike was disrupting production all over the U.S. Toronto and Vancouver were deluged with American work—crews and stages were overbooked and scarce, and American producers were challenged to get their work produced at all because of availability of resources.

My company had maintained a close relationship with an established Canadian production company for years; I resisted countless offers from competing Canadian companies to work with us, as well as pressure from inside my company to engage in business practices which would have damaged the trust between us and our Canadian partner. The attention I paid to that relationship over the years was paid back in six short months when we were able to produce several large projects in Toronto during the strike, including a spot for Buick with Tiger Woods. Because we were able to capitalize on our Canadian partner’s relationships in their home market, we were able to get our work produced, while many of my competitors were sitting on their hands back in L.A.

Lots of words have been spent over the years on the subject of breaking down silos and fostering communication in large organizations. It was always important, but now it’s become essential.

Finance, procurement, operations, marketing, C-suite—now is not the time to make decisions in a vacuum. The marketing organization is going to be a significant driver of a company’s success in shaking off the effects of this challenging situation. Breaking down internal barriers and getting the whole organization pulling in the same direction with a clear mission will be essential, and marketing organizations need to be prepared to lead the way.

Don’t let short-sighted decision-making get in the way. Most likely, you won’t get many chances to get it right. 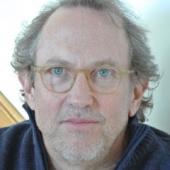