Opinion: It would be easier if we could just buy 'TV' | Ad Age
Skip to main content
Sign In Register

Opinion: It would be easier if we could just buy 'TV'

The industry should cooperate to allow marketers to plan, buy and measure audience-based campaigns across the linear and streaming universe
READ THIS NEXT
4 ways to combat burnout and ensure that leaders of the future can succeed
Credit: iStock

Despite a flourishing ecosystem of TV technologies and platforms, there’s a surprising contradiction at the center of the advanced TV universe. While consumers have more TV watching options than ever, fragmentation has added complexity for buyers.

Alongside traditional linear TV, marketers must now contend with disparate providers and delivery mechanisms, including OTT, CTV and AVOD that don’t necessarily play well with each other.

The result? While TV viewing is up, executing a coordinated buy across the viewing universe has become increasingly complicated. Advertisers are forced to construct a linear strategy, an OTT strategy and a digital video strategy—not to mention discrete strategies for individual platforms within these categories.

Wouldn’t it be easier if they could just buy “TV”?

Consumers don’t care where or how they are watching. Whether it’s linear, OTT, or VOD, to them it’s all TV.

For the industry, it’s much more complex. By splintering into separate camps and platforms, we’re not delivering on the most important part of TV’s transformation from traditional demographic buying to audience-based buying. Namely, making it easier for advertisers to reach highly specific audience segments at scale wherever, whenever and however they’re watching.

It’s not that great audience segments aren’t available, it’s that they’re available in different offerings from content owners, tech vendors and distributors. It’s up to a buyer to coordinate efforts across different systems to achieve necessary scale. That’s anything but easy when there’s no standard currency for defining audiences or measuring results across the different platforms.

Part of the problem in creating shared standards for multiscreen audience-based TV advertising comes down to lessons the TV industry has taken from the digital world: That in order to win big—think the Google and Facebook duopoly—you need to be a walled garden.

Building upon this logic, TV inventory owners and platforms are understandably reluctant to open their inventory to cross-platform interoperability. Why cede the potential of building an all-powerful walled garden of their own, if that’s the path to becoming a TV “winner?”

The flaw here is that no single TV inventory owner or provider will ever be able to assemble enough scale to match Google or Facebook.

Google and Facebook have a huge advantage when it comes to inventory. They don’t have to create it. They simply monetize what others are creating, including social media posts and internet searches. Because of the significant time and expense involved in creating TV content, TV programmers don’t have this luxury.

The other issue is that there’s no path for a single TV programmer to control as great a share of the TV content market as Google does with search, and Facebook does with social networking. Even the largest TV networks control only a fraction of overall TV inventory. The same also applies to scale of data. While a network might have reach, it lacks the necessary first-party data to increase the value of its inventory. And while distributors might have the first-party data, they lack native scale.

Giving up a little to get a lot

If individual providers and networks can’t build their own Google or Facebook, what can they do to best position themselves for the fast-changing TV landscape? The answer is a shared approach, with the industry working together to provide a simple, unified front to the buy-side that enables marketers to plan, buy and measure audience-based campaigns across both linear and streaming TV.

The good news is that working together doesn’t have to be a difficult proposition. In fact, we already have models for how this type of industry cooperation can work.

Nearly 40 years ago, local cable markets were operating in silos, making it difficult for advertisers to construct nationwide TV buys across cable distributor inventory. The problem was solved with the creation of a shared platform that pooled the inventory of the various distributors in a single space, enabling advertisers to easily put together buys across the entire ecosystem. It’s a system that’s still in place today, now with telcos and satellite companies participating alongside the founding cable players.

A more recent example of industry cooperation would be the success OpenAP has had in helping major programmers simplify buying across different networks through shared audience definitions.

The significance of simplifying for the buy-side can’t be overstated. If marketers simply throw up their hands at the complexity of the advanced TV ecosystem, the dollars will go elsewhere. Alternatively, a collective approach that makes it easy for buyers to spend raises the value of everyone’s inventory.

Forty years ago, cable competitors realized they were stronger together than apart. It’s a lesson the industry would do well to take to heart today. 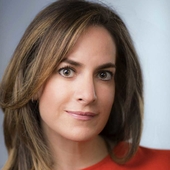 Nicolle and her team are working to build a smarter, more effective television ecosystem by empowering brands to seamlessly connect with audiences wherever and whenever they watch TV. Nicolle previously served as global chief operating officer at GroupM’s [m]PLATFORM where she led global product management, strategic partnerships and technology development across the largest media investment management organization in the world. Prior to [m]PLATFORM, Nicolle was a central figure in the success of pioneering programmatic advertising company Xaxis, serving first as global chief revenue officer followed by global COO.