Pitches are a huge effort for both marketers and agencies--here's how to get the most out of them
READ THIS NEXT
Opinion: Want stronger creative? Find the story in what you're selling
Credit: iStock

Let's all agree on one thing: Pitches are a huge effort, for both advertisers and agencies. They take a massive amount of time and resource, so it would be foolish not to make the most of the opportunity they present.

And yet, too many advertisers fail to prepare and thus risk getting a sub-optimal outcome. They think they can do this because media agencies, all agencies, are so desperate for business in an oversupplied market that they will participate and put their best foot forward, regardless of the terms of the brief and beyond.

But that's simply not true anymore. It might have been partially true in the past—although smart agencies have always opted to put their best people on the most attractive pitches—but it's certainly not true now.

So much business is up for grabs every year (we estimate there's been more than $15 billion in major media pitches in 2018) that agencies, who are under relentless pressure to deliver growth, have to make decisions about what they can afford to compete for. A big global pitch can cost an agency hundreds of thousands of dollars in additional costs, and that's without including the soft costs of shifting staff off existing tasks.

Our new research, conducted in partnership with the 4A's, highlights just where advertisers are getting it wrong. The central issue where so many marketers and procurement teams seem to let themselves down is the lack of openness with agencies on objectives and the process, especially around how agency efforts will be judged.

In an age of increased demands for transparency, this should be a two-way street and marketers have to be more transparent about their ambitions and objectives to create the foundations for a more trusting relationship with their agencies.

Advertisers that want to see the very best that agencies can deliver to their business need to ensure they prepare for their media pitch in three key ways:

First, they need to come to the pitch armed with a clear vision for what they want media to do. Many media pitch briefs I've seen are an exercise in exhaustive enquiry, written by advertisers unable to articulate what they actually want. The advertiser RFP for media should be focused on areas that are material to delivering business objectives.

Second, advertisers need to determine the detailed evaluation criteria upfront and be open about it. This includes being clear what percentage of the scoring is based on the commercial parts of pricing and fees and what proportion is based on the agency's capability, people and culture.

Finally, advertisers need to upgrade how they judge a media agency's buying capability. Media pricing exercises in pitches have become highly complex, with advertisers now demanding exhaustive calculations and an incredible breadth of pricing data from agencies. This is good business for the auditors for sure, but this creates a huge drag on agency resources that would add more value elsewhere. Advertisers need to be less demanding in this part of the process, and instead focus on the 80 percent of the media budget that takes 20 percent of the time to audit and then invest the time saved into new methodologies to more effectively audit digital media, especially where that is auction-based.

Our recent work with a global CPG business involved a few months of pitch preparation before the agencies were invited into the process. It is important to dedicate enough time to thoroughly prepare.

This helped clarify the ambition of the review, identify the internal stakeholders from across the business (and around the world) who would be involved in scoring the agencies and define the criteria for evaluation so everyone knew upfront exactly how 'great' would be judged.

Such work helps avoid confusion, subjectivity and internal politics, all of which can impact the result. Importantly, good pitch preparation will align the marketing and procurement organisations behind a common goal, a huge help to the participating agencies.

For this business, good preparation meant that their media pitch was a top priority for the participating agencies because it was clear what it would take to win. This allowed them to optimize their finite agency resources against the things that really mattered to that advertiser. It created a better result for the advertiser and was a better experience for all the agencies involved as a result.

In the words of Muhammed Ali: "The fight is won or lost in the gym, long before I dance under the lights."

The same applies for a great media pitch. 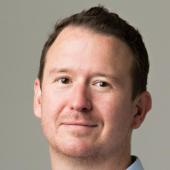 Tom Denford
Tom Denford is co-founder and CEO at ID Comms, a global marketing and media consulting business.
Follow View all articles by this author