What HBO’s ‘Succession’ can teach us about advertising

Ahead of Sunday's season two finale, the Roy family and their various hangers-on continue to offer plenty of takeaways for our industry
READ THIS NEXT
ESG advertising demands more than mere legal compliance

Boar on the floor scene from HBO's 'Succession.'

As an abashed former News Corp employee (thankfully at HarperCollins, one of the Murdoch portfolio’s least-offensive holdings), HBO’s "Succession" is my straight shot of Sunday-night dopamine. The show’s great even if you aren’t attuned to the devastating, thinly veiled media and publishing world portrayals—but it’s a lot more fun for those of us who are. And watching through the eyes of a current ad guy, there are still a lot of professional lessons to take away from the savage, but often insightful, Roy family and their various hangers-on.

In anticipation of the season coming to a close this Sunday, when we bid adieu to our favorite deliciously dysfunctional and unscrupulous family of one-percenters until next year, I bring you my favorite ad-world lessons learned and reaffirmed in the first two seasons of HBO’s latest tentpole show.

Roy family patriarch Logan’s go-to phrase, “What’s the protein?” is quickly becoming my internal mantra in all sorts of daily situations. Logan’s a busy guy who shoots from the hip, so he needs a quick phrase that helps get to the meat of the matter at hand—or points out the lack of substance in a given proposition (like his daughter Shiv’s much-mocked family memo).

“What’s the protein?” is great shorthand for stripping the BS out of the equation and weighing whether there’s real substance at the core of an idea or it’s just carbohydrate filler. I’ve toyed with “What’s the protein?” becoming my new go-to filter in creative reviews, briefing sessions and brainstorms, though I’d imagine my colleagues would prefer it doesn’t. Either way, try it the next time you need to quickly separate the wheat from the wagyu.

As a strategist, it’s always important to understand the blurred lines that customers create for themselves within a category. Some of the greatest brand repositionings worked because they pushed a product into a previously unthinkable new mindspace, like when pork was magically transformed into “the other white meat” and Snickers became a meal replacement rather than just another candy bar.

Cousin Greg(ory)’s line about not doing “white drugs” is an extreme but instructive example of the binary approach folks can take when deciding what to buy. To grow the market, you often need to convince reluctant buyers to flip their thinking completely and leave those often arbitrary distinctions behind. It certainly didn’t take long for Greg the Egg to cross the literal and metaphorical white drug line. How can you create a bigger tent for whatever widget you’re peddling?

You can't bullshit a bullshitter

One of my late grandpa’s favorite sayings was, “You can’t bullshit a bullshitter,” and I couldn’t help but think of those wise words when Tom and Greg tried to sell in the new ATN tagline (“We’re listening”) to “Fun Uncle” Logan.

Tom’s overeager “It tested great” elicited a withering “It tested fine” from a skeptical Logan, who had clearly read the research report, too. It’s a good reminder for those of us in the persuasion business that underestimating your audience comes at your peril.

The danger of underestimating your audience extends to the conference room, too. Who among us hasn’t tried to throw an acronym or euphemism into a client presentation as a way to obscure a somewhat disappointing result or to seem extra business-savvy?

But when Shiv’s husband Tom Wambsgans ("a smirking block of domestic feta”) is asked to justify his use of employees as human footstools during congressional testimony, his absurd corporate-spin response makes any self-aware viewer cringe. "Senator, I use a variety of target-oriented incentives to enhance optimal performance,” gets a derisive laugh from the congressional peanut gallery and viewers at home. All in all, Tom’s attempted deflection is a nice reminder that the world’s a better place when we leave the corporate-speak at home and stick to straight-shooting.

The magic of HBO

Beyond the valuable lessons hidden within each episode, "Succession" itself is another illustration of its parent brand’s airtight positioning. Every damn time I get ready to cancel HBO Now and put $15/month back in my pocket, they pull me back in (to borrow a phrase from another scion of a morally corrupt family business). With "Veep" and "The Leftovers" off the air and "Insecure" on hiatus, I was hoping I might forgo HBO for a spell and turn my attention to the ridiculous glut on other streaming platforms. But HBO did it again and pulled off another reason I can’t quit them.

In an era of abundant prestige TV, still no one comes close to the batting average and curated quality of HBO (unlike the fictional Waystar Royco’s portfolio of lowest-common-denominator entertainment offerings). Any aspiring premium brand should revere Home Box Office and its ability to deliver non-stop can’t-miss products for decades by refusing to compromise on quality. As viewing options multiply and “what to watch” becomes another trigger for choice-fatigue, HBO’s reputation for backing mostly winners becomes even more valuable. (Though its toughest test is coming soon, as it doubles its output under the WarnerMedia umbrella.)

I expect that season three of "Succession" will jump to yet another level of vitriol and three-dimensional chess-plotting, while offering more adland-relevant lessons just below the surface. For now, it’s definitely number one in this ad guy’s weekly TV queue.

Hat tip to No Context Succession (@nocontextroyco) for daily reminders of each episode’s standout lines, and the gems you might have missed the first time around. 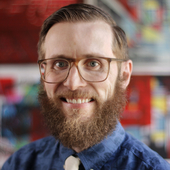