Nike’s incredible and epic two-minute commercial starring Colin Kaepernick won the 2019 Creative Emmy in September, marking another accolade this year for a high-profile commercial running more than a minute. It’s evidence that, while scurrying for answers to short attention spans, many marketers are also relying on longer ads to introduce compelling narratives.

The logic is that a fuller narrative cements a complex brand proposition. At Cannes this year, the research chief for one of the world’s biggest advertisers told me that he believes that “people need to watch the full commercial as it was created, period!”

My response: The full story is worthless if people turn away in the first second.

I say this because the world’s first research on how the human brain responds to digital advertising, particularly mobile, finds that the majority (67 percent) of ads are seen and registered in just four tenths of a second. What’s more, viewers experience initial attraction and repulsion impulses within the same amount of time—and reject ads faster than they embrace them. This is particularly true of video ads.

To determine how soon an ad registers in the brain, Neurons and MediaScience (commissioned by the Mobile Marketing Association in conjunction with the Advertising Research Foundation’s Radical Transparency Program) measured the brain activity of nearly 1,000 people. They gauged brain activity at 20 millisecond (two-hundredths of a second) intervals, tracking both attention and cognition—the processing of information and approach or avoidance. Then they measured participants’ responses to the first three seconds of ads that had proven effective, or ineffective, via other brand research measurement methods. They found that the overwhelming majority of ads that failed began to alienate viewers well before the first second had elapsed.

As a result, advertisers need to change their orientation toward attention­. Standards don’t dictate it; consumers award or deny it instinctively. That’s why one of the worst­—as shown by research—media buying strategies is to pay only for a full completed video view. Effectiveness doesn’t go up with time viewed, so the premium paid actually reduces ROI.

To win attention, we must turn the brand story arc on its head. Marketers need a first-second strategy.

With a first-second strategy, media becomes a more creative and scientific exercise. It turns out that millions of years of human evolution have created a number of predictable shortcuts in the human brain and, as a result, a common response to certain stimuli.

We react to colors and shapes before we register an image as a concept. An ad’s stopping power happens in the initial blur. We react emotionally to a moving image faster than a static one, and a hint of motion will speed up recognition of a static ad.

And images of people­, or parts of them, get our attention immediately.

Our brains have also developed the ability to detect eyes more easily. The implication for creative is that when eyes are visible, the direction of the gaze sends a message, either demanding attention or directing attention to another visual element.

After seeing this research, Hilton Chief Marketing Officer (and MMA board member) Kellyn Kelly had her marketing team rethink how they shoot the first second of video ads. “We have to create content differently because people are bombarded with it,” she told the audience at The Mobile Growth New York summit in July.

At a granular level, the 30 frames that constitute a second of video create the most critical communication in a campaign.

This calls for a different approach to focus groups and creative testing—one based in the science of how our brains process visual imagery. It also calls for a change in mindset—from buying ad exposure time and hoping for attention to designing creative to earn that attention in the first second.

We have less time than we thought, and viewability standards can’t solve the attention problem. Standards are important, but are not about effectiveness. Increasingly, how we start determines whether
we finish. 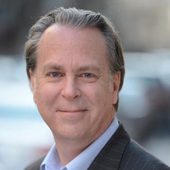 Greg Stuart is CEO of the Mobile Marketing Association.