Webby Awards CEO reveals how to cut through the clutter

'It’s much, much harder to cut through,' says David-Michel Davies on the latest episode of the 'Ad Lib' podcast
READ THIS NEXT
Frito-Lay snags Rick Astley for an ad—and he's never gonna give up snacks 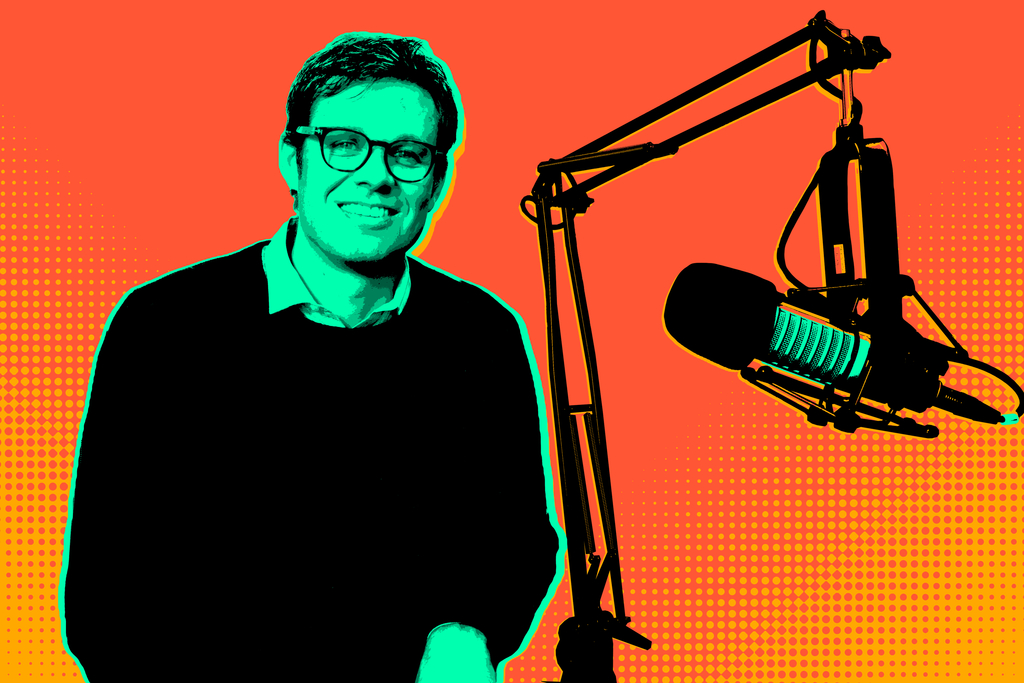 The Beastie Boys asked “Can anyone fix my computer?” Jimmy Fallon joked, “Thank God Conan got promoted.” Tim Berners-Lee, the father of the internet, cautioned: “Free, open … Keep one web.”

Each of the above quotes is an entire speech, uttered in different years while accepting Webby Awards, the celebration of all things excellent in internet. Famous in part for those acceptance speeches, which are limited to just five words, the Webbys are in their 24th year. Accepting his lifetime achievement award in 2005, Vice President Al Gore, not the father of the internet, implored, “Please don’t recount this vote.”

“We recognize the best of the internet and the people who make it,” says Webby CEO David-Michel Davies on the latest edition of the “Ad Lib” podcast. “Recognizing the best stuff out there sets the bar.”

It turns out being the first to give out an award in a space makes you something of an authority. David Bowie was an early Webby judge. “David Bowie turned out to be super into the internet really early on,” Davies says. “He was a very tech-forward guy super early on. He wanted to see what the best websites were. It was a good way for him to keep up with what was going on.”

There has never been more going on—and the bar has never been higher. Last year some 13,000 Webby wannabes submitted their work to 3,000 judges in 30 countries. Davies expects that number to be higher this year as submissions for what’s been called the Oscars of the internet trickle in for everything from best sports app to best branded pharmaceutical content to best real estate website to best scripted podcast. The event draws tens of thousands of submissions every year, celebrity heat and media buzz.

People still like the internet in spite of it all.

“When we started, websites were the thing that happened on the internet. There was very little other stuff. There was email. There was ICQ for any of you old people like me out there,” says Davies, who reflects on the changing nature of what the “web” even is in 2019. “A website is an interface for information. You start to see now different types of interfaces for that information. I would suggest something like Google Home or Alexa are actually other versions of interfaces for websites.”

Presented annually by the International Academy of Digital Arts and Sciences, the Webbys themselves have evolved over time to incorporate new categories like voice, which was introduced last year.

“Phones are really great, have been really amazing for the internet, have really distributed the internet in so many different places, but have also created very singular experiences where a lot of people are looking at their phone all the time, myself included,” Davies says. “With voice you have a lot more opportunity for shared experiences.”

Of course as all things digital have become so deeply ingrained and entwined in our daily lives, cutting through the clutter has never been more difficult. Especially when catering to peoples’ basest instincts has never been easier. On the podcast, Davies digs into the viral speech that comedian Sacha Baron Cohen delivered at the Anti-Defamation League last week in which he was deeply critical of social media platforms for the spread of hate and disinformation. Baron Cohen called Facebook the greatest propaganda machine in history and railed against the so-called “Silicon Six.”

“I think it’s super fair to criticize Facebook or Twitter for promoting this stuff,” Davies says. “It’s definitely something that needs to be figured out, debated, discussed more. They’re definitely not doing a good job at whatever part of their responsibility is.”

For all of that, plus tips on cutting through the clutter, listen to the podcast above.