Cheddar's Jon Steinberg: Streaming live from a gas station near you | Ad Age
Skip to main content
Sign In Register

Cheddar's Jon Steinberg: Streaming live from a gas station near you 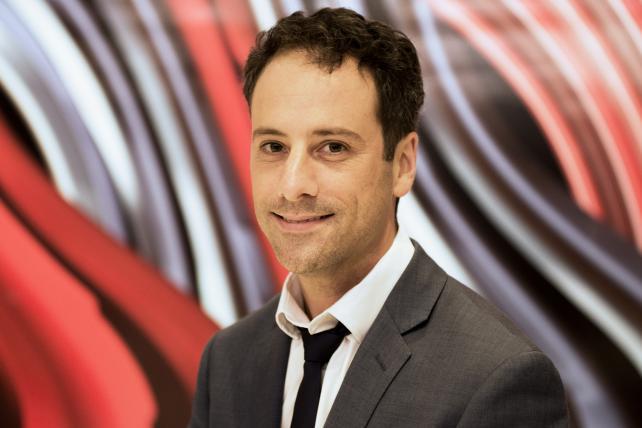 After a five-year stint at BuzzFeed, beginning in 2010 when there were just 15 employees, and a brief run as the CEO of DailyMail.com the last thing you would probably think to do is start a TV network. From scratch. Yet that's precisely what Jon Steinberg did. The former President and COO of BuzzFeed launched Cheddar Inc in 2016, a new media company with the initial goal of becoming the CNBC for millennials.

"I did a lot of CNBC while I was doing BuzzFeed. And I did it for two reasons: I always loved CNBC, that's what I watched growing up as a kid," Steinberg says on the latest episode of Ad Lib. "And I found it was really good for our advertising business. Basically every CEO or CMO, I could pick them off of the broadcast that I was on."

It's not even that the audiences were all that big. Steinberg estimates that CNBC's average minute audience peaks at around 150,000 viewers — and only about 30,000 to 40,000 of them are below the age of 54. "And CNBC does something like a billion dollars in revenue! I said, 'That's business I want to be in'," Steinberg says. "I want to be in a business where you make a billion dollars a year and all you need is to pull together 30,000 or 40,000 people who are not living in Florida."

Two and half years in, Cheddar is a bona fide media concern, a live and on demand video news network that broadcasts weekdays from the floor of the New York Stock Exchange, NASDAQ Marketsite, and the Flatiron Building in New York alone — and has raised $54 million in funding. You can watch it at home on your preferred over-the-top device, on your phone, airport lounges and even at the pump of your local gas station.

More recently, Cheddar has expanded beyond its financial roots into lifestyle and political news. Full disclosure: I myself have been on Cheddar twice to chat about Super Bowl advertising and Sir Martin Sorrell. Today, however, the tables are turned. We discuss the Cheddar business model, so-called skinny bundles, the future of over-the-top streaming video and where he goes from here.