MaxPoint Becomes First Ad-Tech Firm to File for IPO in Nearly a Year
READ THIS NEXT
Subscriber Exclusive: May 11, 2020 issue of Ad Age

Wall Street is falling out of love with ad tech, and the feeling appears to be mutual. 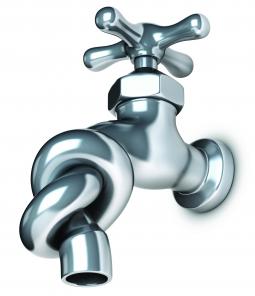 There were seven ad-tech initial public offerings between June 2013 and July 2014. Ad-tech companies accounted for about 6% of global tech IPOs during that period, in which PitchBook said there were 432 total IPOs.

Since then, there has not been a single ad-tech IPO. And there's been just one filing to go public.

Why? For one thing, Wall Street has been thrashing ad-tech stocks. Four of those seven companies that went public during the IPO flurry are trading below their opening prices. Tremor Video, for instance, went public at $10 per share and is now slightly north of $2 per share.

On Feb. 3, MaxPoint Interactive, a marketing automation firm that helps national brands target ads locally, became the first ad-tech company to file for an IPO in nearly a year.

"A lot of us are playing wait-and-see on this," said Mediaocean CEO Bill Wise of the IPO drought, noting that if the market is not going to give ad-tech firms the value they're looking for, then being subject to its rigors is not all that appealing.

But as the public market for ad-tech companies comes to a halt, private market activity is spiking. Eighty-two significant ad-tech deals were done in 2014 compared with 52 the year before, according to a count by investment firm Luma Partners cited by The Wall Street Journal.

Terence Kawaja, CEO of Luma, attributed the uptick not just to a down market, but a broadening pool of potential buyers. Suitors, he said, now range from consumer-facing companies such as Facebook to telecommunications firms.

But while it's cranking along -- big deals such as Yahoo's acquisition of BrightRoll for $640 million and Facebook's purchase of LiveRail for an estimated $400 million have grabbed headlines -- the private market may not be all it's cracked up to be.

You don't have to go far to find out who is getting blamed for ad-tech's bear market. Ad-tech executives have a quick answer: companies who presented themselves as ad-tech firms but were really dressed-up ad networks, meaning they own ad space and sell it via phone calls rather than facilitating sales through technology.

"Investors are having a tough time understanding what an ad-technology company is," said Tim Vanderhook, CEO of ad-tech company Viant, explaining Wall Street must decide if ad-tech companies are media companies or tech companies. "Until they figure out what that is and the valuations settle down, then I think everyone is pausing on where they're going," he added.