READ THIS NEXT
TiVo 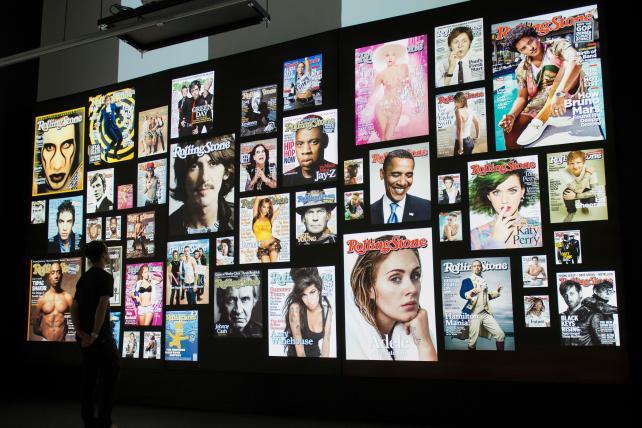 Rolling Stone co-founder Jann Wenner is putting his majority stake up for sale, ready to relinquish control of the magazine that has stood for the bible of pop culture since the late 1960s.

The magazine, known for cutting-edge music, political and cultural reporting, is the latest publication to give in after years of losing advertising and readership to nimbler online alternatives. Last month, the Village Voice, New York's alternative weekly, closed down its print edition.

When Wenner Media LLC sold a 49 percent stake in Rolling Stone to Singapore-based BandLab Technologies in September 2016, it was the first time Wenner had admitted an outside investor. The deal was an opportunity to take the brand into new and different markets, Gus Wenner, the company's digital chief, said at the time.

Wenner Media hired Methuselah Advisors to explore the sale, according to a statement Sunday. The company didn't say whether Wenner is in talks with any potential suitors. BandLab Technologies, a budding digital music company co-founded by Kuok Meng Ru, the scion of one of Asia's richest families, declined to comment on Wenner's latest statement.

Rolling Stone made its mark in the 1970s and 80s with cutting-edge music and political coverage. Gonzo journalist Hunter S. Thompson wrote for Wenner for decades, including publishing first in its pages "Fear and Loathing in Las Vegas," which later became a book and movie. And it published in-depth exposés, including the 11,000-word, 1974 story of how heiress Patty Hearst went from a kidnapping victim to radicalized guerrilla. A 2010 profile of General Stanley McChrystal by the magazine that included remarks critical of the Obama administration led to the general's resignation.

At least one recent attempt to continue that tradition of hard-hitting exposés turned into a major stumble for the magazine. Rolling Stone was forced to retract a 2014 article about a gang rape at the University of Virginia after its reporting was discredited.

The publication says it reaches over 60 million people a month. In the past three years, it has grown its digital traffic by almost 50 percent and monthly video views by more than 700 percent, according to its statement.

Since Rolling Stone's deal with BandLab, the company has struck a partnership with Heritage Guitar owners and developer PlazaCorp to turn a guitar-making site in Kalamazoo, Michigan, into a national music destination.

Kuok, the third son of Singapore-based agribusiness tycoon Kuok Khoon Hong, graduated from Cambridge University with a mathematics degree and launched BandLab in 2016 as a social network for musicians and fans. The startup is funded by private investors, including Kuok's father and JamHub Corp., a maker of audio mixers.

BandLab, his flagship business, is a cloud-based online community that allows artists to create, collaborate and share their music. In 2012, Kuok acquired Swee Lee, a sleepy 71-year-old distributor of guitars in Singapore and turned the company into a modern enterprise, selling merchandise online and offering music lessons. It's now the biggest distributor of instruments and audio equipment in Southeast Asia.

Other acquisitions include Composr, a European iOS and web music-making service, and MONO Creators Inc., the San Francisco-based design studio that creates high-end instrument cases, straps and accessories for musicians.