All the Production Moves From Around the Industry
READ THIS NEXT
All the latest production moves, hires and partnerships: March 25, 2020
Jean-Paul Frenay
Credit: Accomplice

Director/Creative Director/Artist Jean-Paul Frenay has joined the roster of Accomplice Media for advertising projects. Mr. Frenay has worked with brands such as Lincoln and Nissan, Toyota, Volkswagen and CPH Bank and agencies including Hudson Rouge and Digitas LBi. He has a diverse output, consisting of spots, music videos, short film, photographs and visual installations. 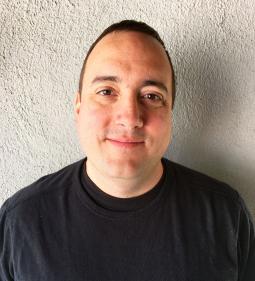 Editorial shop Stitch has welcomed Editor Gabriel Britz to its roster. Mr. Britz moves from Rock Paper Scissors and has worked on spots for brands including Honda and Expedia. He's also worked on title sequences for series including "Masters of Sex" and "Justified" and edited "Showfolk," a short film by former Wieden & Kennedy Creative Director Ned McNeilage, which was a 2014 official selection at the L.A. International and Tribeca Film Festivals. The film documented the lives of the lively residents of residents of the Motion Picture & Television Fund home in the San Fernando Valley in Los Angeles. 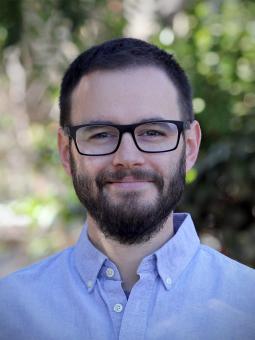 Director Clay Tweel has joined the roster of Community Films. He signs on fresh off the Sundance debut of his feature-length documentary "Gleason," about NFL vet Steve Gleason and his family's struggles after he was diagnosed with ALS. A native Virginian, Mr. Tweel made his directorial debut on "Make Believe," a documentary about six kids vying to be the best teen magician. It earned the 2010 Grand Jury Prize at the L.A. Film Festival. He was also co-director on "Finders Keepers," co-produced by Community Films, as well as the film "Print the Legend." 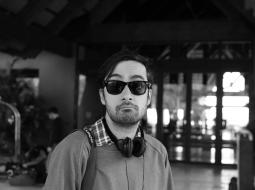 LEGS, the content production division of Milk Studios has signed Bo Mirosseni and Pensacola to its roster. Mirosseni began his career as an intern at MTV. He then went on to direct skateboarding and music videos and later, a spot for Virgin Mobile that landed him in the Saatchi New Director's Showcase at Cannes. His recent projects include films for Mercedes-Benz, Ray-Ban and Samsung. 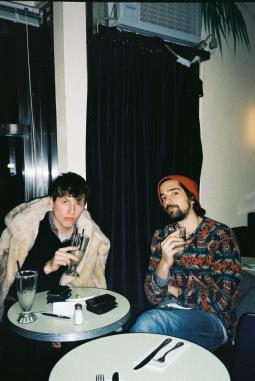 Lily Coates and Gavin Youngs, the directing duo known as The Apiary, have joined the roster of Wanda London. Known for their detailed approach, high-concept sensibility and their ability to bring a sense of still life to motion, they've created films for clients including Ikea, Nowness, Calvin Klein, I-D Magazine and Bang & Olufsen.

Director/Designer/Art Director Kyle Bean has joined the roster of Hornet Inc. Mr. Bean has directed films for Google, the Financial Times, Verizon and Kinfolk and has what can be described as a "tactile" approach that brings a sense of reality to things that appear polished and graphic. "I like that in the creation of something tangible you see the imperfections, how elements are combined, how materials are used," he said in a statement. "It creates an inherent humor, a story, that we can all relate to." Mr. Bean also works as a designer and art director, and has created illustrations, still images and short films for clients including Louis Vuitton, the New York Times, Prudential and Wired. 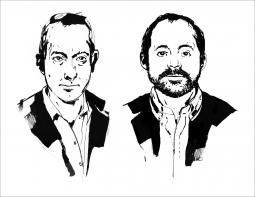 MPC has brought on board Alan Bibby as director and creative director and Dan Sormani as executive producer in its New York office. Mr. Bibby moves from Logan and has helped create ads for brands such as Mercedes-Benz, Google, Budweiser and Castrol. He's also worked on short films and music videos, including that for "Princess of China," featuring Rihanna and Coldplay. Mr. Sormani is an industry vet who last was the head of production at Goodby, Silverstein & Partners, New York. Prior to that he worked at Logan with Mr. Bibby, as well as other production shops Brand New School, Lifelong Friendship Society and Stardust.

Director Sam Jones has joined the roster of Harvest Films. Mr. Jones is behind the weekly DirecTV series "Off Camera," and directed the Showtime documentary "Lost Songs The Basement Tapes Continued." It highlighted new recordings of lost Bob Dylan lyrics by artists including Elvis Costello and Marcus Mumford.

Design studio Leviathan has welcomed Editor Kirill Mazor, Associate Producer Erica Grubman and Creative Developer Chris Hall to its ranks. Mr. Mazor, a film and cinema graduate of Columbia College in Chicago, founded experiential design studio Imago Collective in 2013. The company was behind interactive installations for the Electric Forest Music Festival. He went on to be assistant editor on feature documentaries "Is That You" and "Dancing in Jaffa."

Ms. Grubman, a University of Miami grad, moves from Chicago strategic design shop Otherwise, which she joined as content strategist then moved up to become producer and art director.

Mr. Hall graduated with a B.S. in computer engineering from Boston University and founded Patchy Projects, where he worked with performance artists to create interactive installations that were featured at Millennium Park, Lincoln Hall and the Museum of Science and Industry. He was also previously a software architect and consultant for Mobius and lead developer at TouchVision TV. 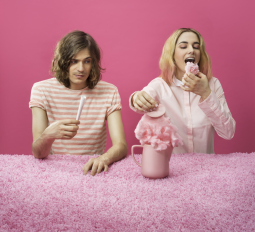 Directing team Julien Vallee and Eve Duhamel, better known as Vallee Duhamel, has joined the roster of 1stAveMachine. Based in Montreal, the pair boasts what they describe as a "high-class, lo-fi" aesthetic and experimental approach that combines playfulness and visual style, evident in work for Google, Samsung and Hermes as well as photography and installation projects.