Park Pictures, located in New York, Los Angeles and London, is signing director Georgia Hudson for representation in the U.S., U.K. and Netherlands for commercials, branded content and music videos. Hudson has worked on projects for brands such as Under Armour and Dick's Sporting Goods, and videos for artists including Pink, Loyle Carner and Glass Animals. Her Pink music video "What About Us" gained her a nomination for Best Director by the 2017 U.K. MVAs. She's currently directing the short film "Temper," an artistic documentary investigating youth culture and grief, slated for release in 2018. 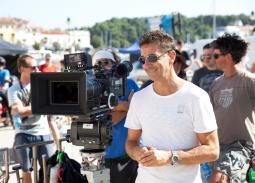 Great Bowery Film is adding London- and L.A.-based director Gerard de Thame to its roster. He has directed more than 500 spots for brands such as Adidas, American Express, Audi, Microsoft, Nike and Samsung, and has won numerous awards. His most recent endeavor was serving as both film director and creative lead on a campaign for One America Appeal, a 501-nonprofit founded by presidents Barack Obama, Bill Clinton, Jimmy Carter, George H.W. Bush and George W. Bush in the wake of the disastrous 2017 hurricane season. Most recently, de Thame was represented by Humble, where he worked with long-time collaborator Shannon Lords, who was an executive producer there as well and is now at Great Bowery. 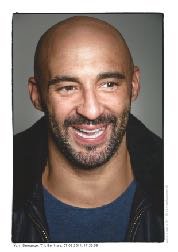 Reset is signing director Yann Demange to its roster. Born in Paris and raised in London, Demange has directed commercials, films and television. His first feature, "71," starring Jack O'Connell, was nominated for two BAFTA awards. His TV work includes the comedy-drama "Man in a Box," zombie drama "Dead Set," and the crime dramas "Criminal Justice" and "Top Boy." His latest project is the film "White Boy Rick," starring Matthew McConaughey, which will be released later in 2018. 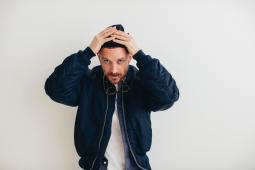 Blink is adding Thomas Bryant to its roster for commercials and music videos. He started out making fashion films for brands such as Nike, Northface and Sibling, and his immersive documentary approach has led him to do commercial projects for Samsung, Mini and the National Trust. Recent projects have taken him to Tobago for Virgin Atlantic.

Tool of North America is adding Christian Bevilacqua as a director. Joining Tool from Anonymous, he brings over 12 years of experience, and is best known for his VFX and technical work for brands like Xfinity, the NFL and Toyota. He has won multiple industry accolades, including a pair of Cannes Young Director Awards and multiple Creative Circle awards.

Nexus Studios is adding illustrator and designer Tuna Bora to its roster of directors for exclusive global representation, with her first self- directed (AR) project underway. Her work has been featured across the advertising, animation, games and publishing industries, and she was recently awarded with an Annie for Outstanding Achievement in Production Design on "Pearl," the first VR film to receive an Oscar nomination. Los Angeles-based Bora has also previously worked with clients including Google, Sony, Nickelodeon and Disney. 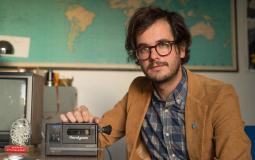 Strike Anywhere, the Los Angeles- and San Francisco-based production company, is adding comedic director Aaron Beckum to its roster. Originally from Kansas City, Beckum spent time at The Directors Bureau working as a creative director in Roman Coppola's Special Projects Division. He has made short films, music videos and commercials, working with clients like Johnson & Johnson, Microsoft, Redbubble and Sony Music, and is currently developing a feature film, "Microchip Blues," with the support of the Sundance Institute Feature Film Program. 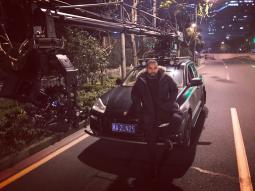 Caviar is signing British filmmaker Rohan Blair-Mangat for commercial and music video representation in the U.K., Amsterdam, U.S., France & Spain. His reel includes commercial projects for clients such as Adidas, Apple Music, Beats By Dre, BMW, Dazed, McDonalds, Nike and Vice, and last year he directed a short film to accompany "Bam" from JAY-Z's album "4:44." His interactive work for Geox won four Cannes Lions, a One Show Gold Pencil and FWA Site of the Day.

Backyard is adding comedy director Daniel Sheppard for U.S. commercial representation. He has directed spots for brands such as Wendy's, Advil, GMC, Walmart, Classico, Microsoft, Sprint, Canadian Tire and Tim Hortons. He is also the creative mastermind behind a satirical spin-off of the Cannes Lions: "The Dannes Lions." In addition to his new responsibilities at Backyard, he continues to direct spots out of Toronto-based Partners Film. 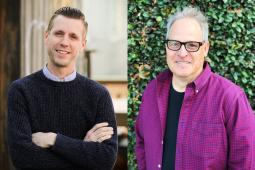 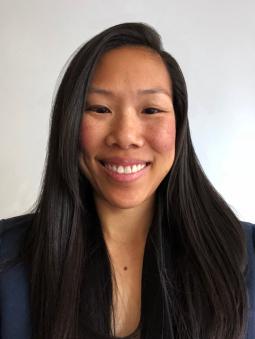 Arcade Edit is adding editor Ali Mao to its roster. Originally from Hawaii, Mao cut her teeth as an assistant editor at MFP, then worked as part of the all-female creative collective Indecent Exposure. She later joined Outside Edit + Design before moving to Arcade's New York office in 2015.