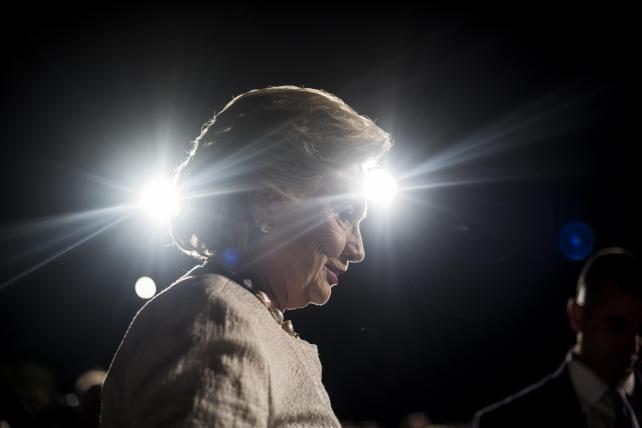 Why do I think of marketers as the out-of-touch political establishment (including the press), and consumers as the angry voters who gave Donald Trump such a resounding victory?

When Association of National Advertisers President-CEO Bob Liodice characterized today's marketing environment as "unproductive, unsustainable and undesirable," he could have been talking about the political environment prior to Nov. 8.

Consumers aren't happy with the big brands -- nine of ten are declining and losing share to store brands and upstart brands. And voters aren't happy with their elected representatives -- voters kicked out a lot of incumbents, and the Republicans now control a record 69 of 99 state legislatures across the country, according to The Wall Street Journal.

The problem, as I see it, is that both marketers and the political establishment are quite satisfied with the way things are going. They talk to each other, and they are convinced that the way they think is the way the world works.

And the press only reinforces their self-satisfied views. As Brad Hamm, the dean of my alma mater Medill, put it: "The problem for most national media and national-level reporters, but natural in a way, is that they are mostly based in NYC and Washington. It becomes the prevailing viewpoint. I always thought the Weather Channel showed far more of America because it was based in Atlanta. Their view of weather wasn't two inches of snow in Central Park."

What gets me is that the press too often thinks there's something slightly wrong with people who don't share their views. "Nobody in my yoga class was for Trump," a female reporter joked the other evening on a TV panel show.

To me, Hillary Clinton lost the election when she contended that Trump supporters belonged "In a basket of deplorables." Some of those deplorables would have probably voted for her, but not after she insulted them further by saying half were racist, sexist, homophobic or xenophobic.

The press, for the most part, didn't see her remarks as a knockout blow because they believed her characterization.

Getting to understand viewers and readers and consumers on a deeper level is crucial in both journalism and marketing. As Mr. Liodice said at the ANA conference last month: "Brand building has become much more than simply talking about your brand. It's about making deeper emotional connections with your consumer. A new ANA marketing disruption study found that in 2016 it is no longer enough for marketers to manage the levers of product, price, place and promotion. They have to create closer relationships with their customers in a most meaningful and enduring way."

I'm not sure, for instance, whether Trump supporters give a damn about purpose-driven marketing. I get it that millennials want to work for companies with a purpose, but should marketing campaigns be run to appease employees or appeal to important consumer segments?

Isn't it presumptuous to think that consumers who voted for Donald Trump would be motivated by the same sales appeals that resonate with Hillary Clinton supporters? Compounding the problem, most agency creatives are of a liberal bent, and they don't pretend to understand what motivates angry Trump voters anymore than most journalists do.

So how will the marketing community react to the divergence driving America? Do they need to create divergent campaigns to appeal to the two starkly different segments? Or will they ignore the differences and try to appeal to everybody?

One hint: Angry consumers are not going away just because their candidate won the election.