What's this?
This content is created by an Ad Age Publishing Partner. Find out more about this program.
Sharethrough

In the advertising industry we often get stuck in our own world of platforms, data, GRPs, etc., and lose sight of how real humans are consuming media and reacting to advertising formats. To help ground us on the current state of video advertising, we compiled industrywide research, demographic studies and actual footage of real humans' video consumption behaviors. What it revealed is a massive growing population of people who can no longer be interrupted with TV or pre-roll ads as well as emerging ad formats that are effective at reaching these "uninterruptibles."

Think about the last time you watched live TV. What did you and anyone else watching with you (regardless of age) do once it cut to commercial? Chances are you all picked up your phones instead of watching the ads. Studies show around 87 percent of consumers use a second screen while watching TV (Accenture) and with the growth of DVRs, 86 percent of people always fast-forward through ads (YouGov for Deloitte).

The same behaviors are prevalent online as well. When that pre-roll starts, consumers are doing whatever they can to not pay attention. About 90 percent of consumers now skip pre-roll by changing tabs, not paying attention or hitting that "skip ad" button when possible (ORC International).

If you don't believe the research on "real human" behaviors, then you at least have to believe the memes. Skipping pre-roll has become such a part of culture that it is now the punchline in the types of memes that define our culture. Scroll through Instagram or Reddit, and you'll see hundreds of memes like these. 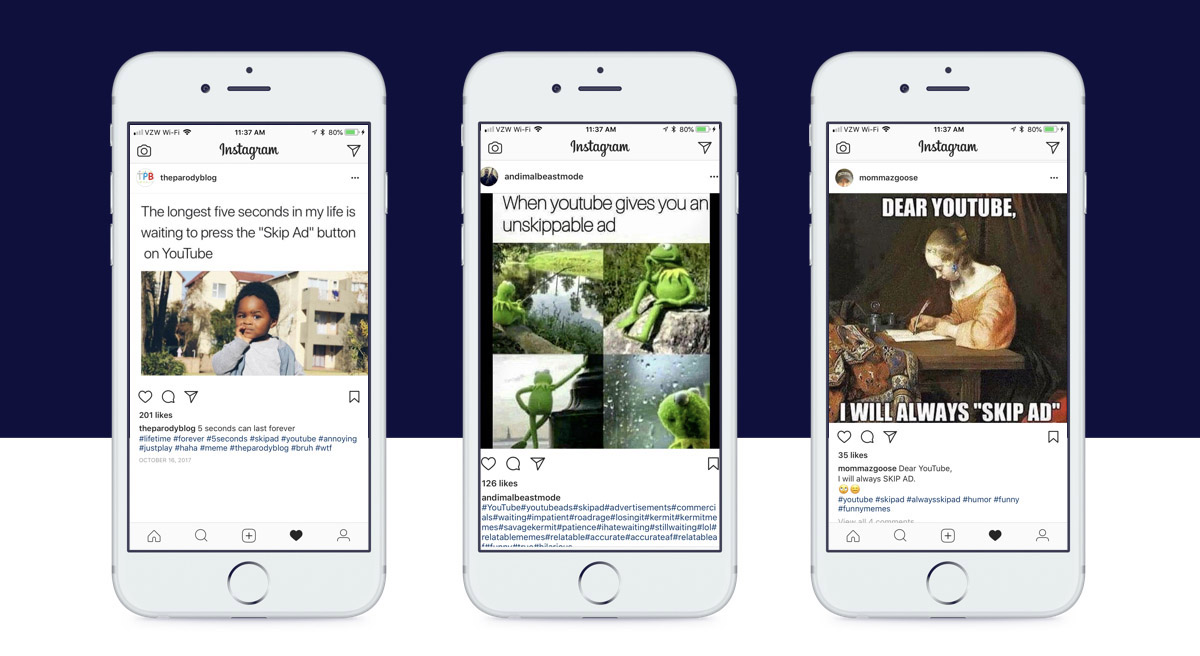 This does not mean TV or pre-roll ads are ineffective. If you can interrupt your audience and get them to sit through your ad, of course it is effective. What you cannot deny is we have a massive and growing population of consumers who cannot be interrupted.

Therefore, if your video media mix only consists of TV and pre-roll ads, then you are significantly diminishing your ability to reach these second-screeners, pre-roll ignorers, "skip ad" enthusiasts and DVR skippers. What you are left with is an old-school TV audience because, according to Nielsen, the only age group watching more TV is adults 65 and older. Yet, studies show even the majority of TV viewers 55 and older use a second screen. So TV and pre-roll advertisers hardly have the undivided attention of any age group.

Meanwhile, nearly every day in the trades you see headlines about the lengths brands are going to in adapting to the "modern consumer," which they usually just label as "millennials." For example, CPG brands are creating more "ethical" snacks, or car companies are creating more high-tech cars, or retailers and hotels are redesigning their locations to fit with the expectations of this modern consumer.

However, a huge disconnect exists between how much time and money we spend to adapt to this "modern consumer" and how we communicate with them. Especially considering around 74 percent of video budgets go toward interruptive TV and pre-roll formats that this "modern consumer" ignores and, in many cases, despises. (The exact spend by video ad format is not readily available, but the most conservative estimate from Zenith's March 2018 Ad Expenditure Forecast is 74 percent.)

The risk of interruptive ads on mobile

At minimum, advertisers risk being ignored through interruptive video ads, but they also risk alienating audiences who hate being interrupted, especially on mobile. EMarketer reported that in 2018 78 percent of video views will occur on mobile phones and mobile video ad spend will surpass desktop.

But what do real humans think of pre-roll on mobile? Millward Brown's Global Ad Receptivity Study shows pre-roll on smartphones has the most negative consumer reaction versus TV, desktop or tablet.

If people hate pre-roll, especially on mobile, and 91 percent of millennials consume and discover content in some form of publisher or social content feed, then the only video ad formats that make sense are ones that earn attention instead of forcing it and fit natively with the user experience. These formats are now labeled "native outstream." The following chart explains how native outstream fits into the digital video marketplace.

Overwhelmingly, people prefer these social and native outstream ad units because they respect the user experience by allowing users to choose to watch or keep scrolling. A Sharethrough millennial study revealed 79 percent find these video ads convenient and 70 percent read the headline while they watch the video, which becomes very important to the performance of native outstream video.

With that background, here are the three main ways advertisers are delivering performance with native outstream:

Because native outstream respects the user experience and people choose to watch instead of being forced to watch, it repeatedly delivers higher brand lift than pre-roll. In fact, a brand recently ran an A/B test of the same ad as YouTube pre-roll and as native outstream on the Sharethrough platform. The Sharethrough ads delivered a 45 percent lift in unaided brand awareness while YouTube delivered 0 percent lift. This is likely due to the point I made earlier: Real humans wait for the "skip ad" button to show up and don't pay attention to the ad. But because consumers choose to watch native outstream, it's no surprise they are significantly more likely to remember what they watched and read.

Our natural behavior while scrolling through content feeds is to read headlines and decide if we want to watch, click or keep scrolling. Those few seconds of undivided attention reading headlines can be very impactful for brands. Consider the image below of two Schwab video ads. Even if you only read the headline and watch just a couple seconds of the video, you are now aware that Schwab offers $6.95 online equity trades. Whereas without the headline, if you watch for a few seconds then keep scrolling, you never get that message. That's why we typically see the inclusion of a headline results in 9 percent higher lift in awareness and 37 percent higher completion rates versus not including a headline.

This headline analyzer is a great tool to help write more effective headlines.

All this allows brands to repurpose video and amplify impact.

The most surprising thing we have learned over the past few years of studying native outstream is that brands that simply add headlines to the same straightforward videos they are running as pre-roll are often more effective than those creating custom "native" long-form videos. In fact, 68 percent of videos on the Sharethrough Exchange are repurposed 6-, 15- and 30-second ads.

Now that nearly all major DSPs support native outstream, it has never been easier to include it in your video media mix and significantly increase your ability to reach the massive growing audience of "uninterruptibles." 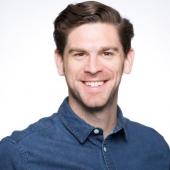 Frank leads market development for Sharethrough, meeting with the world's largest brands, agencies and publishers to consult and educate on strategy and best practices for native advertising. Frank is a digital advertising industry veteran, beginning his career working for clients including Nestle, Pfizer, and Wyndham on the agency side and then opening up and growing Sharethrough's East Coast headquarters in New York. In 2014 he was a recipient of the iMedia Rising Star Award.