The U.K.'s Marketing Society gathered chief marketing officers together to discuss what they regard as the elephants in the room that make for uncomfortable conversations. Here's what they talked about at an Advertising Week Europe panel: 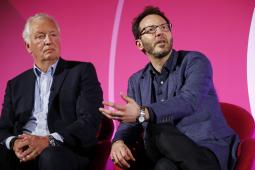 Mr. Al-Qassab said that in the old days when he did print and billboard ads, he wasn't called a "paper marketer" as he is called a "digital marketer" today. The word digital moves the focus to clicks and likes, rather than customers, and is used heavily in briefs sent to agencies, he said, leading to 300 social media ideas from the agency, and clients asking for something that will "go viral."

"Write a brief that's about your customer and business results you hope to achieve," he admonished. "Let's talk about target audience and how to sell to them."

Lisa Gilbert, an American who moved to London about five months ago as chief marketing officer at IBM for the U.K. and Ireland, advocates what she calls straight talk. 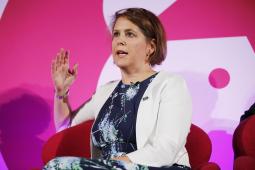 "It gets rid of ambiguity and gets straight to the truth," she said, conceding straight talk might be considered rude and that there are cultural nuances to consider. "But if used with care it can be an amazing tool. You have to have the courage and emotional fortitude to deliver straight talk. It's hard to have honest conversations."

David Wheldon, chief marketing officer of Royal Bank of Scotland, said he actually has a small elephant in the office meeting room precisely to remind people not to ignore the elephant in the room. He said he also serves as president of the World Federation of Advertisers, and in that capacity he finds that digital practices aren't transparent enough about how data is being used. He also has concerns about ad fraud.

As marketing head of a bank, "We need to be transparent. You need to know what we're doing with your money," he said, adding that he'd like to see other parts of the marketing ecosystem held to the same standard.

Mr. Trott cited a study that found 89% of advertising isn't noticed or remembered. He said that with total U.K. adspend at $26 billion, that's billions of dollars "of background wallpaper."

He also criticized marketers for allowing very junior clients to judge campaigns in the early stages, often knocking out the riskiest work so that senior clients only see a few ideas at the end and wonder why the agency didn't do better.

In rebuttal, Mr. Wheldon stressed marketers' responsibility to train less experienced execs: "You don't get great future clients by saying 'I'll do all that and you can bugger off'."