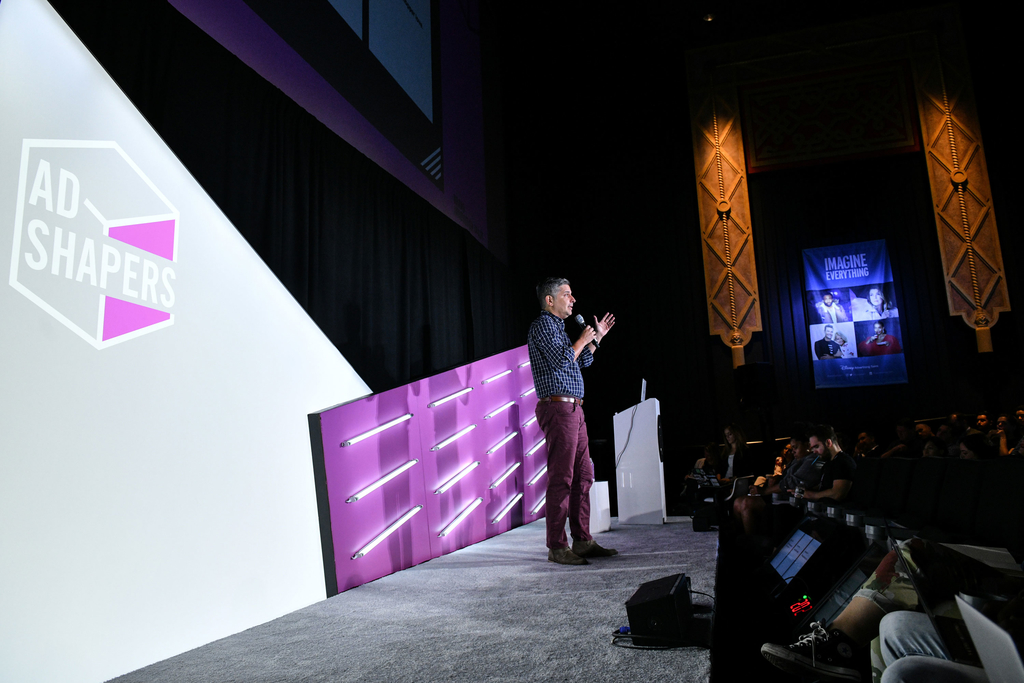 Fernando Machado, Global CMO of Burger King, presenting "Be Afraid. Be Very Afraid. But Do It" at Advertising Week New York, on September 24, 2019.

Comscore’s fraud settlement
On the second day of Advertising Week in New York, some big industry news came out of the U.S. Securities and Exchange Commission. As Ad Age’s E.J. Schultz reports, the SEC announced that data measurement company Comscore and its former CEO Serge Matta were “charged with engaging in a fraudulent scheme that resulted in a $50 million overstatement of revenue.” In other words, Comscore—entrusted with measuring audience numbers on the internet and TV—got into trouble for fudging its own financials. It’s the latest in a series of blows to Comscore; executives have fled the company lately amid reported disagreements with the board, revenue is down and its share price has plummeted. In the SEC settlement, Comscore agreed to a penalty of $5 million, while Matta, who left in 2016, will pay $700,000 and also reimburse Comscore for $2.1 million. For what it’s worth, Comscore plugs itself as a company that brings "trust and transparency to media and marketing.”

Making sense of Advertising Week
There’s no rhyme or reason to Advertising Week; Tuesday’s panels touched on topics from luxury car marketing aimed at Hispanics, to esports, to “the birth of the aloneness economy.” It’s a lot. With two days down and two to go, here’s, some highlights of what went down Tuesday:

A squirm-worthy moment: Publicis Groupe Chairman and CEO Arthur Sadoun faced a grilling about the company’s revenues and how it would integrate Epsilon after struggling to do the same with Sapient. “Change is hard,” Sadoun says. Read more by Ad Age's Lindsay Rittenhouse.

An intriguing deal: Disney and Target already have a retail partnership. Now they’re working together on a media offering for advertisers. Adrianne Pasquarelli writes in Ad Age that “marketers who buy ads on a Disney channel, such as ABC or ESPN, will be able to see if their ad spurred product sales on a Target shelf, for example.”

A Snapchatty challenge: Snapchat will let marketers deliver video ads that are up to three minutes long instead of 10 seconds, Ad Age’s Garett Sloane writes. People can skip the ads, and therein lies the creative challenge: On a platform built for ephemera, how do you get people to stick around for up to three minutes?

“While consolidations in the media industry typically mean cutting costs at the expense of quality journalism, Vox and New York said their combination was something different. They are bringing together a much-decorated print magazine, websites, a podcast empire and several streaming television deals — the very model, they hope, of a modern media company.”

Many remarked that The Times’ article was accompanied by a photo of Jim Bankoff of Vox Media (wearing a blue blazer) and Pamela Wasserstein of New York Media (wearing a white lace dress) that looked very much like an engagement photo. Was it calculated? As one journalist tweeted, “The photo made me think they got married? Which I guess they kinda did?”

Ad of the day: “Facebook is bringing in the big guns to promote its Portal video-calling device: The Muppets,” Ad Age’s Ann-Christine Diaz writes. In the ad, from Anomaly/L.A., Kermit the Frog sends his friends Portal devices to keep in touch with them. Miss Piggy apparently lives in Paris now; will the Portal help her and Kermie rekindle their on-and-off relationship? Stay tuned.