It might have been easy for Badger & Winters to fizzle after the campaign that put it on the map: #WomenNot Objects called out the industry for failing to respectfully portray women in ad campaigns. Instead, the agency has become the go-to shop for brands that want to build and maintain relationships with women.

The 45-person agency was projecting up to $20 million in revenue in 2019, bringing on clients including Citigroup, Le Pain Quotidien, additional Pepsico assignments, Intuit, QVC, Beautyrest and the National Hotline for Domestic Violence. The shop also expanded its remit for Procter & Gamble’s Olay with a literal moonshot, notching a Super Bowl ad earlier this year that featured female astronauts.

While Badger & Winters lost the JCPenney account in 2019, it maintained relationships with Serta Simmons Bedding, Dick’s Sporting Goods, Intuit, Citigroup, MetLife and Pepsico. And the shop has not strayed from its activist roots. Badger & Winters staged a well-publicized street guerrilla campaign with life-size models of “kids” in cages to protest the U.S. keeping families apart at the Mexican border. —Judann Pollack 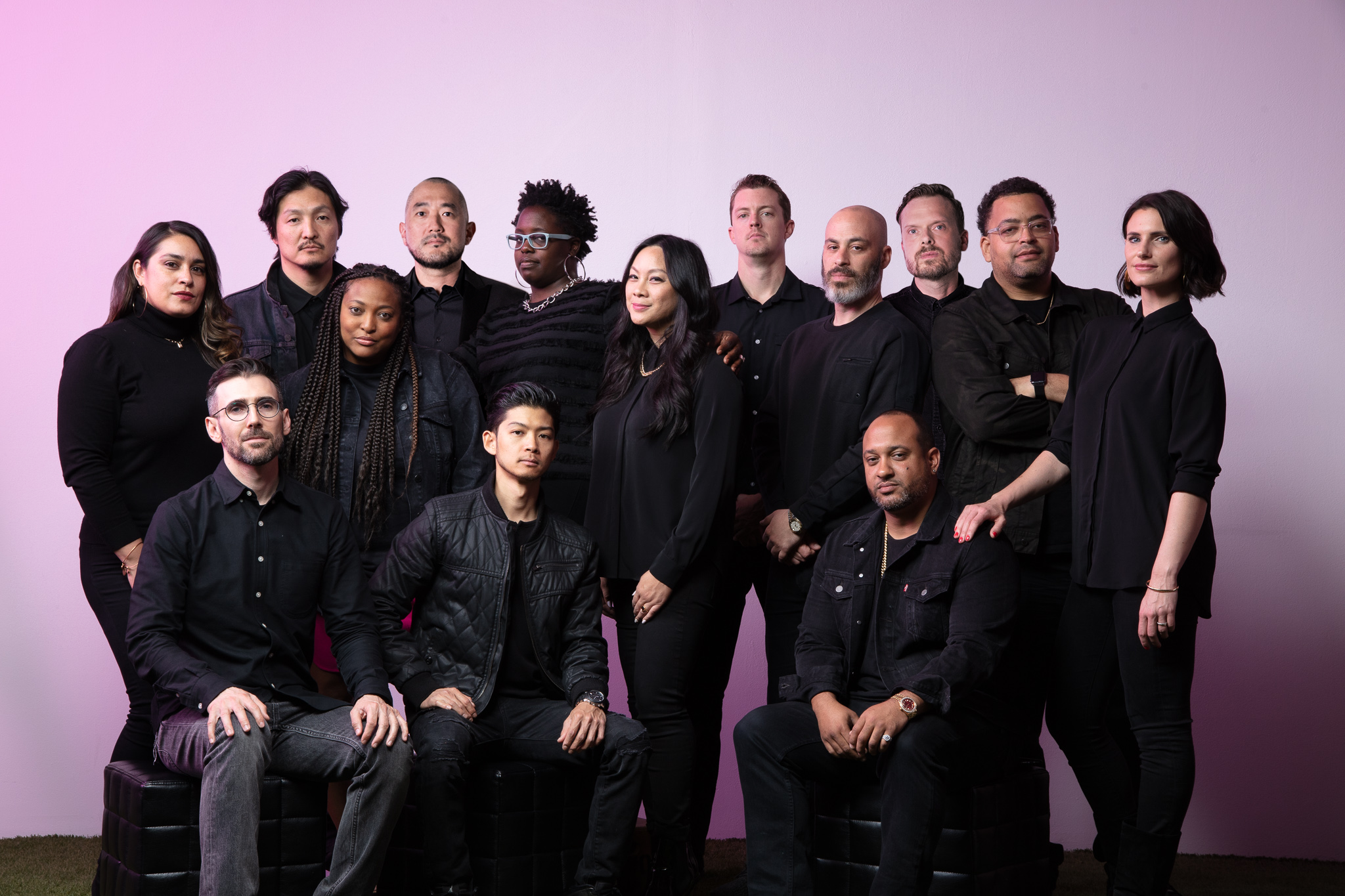 Cashmere has always been an agency that operates beyond the bounds of the “multicultural” label. In 2019, revenue doubled, surging on the strength of work with brands including Google, BMW and Jack in the Box, as well as entertainment clients like Amazon, Universal, HBO, BET and Netflix.

A Grammys spot for Google’s Pixel smartphone pitted Childish Gambino in a dance-off against his own Playmoji avatar. Two other Pixel spots enlisted “This Is America” choreographer Sherrie Silver to take the avatar to streets around the world. An experiential campaign brought fast-food chain Jack in the Box to the Life is Beautiful Festival with food-inspired playground equipment like taco see-saws and bacon slides. A spot after the Super Bowl turned the postgame hangover into “Super Jack’d Monday,” and Latinx influencer LeLe Pons became the first multicultural talent to headline one of the brand’s ads.

Cashmere identified a younger, more diverse audience for BMW that had been missed by the brand’s traditional income-based targeting. It also created a library of 2,000 images featuring people of color to help dealerships speak to this aspirational customer base. —I-Hsien Sherwood 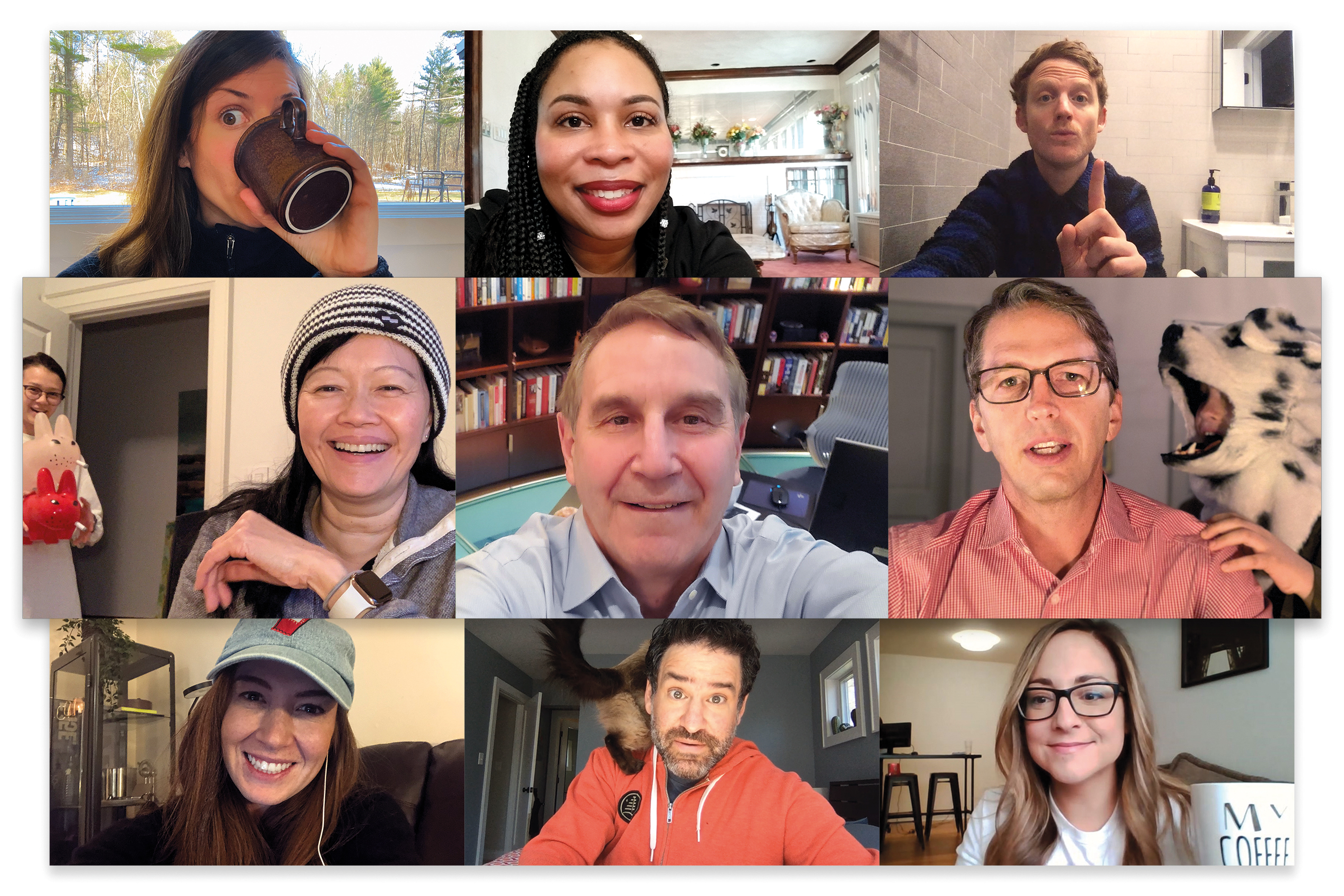 Edelman made waves in 2019—in the case of the Taco Bell Hotel & Resort, a full-scale experiential marketing stunt that included a pool, quite literally. Stunts like the fast-food chain’s Palm Springs pop-up hotel, a snarky video for eBay that poked fun at Amazon Prime Day through the lens of a teenager named Alexa, and the introduction of Zombie Skittles at Halloween all helped the Chicago-based agency earn marketing acclaim beyond its public relations roots.

Last year, the 68-year-old, privately-owned company, which has a staff-wide headcount exceeding 5,600 employees, generated global revenue of $889.7 million, a slight 1 percent decline over 2018. Edelman also took on more serious issues including paid paternity leave. The agency worked with Dove and Reddit co-founder Alexis Ohanian to build awareness of the issue among both consumers and the federal government. It also evolved its 19-year-old Edelman Trust Barometer to include new offerings, such as the Edelman Trust Management toolkit. The ETM uses data science to create a trust score for brands. —Adrianne Pasquarelli

The Martin Agency has continued to steadily rebuild under the leadership of CEO Kristen Cavallo and Chief Creative Officer Karen Costello, who stepped into their posts in 2017 following the shop’s #MeToo scandal. In 2019 the agency saw nearly 10 percent revenue growth, and its pitch-win rate exceeded 80 percent—a notable leap given that number was less than 20 percent just two years ago, according to the agency. That’s an equivalent of $28 million in new revenue growth, with account wins including CarMax, DoorDash, UPS and Twisted Tea as well as the expansion to digital and international responsibilities for Buffalo Wild Wings, for which Martin became creative AOR in 2018.

The shop continued to deliver a steady stream of laughs for Geico, and its “Best of Geico” push revived 10 popular old ads. Its March Madness campaign for Buffalo Wild Wings included the creation of a “jewel stool” for basketball fans who scheduled their vasectomies so they could recover during tournament time; a brand campaign for CarMax gave “soul” to the used car dealer; and spots for DoorDash celebrated the diverse flavors that make up American cuisine. —Ann-Christine Diaz 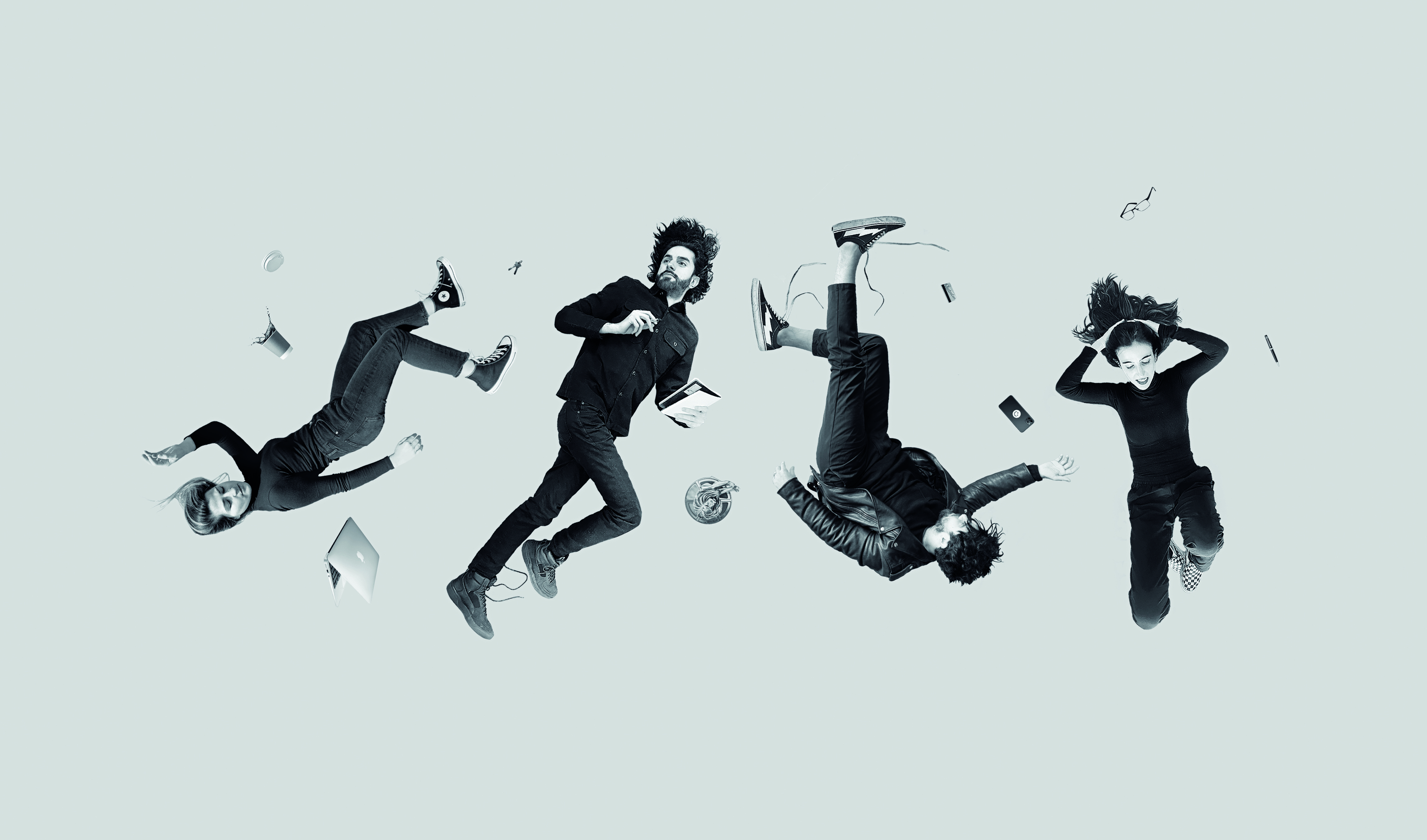 Newbie Mojo Supermarket has managed to raise eyebrows across the industry with its big wins and clever maneuvering. At the beginning of 2018, Founder and Creative Director Mohamed Said was among the army of creative talent at Droga5. By year’s end, he had formed his own shop.

Now, with a Cannes Lion, a Clio and other accolades under its belt, Mojo Supermarket is well on its way. After winning work from Adidas, Casper and the Bowery Mission, the group managed to grab attention by purchasing all the remaining computers at shuttered hotshop Barton F. Graf to “keep the spirit alive” in its own quickly expanding office.

It’s a long way from the day Said says he was asked to be removed from a client’s account because of his race. Today he’s running an agency with more immigrants than not on the payroll, and half of his staff is female.

After successfully producing AR Drops for Adidas—the campaign got 60 million people to try on shoes that didn’t even exist yet—the shop is moving up to lead creative for the global 2021 Adidas Running campaign. —Erik Basil Spooner

Many agencies are focused on finding that one “big idea” that can power a brand through many months across multiple platforms. Not VaynerMedia. The 11-year-old shop fires many ideas into the market, watches what works, and then leans in.

The hyperactive approach matches the personality of founder Gary Vaynerchuk, the agency’s always-talking, always-tweeting, always-hustling CEO and founder. Love him or hate him, his approach is working, at least when judged by client wins and revenue gains. The agency took in $150 million last year, up 15 percent from 2018, according to its estimates.

The agency says its speed comes from its approach of handling everything in-house, including creative, media and production. Kraft Heinz, Lyft, Olay, Calvin Klein and Speedo are among the marketers that joined the shop’s roster last year.

Vayner, which in the past has been criticized for a lack of polished creative, also made gains last year on that front, winning four Lions, the first time it’s been recognized at Cannes. That included a silver for its widely praised “Dwyane Wade’s Last Swap” for Budweiser, which paid tribute to the retiring hoops star by playing off Wade’s habit of swapping jerseys with opposing players. This time those doing the swapping were people Wade has touched,  including a woman he took shopping after she lost all her possessions in a house fire. —E.J. Schultz

April 2019 brought with it an almost unspeakable tragedy to the VIA Agency family. Greg Smith, the longtime chief creative officer at the Portland, Maine, indie shop, committed suicide at the age of 52, sending shock waves through the 120-person agency.

“If ever there was a year that tested the strength of The VIA Agency, it was 2019,” VIA wrote in its A-List submission form. With an exceptional culture and robust morale already in place, VIA was able to fight through the loss, in part by relying on initiatives already in place designed to inspire employees, promote diversity and inclusion, and create the ability for its people to give back. Through its ensuing work, VIA would pick up a gold medal at the Ad Age Small Agency Awards.

And its clients prospered, too. Arm & Hammer saw total revenue grow by 6 percent, more than twice the weighted category average. For them, VIA created an experiment featuring real-life dental students (a group that is hardly cavalier about their oral hygiene), which illuminated hidden plaque with a luminescent dye under blacklight. Then they showed the aspiring dentists the difference when they brush with Arm & Hammer and captured their reactions.

For clothing brand L.L.Bean, VIA leaned into its “Be an Outsider” campaign: VIA designed branded hopscotch courts for L.L.Bean out of ink that is visible only when wet with the tag “Rain Rain, Go and Play”—then they waited for the weather to change to reveal the creative.

And when it rained, it poured: L.L.Bean broke all records in its 100-plus-year history during the holiday season and sold out of every product VIA featured in its advertising. —Brian Braiker 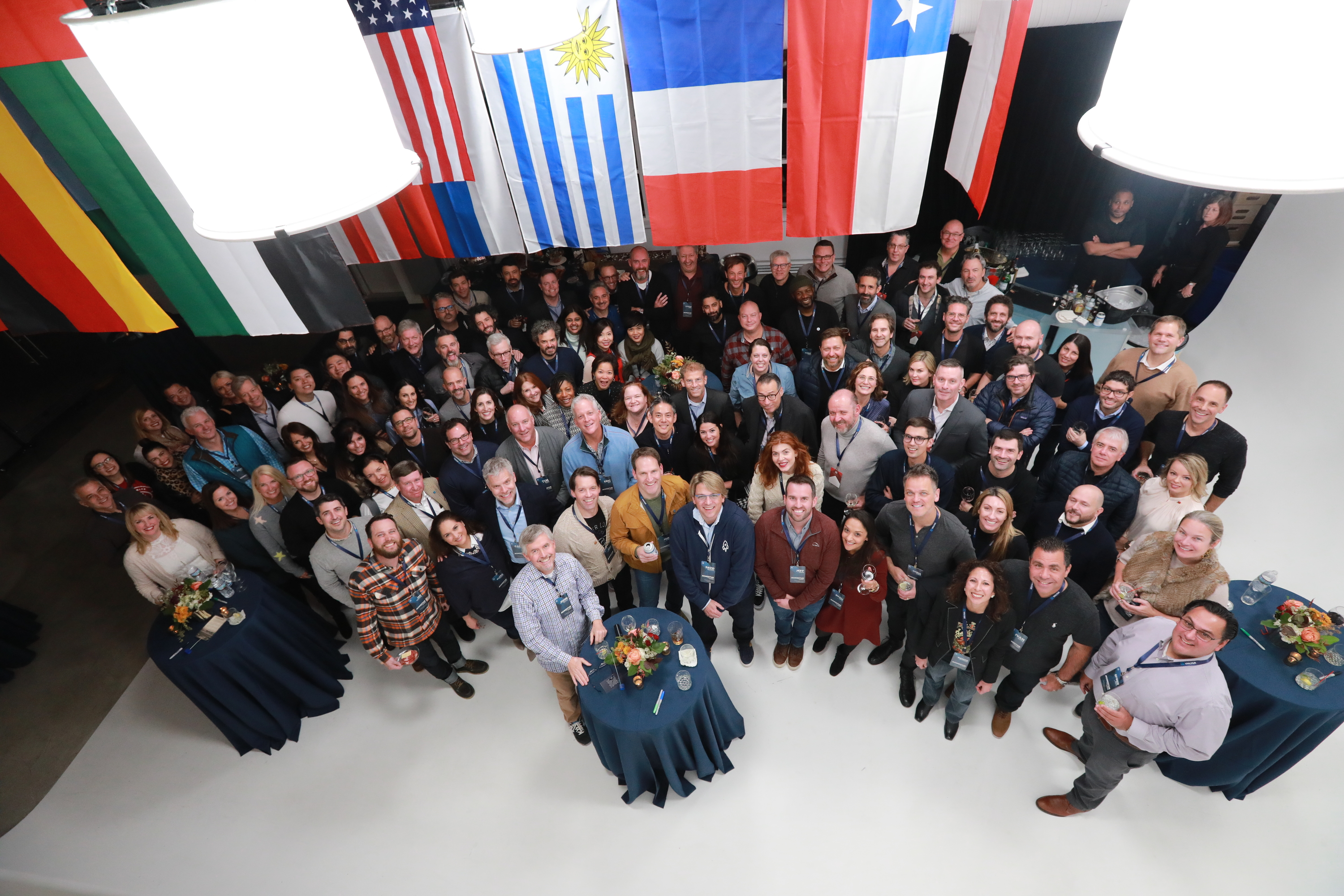 In its first year operating as VMLY&R, the agency proved it can thrive as a digitally savvy creative player and showed early signs of being a formidable force in the industry—all while merging two $500 million networks (VML and Y&R) that span 82 offices and six continents.

The shop secured $50 million in new business in 2019, retained all of its major clients and picked up significant accounts including Walgreens, Google Pixel, Sherwin-Williams and the Australian Department of Defense in only its first six months of going to market as VMLY&R.

The strength of the agency globally is credited with helping drive WPP to report growth in its 2019 third quarter, the first time it did so in two years. VMLY&R itself generated 3 percent growth in 2019 in North America.