One Year Later: Was the ANA-BMA Merger Worth It? | Ad Age
Skip to main content

One Year Later: Was the ANA-BMA Merger Worth It?

Association Leaders Report Progress, but Event Attendance Falls Short
READ THIS NEXT
How brands are measuring success—and which metrics are becoming outmoded 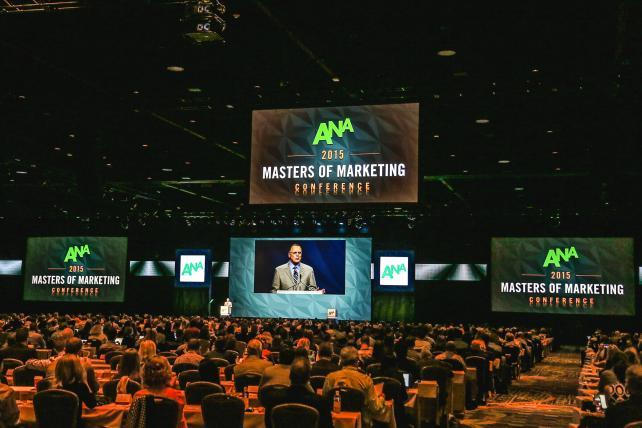 One year ago this month, during the Association of National Advertisers' Masters of Marketing conference, the ANA announced plans to merge with the Business Marketing Association -- a move designed to bring much-needed resources to the cash-strapped BMA and help boost attendance at both associations' big events.

And while leaders of both associations report progress in terms of expanding content, adding new event series and creating new membership opportunities, expectations in terms of boosting event attendance -- particularly on the b-to-b side -- are falling short.

At this week's ANA annual meeting, attendance declined for the first time in recent memory, to some 2,700 attendees from 2,800. At the BMA's annual conference in Chicago in May, attendance was down from about 1,000 attendees in 2014 to approximately 950 attendees, despite projections that the merger could help boost attendance by up to 30%.

"We were just starting the full integration, and the ability of our members to fully appreciate what b-to-b is was not fully optimized," said Bob Liodice, CEO of the ANA, referring to the BMA15 conference.

"We got 150 members there, and in the future, I think we'll get more," he said. "Part of the issue the BMA has had is that its retention rate on membership has been lower than they'd like. I don't think they got enough of a push from the membership they had to grow beyond the 1,000 of the previous year."

ANA's influence was felt at BMA15, though it was lacking in some areas, said Gary Slack, CEO of b-to-b ad agency Slack and Co. as well as VP-professional development for the BMA and conference organizer from 2009-2015. "The ANA helped in many ways, but not as much as I had hoped," he said of BMA15.

Mr. Slack said logistical and sponsorship support from the ANA were "superb," but promotional support was "surprisingly sub-par." He also said, "The ANA was unable to contribute a single speaker to BMA15."

Howard Sherman, CEO of b-to-b agency Doremus and chairman of the BMA for the 2015-2016 term, said part of the problem with event attendance dropping off at BMA15 was due to "the overall tightening of the belts of the industry. It has not been unusual for people to be more selective and cautious. At 950, it was a pretty respectable turnout, and the content and experience people had there were generally off the charts."

Regarding attendance at this year's ANA annual conference, Mr. Liodice said, "The Masters of Marketing conference had been growing for many, many years like a bat out of hell. This year we have flattened out at 2,700, which is still a very significant number. It's very hard to know how many people will come to a conference in any given year."

On the content side, there is one prominent b-to-b speaker at this week's ANA conference: Linda Boff, who was named CMO at industrial manufacturing company GE last month. But the rest of the speakers are primarily from b-to-c companies.

"The Masters of Marketing conference is primarily viewed as a b-to-c event," Mr. Liodice said. "We have GE on the podium, but this is not necessarily a b-to-b conference. We try to get senior leaders to talk about how they generate success, and that is applicable whether they are b-to-c or b-to-b."

He and Mr. Sherman said that as a result of the merger, the ANA/BMA rolled out new b-to-b focused "members only" events in Chicago, New York and San Francisco this year.

"These member-only events will become super important and are a great value-add to our members," Mr. Sherman said. "We have also been able to increase our webinars, and provide more b-to-b focused content to members. We are now working on the third issue of our b-to-b publication."

He said one of the greatest benefits of the ANA-BMA merger has been the additional resources the ANA has been able to provide.

"The infrastructure the ANA has brought to support the BMA has been invaluable in terms of our ability to strategically plan how we bring the BMA to the next level," Mr. Sherman said. "The BMA was an all-volunteer army, and is now part of a large, robust professional organization with multiple disciplines."

Mr. Liodice said, "I have no regrets at all. It's been a win for both sides of the equation. Do we have more to do and learn? Absolutely. But overall, I think it has gone very, very well."