The New Yorker: Dark Spring, March 28
The tsunami, earthquake and nuclear meltdown that hit Japan in March weren't easy to capture, but this cover reflected the "eerie silence" that struck artist Christoph Niemann in videos and interviews following the disasters. And instead of drawing the Fukushima Daiichi plant, which lacked the hourglass-shaped cooling towers we associate with nuclear facilities, Niemann rendered cherry blossoms as radiation trefoils. 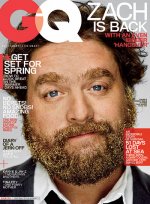 GQ: Zach Galifianakis, May
This year's "Hangover" sequel was a dull copy, but co-star Zach Galifianakis at least shone in 2011, particularly as Ray Hueston in the return of HBO's "Bored to Death." For this cover, photographer Martin Shoeller brought out the comedian's inner light -- by dusting his beard in gold. 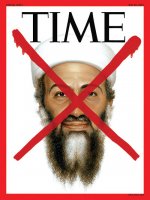 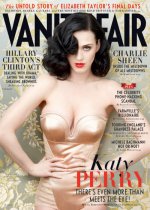 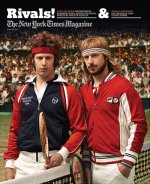 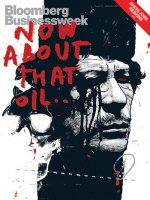 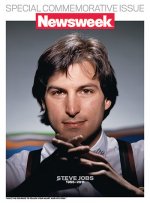 Newsweek: Steve Jobs, Oct. 10
Among the many magazine covers devoted to Apple's co-founder after he died Oct. 5 at 56, Newsweek's choice stood out by giving readers a youthful view of Steve Jobs, one many hadn't seen for a while. 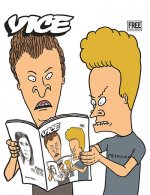 Vice: Beavis and Butthead, November
Vice took the return of "Beavis and Butthead" to MTV as another chance to lighten the mood in a year that saw plenty of somber moments and downbeat themes. The magazine also got many readers to post Facebook photos of themselves in Beavis poses.

The Economist: Greece, Nov. 5
Greece threatened to part ways with the euro amid a debt crisis that threatened Europe's economic system and neighboring countries. For its European edition, The Economist made a complicated situation plain. 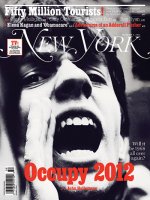 New York: Occupy 2012, Dec. 5
What would become of the Occupy Wall Street movement after the New York Police Department cleared Zuccotti Park? People seriously involved in the effort believe "the protests will be back even bigger and with a vengeance in the spring," New York reported, perhaps "transforming 2012 into 1968 redux."