Cannes Day Three: Anna Wintour, an Island Retreat and the Failure of the Machines | Ad Age
Skip to main content

Cannes Day Three: Anna Wintour, an Island Retreat and the Failure of the Machines

GPS Is No Match for Elderly French Women 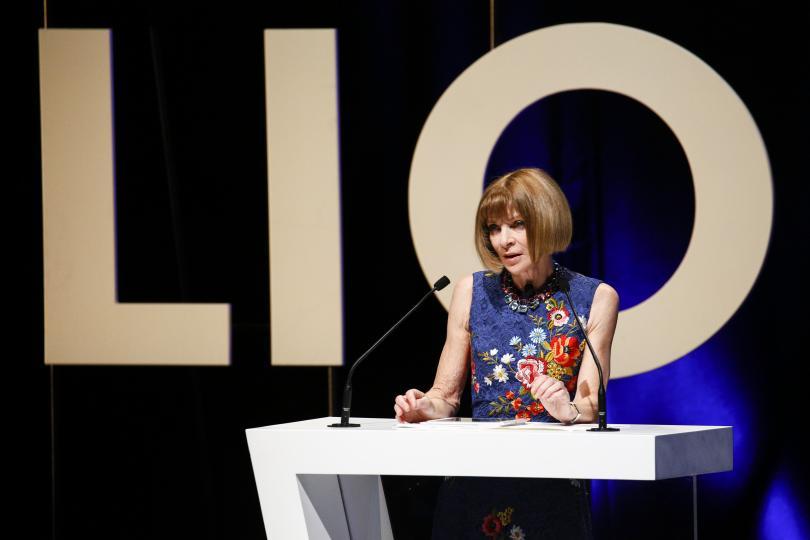 On the third day I rose to find the previous night's cigar had left me with ashtray mouth. I'm pretty sure it's a medical condition, but the only cure is not smoking a cigar in the first place.

I skipped breakfast in order to hustle down to the Palais to see what Anna Wintour had to say to the ad industry.

I was 45 minutes early. There was a line. A very long one. Apparently everyone else in the ad industry was also very interested in what Anna Wintour had to say.

The event was billed as a conversation between Ms. Wintour and Christopher Bailey, Chief Creative Officer and CEO of Burberry.

But there would be no conversation. Rather, Mr. Bailey took to the stage and gave a 10-minute introduction more befitting someone about to receive a life-time achievement award. Now, Anna Wintour is a very impressive person, but I don't need to hear her praises sung for 10 full minutes.

And when she took the stage, she returned the favor, saying of Mr. Bailey that "he represents exactly the kind of leader I want to discuss. … He's accessible and talks to everyone. … He's the first to recognize his mistakes and the first to learn from them. … He's flexible. … I on the other hand am not flexible."

It turns out the Cannes people told her to memorize her speech, to speak for an hour and to move about the stage being very dynamic.

Silly Cannes people. You're not the boss of Anna Wintour.

"They don't know me," she said. "I will remain here firmly rooted to the spot. I will endeavor to stretch my words to half an hour. I will, however, attempt to wave my hands in a dynamic fashion."

She was good on her word. She stood at the podium and read her speech, ostensibly about finding your way in a digital age. "Finding a way doesn't just mean surviving," she said, or twisting your editorial tastes around search engine optimization and algorithms.

At one point, in discussing a New Yorker story on Scientology, she had a little laugh at its expense. This, I only bring up because the person who took to the very same stage after Ms. Wintour's session was the actor Will Smith, long rumored to be a Scientologist.

But I didn't stick around for Mr. Smith's presentation. I retreated to the press center where I banged out some words, then ventured out to rendezvous with the team from CP&B London for lunch. 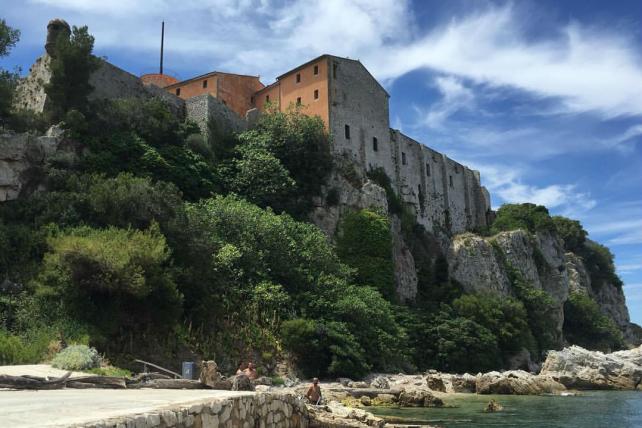 Ile Sainte-Marguerite. Those are not ad execs (as far as we know).

I'd gotten it in my head somehow that this lunch would be served on a yacht. So imagine my surprise when we got to the port to find UK & International CEO Richard Pinder at the helm of a skiff to whisk us away to Ile Sainte-Marguerite. Chief Creative Officer Dave Buonaguidi was also on hand, as were a few clients. I highly recommend his Instagram account (@realhackneydave), by the way. He's got some strong -- and correct -- opinions about this circus we call Cannes.

We talked advertising, boats, Trump, Brexit and the ongoing invasion of Cannes by ad-tech companies, a theme that continues to pop up this week. It might be a little hard to celebrate creativity if you've got vendors taking over the bulk of the croisette and many of the yachts, especially if some of them maybe kind of want to make you obsolete.

But the machines haven't risen up yet. Indeed, a few of us got to witness the failure of a machine to do its job. After a glass or two of champagne with execs from Cheil at The Majestic, we piled into a van to head off to dinner with Sir John Hegarty and BBH at Le Mas Candille in Mougin, a village in the hills above Cannes.

The van driver, however, didn't know how to get there. And neither did his GPS. The thing kept returning him to round-abouts, which we'd circle a few times and then head off in another direction, a 20-minute trip stretching to a 45-minute one. After stopping a few times to ask for directions, we came upon a couple of elderly French ladies who insisted on climbing into the front seat and navigating him directly to the place. And then they climbed out of the van and wandered off into the evening.

The dinner, by the way, was excellent food in another lovely setting, the conversation with the BBH clan going long into the night. We talked creativity, ad tech, judges and juries and, yes, Trump and Brexit.

At one point Mr. Hegarty revealed that he had some strong views about the fashion industry. I wasn't taking notes, but let's just say this: I'd pay money to see a conversation between John Hegarty and Anna Wintour.

Note of interest: Still no visit to The Gutter Bar.