Study: Cannes Lions is better than most events on gender diversity

But it has a ways to go still. Also in this week's Agency Brief: L.A. indie agency Omelet promotes ​Thas Naseemuddeen to CEO
READ THIS NEXT
Salesforce’s Stan Sugarman on driving business values, breaking down silos and hiring for attitude 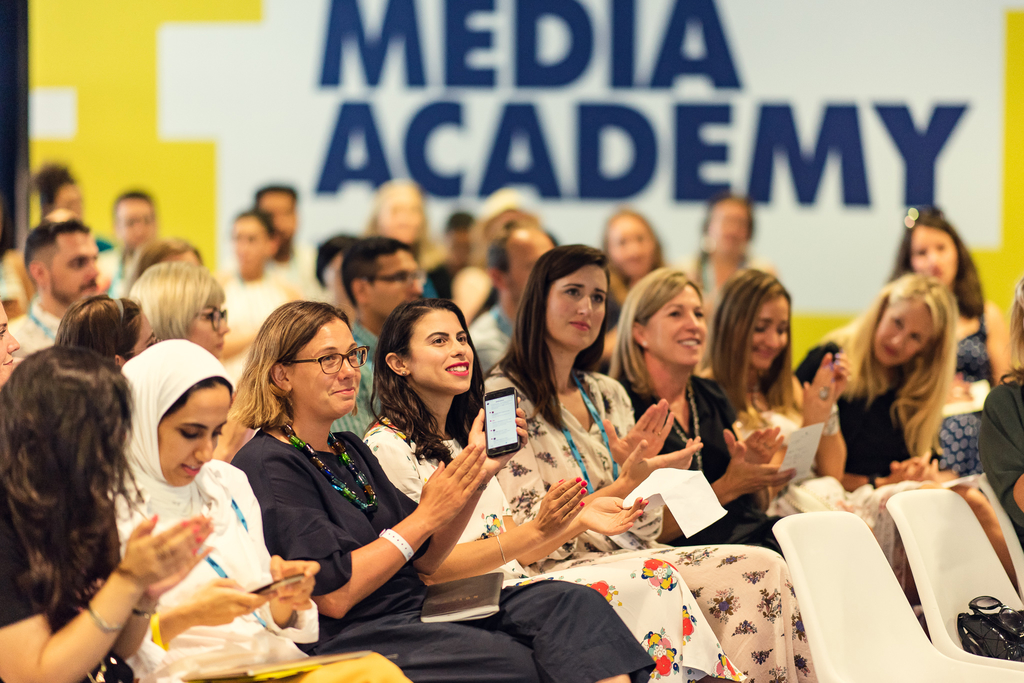 If you haven't picked up a copy of Ad Age's special Cannes issue yet, fear not: We're bringing 5,000 of them to the Riviera with us. Inside is an official guide to life outside the festival which will come in handy as you work your way through the chaos, predictions on what will win big, a thoughtful Q&A with Rich Silverstein, who will be honored with the Lion of St. Mark with his partner, Jeff Goodby, plus much more.

If you'll be there like I will, don't hesitate to say hello, even—or maybe especially—if I look like I'm running around frantically like a chicken with her head cut off.

Event marketing tech company Bizzabo found in recent research that the Cannes Lions International Festival of Creativity is outpacing its peers in gender diversity. In analyzing the gender ratio of more than 60,000 event speakers from 2013 and 2018, Bizzabo found that more than 69 percent of all speakers were male and less than 31 percent, female. At Cannes, 56 percent of the speakers are male and 44 percent are female. It's a step in the right direction, but of course, there's a lot to be done to increase diversity on other fronts especially concerning race and ethnicity.

BBDO is out with its first U.S. ad for Ford since winning the global account late last year. While the Omnicom agency has been active in overseas markets for the automaker, Wieden & Kennedy has handled most of the stateside campaigns this year. BBDO’s new ad is for the “FordPass” app. See the spot below.

Hosted by ESPN reporter Katie Nolan, the Clio Sports Awards, which were created to celebrate creative excellence in sports marketing and advertising, also awarded pro skateboarder Tony Hawk with a lifetime achievement award. The full list of 2019 winners can be found here.

AI gets a human face

Sounds creepy, but McCann Worldgroup and Wired magazine said they are partnering "to put a human face on artificial intelligence" in a two-part documentary series debuting at Cannes on June 19. According to them, the series aims to "help marketers understand the full scope of AI's current state and potential." Part one of the series, "Machine Learning: Living in the Age of AI," examines how people are interacting with the technology in their everyday lives and is directed by Chris Cannucciari and executive produced by Wonbo Woo. Part two, "Being Human in an AI World," was produced by McCann Worldgroup in conjunction with Wired Brand Lab and provides a framework for marketers to leverage AI.

Crate and Barrel tapped Yard NYC as agency of record. Suzy Cirulis, SVP and chief marketing officer at the home furnishings brand, called out Yard’s expertise in digital customer engagement in a statement. Chicago-based Crate and Barrel had recently worked with Preacher in a marketing push that starred Reese Witherspoon. The first campaign from Yard is expected to roll out this holiday season. No word yet on Witherspoon’s involvement.

Coming out, again and again

With Pride month in full swing, Media Kitchen CEO Barry Lowenthal recalls his days as a fearless activist, when parades were marches, and marchers—including Lowenthal—were locked up. “I’ve lost count,” he says, of the number of times he got arrested. Lowenthal speaks to the ordeal of having to come out “time after time” in the workplace but praises agencies that work to remove some of the hurdles. “I will never forget being in [Richard Kirshenbaum’s] office, asking if I could appear in a gay magazine,” he says. “He was delighted with the opportunity … he loved it.” Lowenthal believes there is both a social and financial benefit to creating environments that support individual expression: “Great things happen when you are able to bring your 'whole self' to work.” 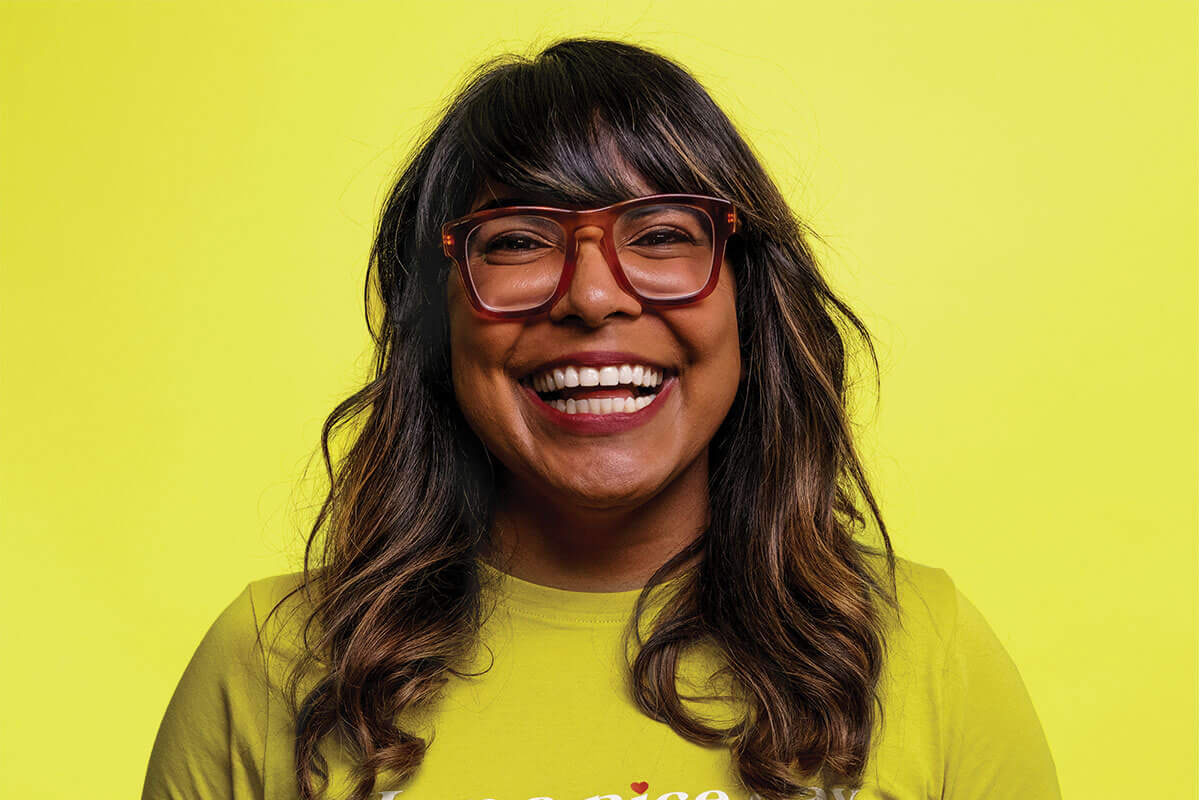 Los Angeles independent agency Omelet promoted ​Thas Naseemuddeen to chief executive officer from chief strategy officer and managing director. She succeeds Don Kurtz, who after eight years as CEO will transition to executive board chair. Naseemuddeen joined Omelet four years ago and previously spent time at BBH, Deutsch and TBWA\Chiat\Day. She is credited with helping lead the agency to have its best financial year in its 15-year history in 2018.

"I’m honored to take the baton from Don and lead us into the next chapter of Omelet," Naseemuddeen said. "I’m keen to dig into expanding our collective skillset as an agency, diversifying and doubling down on our digital capabilities across the board, and continuing to push for the best strategic and creative product our agency can produce."

Interpublic Group of Cos.' Ellen Johnson will become chief financial officer and executive vice president, from senior vice president of finance and treasurer and global CFO of IPG Mediabrands, on Jan. 1, 2020, as Frank Mergenthaler plans to retire. Mergenthaler held the CFO and EVP role since August 2005 and he is expected to step down on Dec. 31. Since 2015, he also has served as chairman of IPG's CMG Group, where we oversaw public relations and sports and experiential marketing. Mergenthaler will step down from that position as well.

"We congratulate Ellen, who becomes the first woman CFO of a global holding company in our industry’s history, and look forward to a smooth executive transition," said IPG Chairman and CEO Michael Roth.

From L.A. to Ohio

Los Angeles-based production agency Summerjax is expanding its footprint, opening its second office in Columbus, Ohio. The shop said the move allows Summerjax to be fully embedded within the marketing teams of Columbus-based clients Hollister and Abercrombie & Fitch. The new office will serve as a hub for new business in the area while the L.A. shop will continue to be its headquarters.

Martin Sorrell's S4 Capital appointed Scott Spirit as chief growth officer and a board director. Spirit is coming over from artificial intelligence company Eureka AI and will oversee clients, mergers and acquisitions and investor relations in his role at S4. The company also hired Elizabeth Buchanan as a non-executive director. She previously sat on the boards of Because Brand Experience and The Luke Batty Foundation in Australia. Buchanan will join S4 on July 12 from Vital Voices Global Partnership where she is a non-executive director.