Jury Chair PJ Pereira says the in-game masquerade has all the makings of the beginning of a new trend
READ THIS NEXT
Salesforce’s Stan Sugarman on driving business values, breaking down silos and hiring for attitude 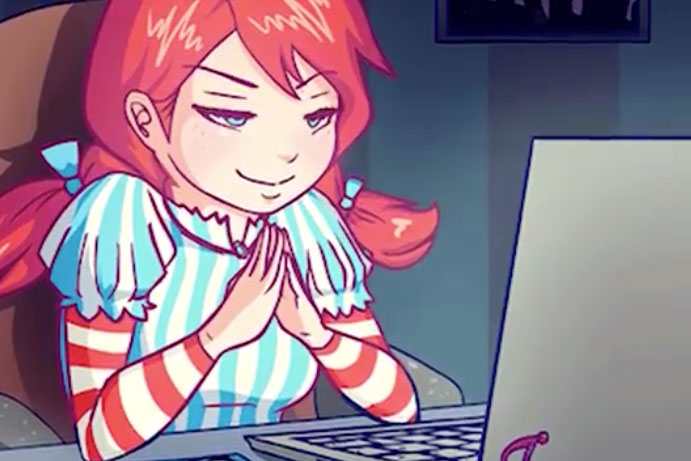 “Keeping Fortnite Fresh,” Wendy’s in-game demonstration of the evils of frozen beef, won the Social & Influencer Grand Prix at the Cannes Lions International Festival of Creativity, narrowly beating out Nike’s “Dream Crazy,” which has been the darling of this year’s show.

VMLY&R created a digital avatar in the hit multiplayer battle royale videogame that looked suspiciously like Wendy’s own namesake. This red-hooded character showed up in the game and promptly started to ignore all of the other players, typically the main targets.

Instead, she entered burger joints inside the game’s unpopulated cityscape, located the freezers and destroyed them. Wendy’s, after all, never uses frozen beef. This destructive escapade was streamed on Twitch where millions could watch, and the community joined in the rampage with glee. Eventually, the game’s developers swapped out all of the freezers with facilities for fresh burgers.

“There’s so much to love about this—a brand jumping into a new form of social that Fortnite represents,” says Social & Influencer Jury Chair PJ Pereira, co-founder and creative chairman at Pereira & O'Dell. “There’s the mischievousness of this, the nimbleness of going there and figuring out the Little Red Riding Hood character looks just like their main character.”

But what ultimately caused the jury to choose Wendy’s over Nike (to which they awarded two Gold Lions in this category) was what it promised might come afterward. “It was setting up a new trend instead of being the apex of a previous trend,” Pereira says. “What Nike did with ‘Dream Crazy’ is possibly the best example of purpose-driven marketing ever done. But I don’t think that Cannes is necessarily about ‘What is the best representation of a trend?’ Cannes should also be about what the next trend should be.”

The decision was a difficult one, though. “We clearly came here with the world looking at us thinking ‘Dream Crazy’ was going to win the Grand Prix. And honestly, I think we all thought that was going to happen,” Pereira admits. “But Wendy’s showed something that made us wonder, 5 years from now, 10 years from now, that we could go back and say, ‘Maybe it started here.’”