How agencies and brands can crush CES 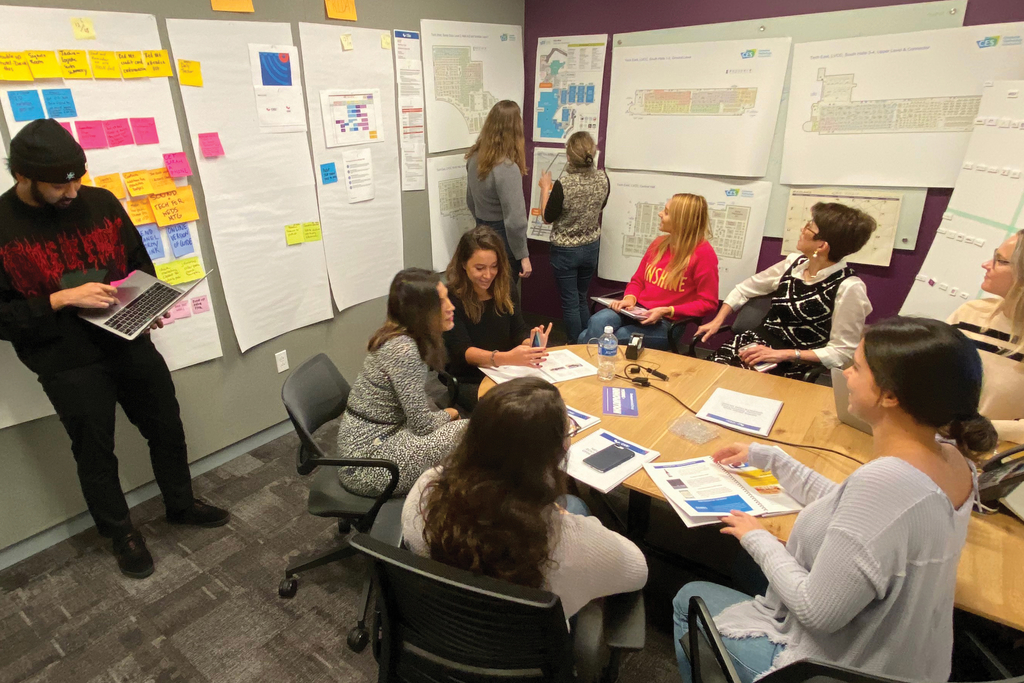 Opinions vary on how to get the most out of the Consumer Electronics Show. But one piece of advice is universal: Wear comfortable shoes. The annual event, which runs Jan. 7-10 in Las Vegas, covers 11 venues with 2.9 million square feet of exhibit space. That does not include off-site networking dinners and other social gatherings. So getting from place to place while dodging Sin City tourists is half the battle.

“Bring a reusable water bottle to stay hydrated,” suggests Damon Jones, VP of global communications for Procter & Gamble, who characterized CES as “overload for the senses.”

While nerve-racking, CES has emerged as a must-stop for brand marketers. Its importance matches, if not exceeds, other major industry events like the Cannes Lions International Festival of Creativity. CES began modestly in New York in 1967 with 250 exhibitors featuring products like pocket radios. It now draws 170,000 attendees, more than 4,500 exhibitors and countless panels and presentations, including a dedicated tract for the marketing and entertainment industry called the “C Space.”

If you don’t plan correctly, you might come home feeling like you had a bad night at the craps table. For brand marketers, the fundamental question is whether to use CES as a place to generate media attention, to spend the week in private meetings or cruising the show floors in search of inspiration. Here’s how some plan to approach it:

The end of self-driving car hype?

CES has emerged as a major showcase for auto marketers to generate media buzz for glitzy tech like autonomous driving, to the point where it has overshadowed the Detroit Auto Show. But automakers must compete for attention with a range of other industries, from gaming and drones to wearables. “You can potentially attract a great deal of media if you do your outreach correctly,” says Marcos Frommer, a spokesman for American Honda Motor Co.

Honda avoids press events unless it has something unique to plug. In 2017 it hyped a self-balancing motorcycle. But it won’t hold a presser at January’s event. While many auto brands use CES to tout autonomous driving, Frommer suggests the hype around self-driving cars has run its course. “I’ve spoken with a number of media who attend year-over-year and it seems like they’ve seen autonomous for now, and they would like for us to invite them back when we sell the first autonomous vehicle.” This time, Honda will use CES to find technology vendors that it can partner with as it pursues new innovations.

Putting the ‘C’ back in CES

But other companies are putting a lot of money into media events and exhibits. Procter & Gamble is again looking to make a splash after debuting as an exhibitor at the 2019 show. The CPG giant is bringing back its “P&G LifeLab,” a 4,000-square-foot exhibit that will include OralB Sense, a Wi-Fi enabled toothbrush system that “provides real-time feedback to your mobile device and, along with data tracking, and takes the guesswork out of brushing,” according to P&G.

Chief Brand Officer Marc Pritchard is among the P&G execs slated to speak at a Jan. 5 press conference at Mandalay Bay. “Most people don’t associate P&G as an innovation company. But there is an incredible amount of technology that is behind the products,” Jones says. “We found this to be a really excellent way of demonstrating that to an audience that we think would be very receptive.”

Delta Airlines CEO Ed Bastian will deliver a keynote speech on Jan. 7. Delta will also erect a 5,000-square-foot exhibit that promises to “reveal trailblazing consumer innovations impacting the future of air travel.” Tim Mapes, Delta’s chief marketing and communications officer, says the airline wants to “really put the C back in CES” by showcasing how tech can enable better hospitality.

CES is so large that it is impossible to view everything. The sprawl has spawned a cottage industry of tour providers, including agencies and consultants, that seek to use the event to showcase their expertise to brands. Omnicom Group media agency OMD used to organize its own day of panels at CES, but gave up on them after the 2017 show to dedicate more energy to providing customized tours to clients. With the panels, “we were spending a ton of time in this room talking to each other, even though we were all mostly from New York,” says Tracy Quitasol, OMD managing director of innovation, noting that most clients just want to be on the exhibit floors.

OMD will give more than 50 tours this year, free of charge. The agency has spent months planning them, using a war room in its New York office to map out game plans.

MediaLink  charges for its tours, but includes them in broader packages that include securing meeting space and hotel rooms. “Most people come to us and ask us to do all of it,” says Lena Petersen, MediaLink chief brand officer and managing director. That includes organizing a wrap-up discussion about how clients can use the technology they witnessed. “It’s not about ‘Wow, isn’t that cool tech.’ It’s what is the application and how does it impact marketing,” she says.