Baseball, Hotdogs and Chevrolet: The Career of Adman Jim Bernardin

Jim Bernardin's enthusiasm for Chevrolet is evident in his six-bedroom country house nestled on a 77-acre farm in Metamora, Mich., about 50 miles north of Detroit. Lining the walls of his family room, just above pictures of his 12 grandchildren, are drawings of his favorite Chevy ads. 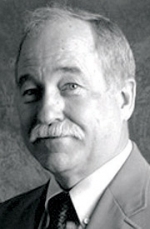 Bernardin, 82 and retired since 1992, spent 35 years developing Chevy advertising for Campbell-Ewald. He started as an art director and eventually became creative director for Chevrolet advertising and an executive vice president. He remains steeped in Chevy, and writes a blog about Chevy ads that he's using as the basis for a book.

"To work on Chevy was great," he said.

He proudly points to his 1962 ad, with the slogan, "Instant Adventure," displaying four Chevy cars. Then he holds up an article that shows Chevy management receiving an award for an ad. "We had to find out we got this recognition by reading about it in the newspaper," he said. "When I started, creative people didn't receive much recognition."

After stints at two ad agencies after college, he was hired by Jim Hastings, then a co-creative director of Campbell-Ewald, in January 1958 as an art director. "Chevy was doing brilliant advertising, better than anyone else on cars at the time," he said.

Looking back on his 35 years, he said Hastings was a great mentor, bringing the "See the U.S.A. in Your Chevrolet" TV campaign to life in print ads. Bernardin said Hastings was among the first to include families in his advertising landscapes, a strategy that he used later in his own ads to foster an emotional connection with the brand.

His first significant responsibility was for the 1963 model year. He developed a simple theme: "Go Chevrolet." He remembers it was 5 p.m. when he presented his idea, the last in a string of 30 campaigns from others that had been rejected by Ted Little, one of Campbell-Ewald's first creative directors.

"I only had this one thing," he said, worried about how his idea would stack up. After giving his presentation, he recalls Little saying, "That's it!"

Not all of his attempts succeeded. As he leafs through his tear sheets, he points to an ad he developed from the 1960s. It shows a scantily dressed woman with the slogan, "America's New Sweetheart, At Your Chevrolet Dealership." Bernardin said it likely was nixed because "it was a big departure from what they had been doing, and didn't even show the car."

A highlight was helping to launch one of Chevy's best known ad campaigns in 1974, when he was senior vice president-creative director on the Chevrolet account. He was listening to copywriters read their ideas for radio spots. One of them, Jim Hartzell, apologized in advance that his was "slightly off topic." When Bernardin heard him read the words, "Baseball, hot dogs, apple pie and Chevrolet" from a yellow sheet of paper, "it just took your breath away," he said.

He recalls immediately running into then creative director David E. Davis' office. "I said, 'We've got one here.'" He paired Hartzell with musician Ed Lubunski to set it to music and "it was mind-blowing," Bernardin said. "It was the best commercial I was ever associated with."