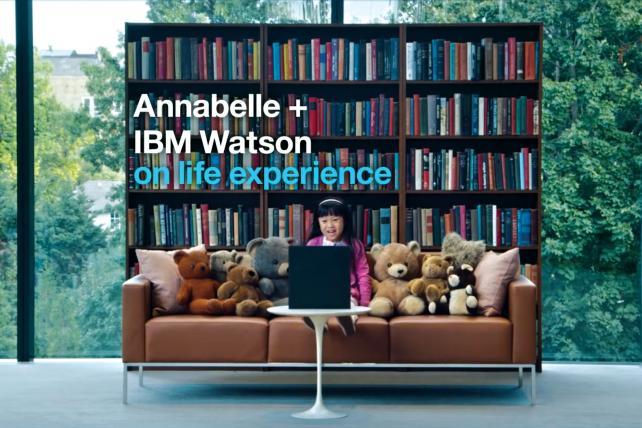 Not to shortchange the humans who have graced the Creativity 50, but Watson might be the smartest honoree to land on this list. Perhaps it's not fair that he (or it) is IBM's supercomputing system that once beat "Jeopardy" champs Ken Jennings and Brad Rutter in a $1 million faceoff. Yet in 2015, Watson broke out in a truly ubiquitous way, with computing power that is bigger, faster, more sophisticated and impacting an array of industries.

Aside from Watson's star turn in a pair of IBM ads in which he met Bob Dylan and updated former foe Mr. Jennings on his brilliance -- "I can recognize people, analyze images and watch movies. … I've been helping people plan for retirement and I help doctors identify cancer treatments," he said -- Watson teamed with North Face and also launched an app to assist consumers with their holiday shopping; partnered with Edge Up sports to enable Fantasy Football players to draft better teams; and is now helping marketers tackle the Internet of Things.