An unexpected brand pokes fun at Facebook, playing with a fast food secret, somebody's having a big b-day bash
READ THIS NEXT
The top 5 creative campaigns you need to know about right now
Credit: Ad Age

This week: A fast- ood secret remains a secret, joyous celebrations of convenience and a famous sport

While other tech brands had a field day with the seismic outage across Facebook and its other social media apps last week, the U.K. post office took the time to reassert the reliability of snail mail with a tersely funny outdoor ad that agency Ogilvy quickly put up in the middle of London. 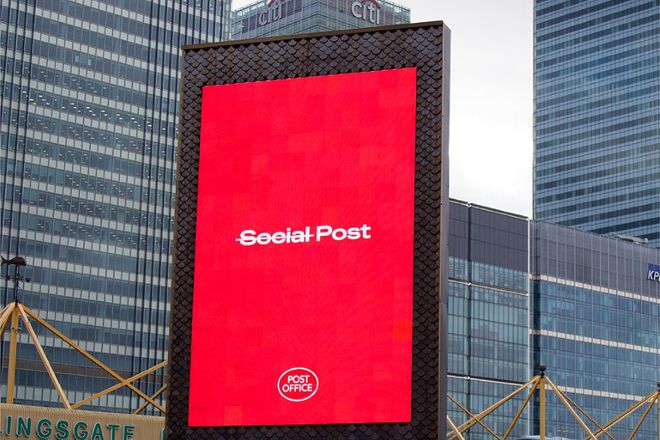 For Hispanic Heritage Month, this inspiring initiative from Diageo celebrates the talent and contributions of local Hispanic food vendors and creatives—via food trucks. The alcoholic beverage giant tapped local Latinx artists to create gorgeous artwork to adorn the trucks of vendors who have long contributed to their communities. The roving murals are meant to illustrate each of the vendor’s stories of resilience and persistence. The initiative began in New York with the pairing of Argentinean street artist and activist Magda Love with Maggie Morales, founder of Mike’s Coffee Express in Queens, and will continue throughout the next month in Miami, Chicago and Houston.

KFC has long kept under wraps its “11 herbs and spices” chicken recipe, so fans, naturally, have tried to come up with their own approximations of the tasty concoction. In this campaign from KFC Spain and agency PS21 Madrid, the fast feeder is rewarding those industrious fans (and saving them some work) with free chicken. Consumers just have to paste the link to one of the more than 500,000 faux recipes on a dedicated site, and they’ll be rewarded with a coupon for free grub.

Uber Eats has been entertaining us with the many celebrity matchups of its “Tonight I’ll Be Eating” campaign in the U.S. and Asia-Pacific region, but in the U.K. the brand won us over with a new series of ads starring just a regular old delivery guy—but one who embraces his role with the intensity of a serious thespian. His performance could make even soggy fries or dry burgers seem mouth-watering.

The National Basketball Association takes a trip down memory lane, or rather, NBA Lane in this fun-filled ad celebrating its 75th anniversary. The longform film sees actor Michael B. Jordan driving a school bus of kids through a fictional neighborhood populated by the league’s legends. The Lakers’ Magic Johnson lives across the street from his former foe, Larry Bird of The Boston Celtics. Fellow Laker Kareem Abdul-Jabbar schools former Dallas Mavericks player Dirk Nowitzki on the art of his signature skyhook. LeBron James tosses seeds into the air as he gardens (a nod to his growing empire), and the tour bus takes a solemn pause before a mural of the late Kobe Bryant. Along the way, we see some famous mascots too, including Lil’ Penny of the classic Nike ads.

For more great ideas, bookmark our section covering the best in brand creativity every day at Adage.com/Creativity.