A fad diet you might want to try, a campaign that rewards bad spelling and more
READ THIS NEXT
The top 5 creative campaigns you need to know about right now

Looking for a new fad diet? Plant-based frozen food brand Strong Roots comes to the rescue with this ridiculous pitch for one of its products: cauliflower hash browns. Created out of DCX Accelerator, it’s the most un-boring boring ad we’ve seen all year.

This week, McDonald’s gave some lucky fans a chance to preview its upcoming Crispy Chicken Sandwich in an exclusive merch and food offer that took inspiration from limited-edition sneaker drops. McDonald’s led consumers to a dedicated website where they could score a preview. But Popeyes, purveyor of its own famous chicken-between-bun offering, decided to troll the push by buying 50 different urls that people were likely to land on if they misspelled the link to McDonald’s site. At each, Popeyes offered visitors a code to score one of its own chicken sandwiches for free. 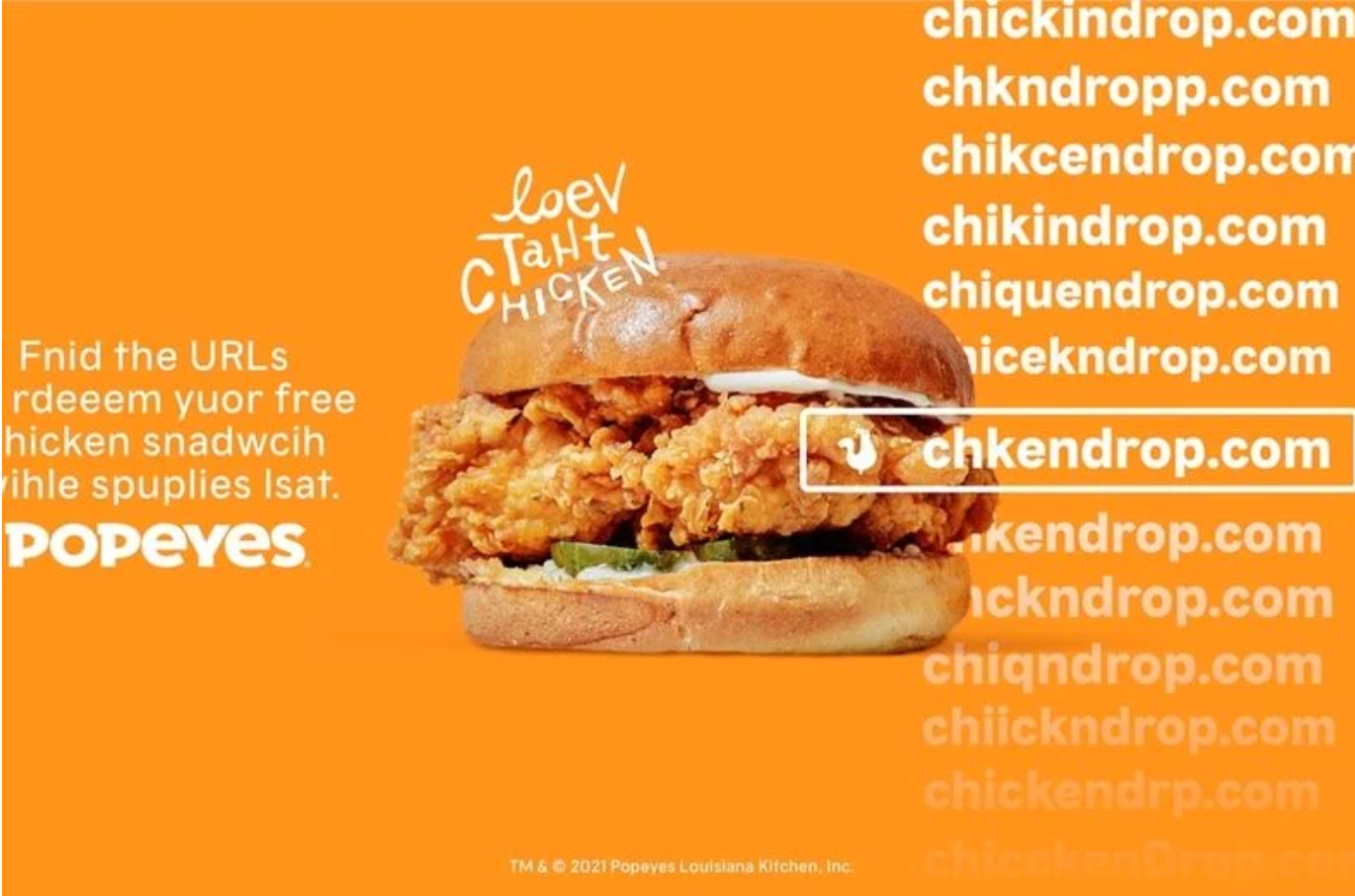 For Black History Month, Ad Age has been highlighting pivotal projects in the careers of Black creators. This past week ,guest editor Coltrane Curtis, founder and managing partner of Team Epiphany, chose to shine a light on photographer Mel D. Cole. Known for his work capturing the music scene, most significantly, his work chronicling key figures in the hip hop and rap scene, over the past year, Cole has turned his camera to capturing the U.S. as it has confronted the pandemic and social unrest, including the Black Lives Matter movement as well as the riots at The Capitol on Jan. 6. His images are stunning, portraying arguably the most grueling era in modern U.S. history. It’s just one example of the remarkable projects we’ve featured so far, all of which can be seen here.

In the U.K. the magazine The Big Issue is well known for giving homeless and vulnerably housed individuals the chance to make a legitimate income. Its vendors run their own microbusinesses by buying copies of the magazine for £1.50 and selling them for £3 on the street. Like other small businesses, however, the sellers are suffering during the pandemic. But a new partnership with LinkedIn is trying to help revive their businesses. The pilot campaign, conceived with FCB Inferno, is giving nine sellers of The Big Issue premium accounts on the platform, through which they can take their business online to former and new customers. The vendors all receive training in digital skills, as well as iPads donated by Dixon Carphone, so they can maintain their businesses. 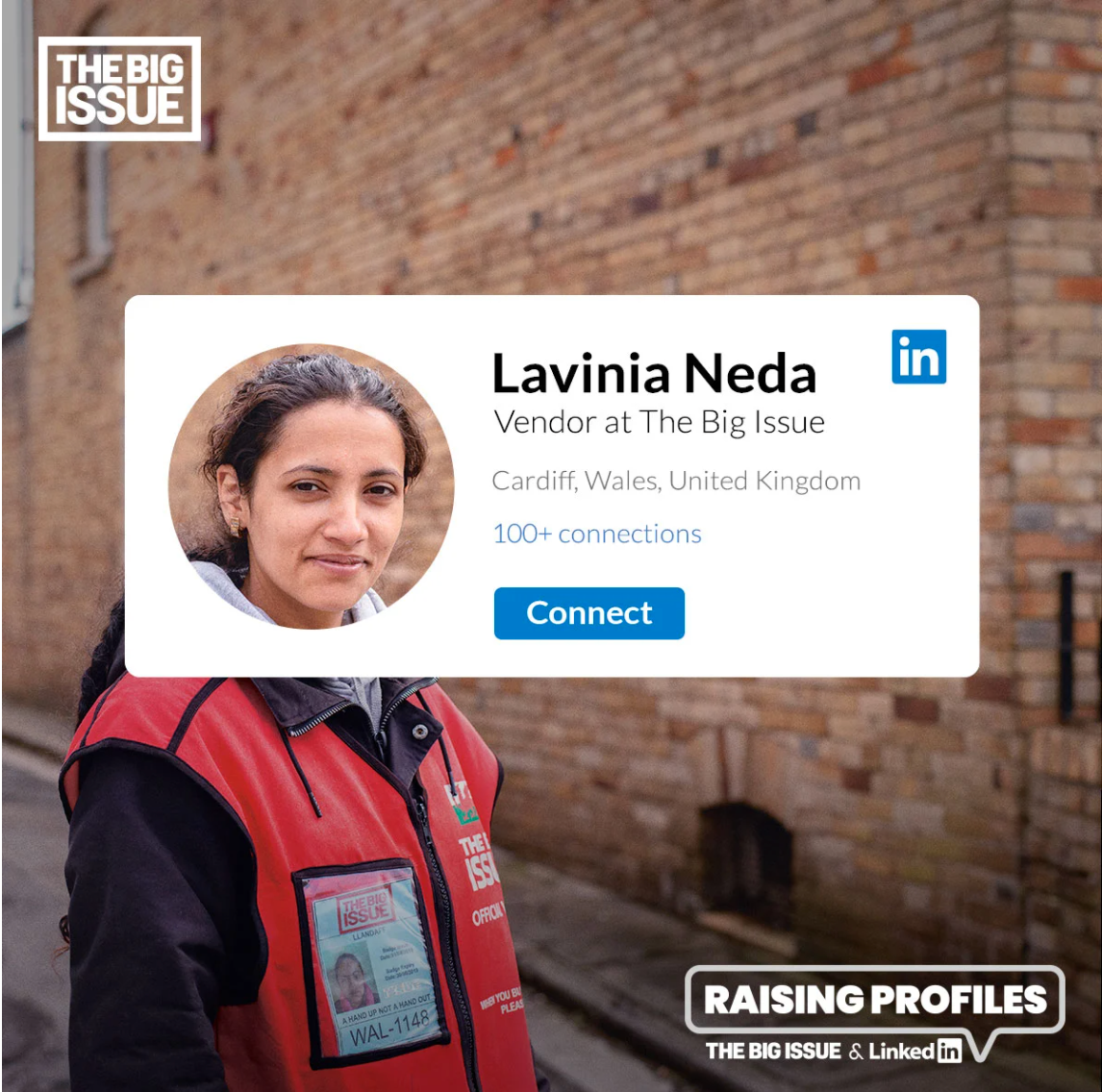 Unilever-owned Tazo Tea and Edelman attempt to tackle two major issues with one big idea. The brand has announced that it will be assembling the “Tazo Tree Corps,” a paid and locally hired team whose members will plant and maintain trees in disadvantaged communities, effectively bringing “tree equity” to those areas. Environmental studies have shown that low-income neighborhoods as well as communities of color are disproportionately affected by climate change. Many of these areas have fewer trees than higher-income, predominantly white neighborhoods in the same cities. This results in temperatures that can be anywhere from five to 20 degrees higher during the summer. Because the Tree Corps will recruit residents of the neighborhoods in which it serves (Minneapolis; the San Francisco Bay area; Richmond, Virginia; Detroit and the Bronx in New York City) the idea also brings new employment opportunities to those areas. Activist and musician SZA is also fronting the campaign, and appears a video the Tree Corps, seen here.