Excitement for NFTs hasn’t quite died down yet, and some are taking a fresh approach to jumping on the trend. Agency Mischief @ No Fixed Address recently debuted its own NFT, titled “MeowMint.” Attached to a cute digital image of a cat, it serves a two-fold purpose. For one, it’s a self-promotional tool. The agency has opened it to bids from buyers in the brand space, and it’s promising the auction winner a half a day of time with the agency to crack their business or marketing problem. But Mischief isn’t keeping the profits for itself—those will be going to support an organization devoted to eradicating the harm done to the environment by NFTs; the crypto-mining required to maintain them is actually terrible for the planet, so Mischief says the idea is using a little bit of bad (its own NFT) in order to do a lot of good. The bids for “MeowMint” start at around 5 Ethereum, roughly about $12,488.95.

Brand merch is getting really intense—at least in the case of Panera Bread. Earlier this year, the restaurant chain made a glove that looks just like one of its popular bread bowl soup holders, but it was meant to keep your hands warm when you hold Panera’s chilled coffee. Now, it’s taking the bread bowl idea even further and sticking it on an entire bike. The bread bowl is now a basket on a branded Panera cycle, which Panera is giving away to 30 lucky fans in a contest running through Earth Day, April 22. In honor of the holiday, the idea encourages people to drive less and bike more, while promoting Panera’s environmentally friendly Cool Food Meals that debuted in October. 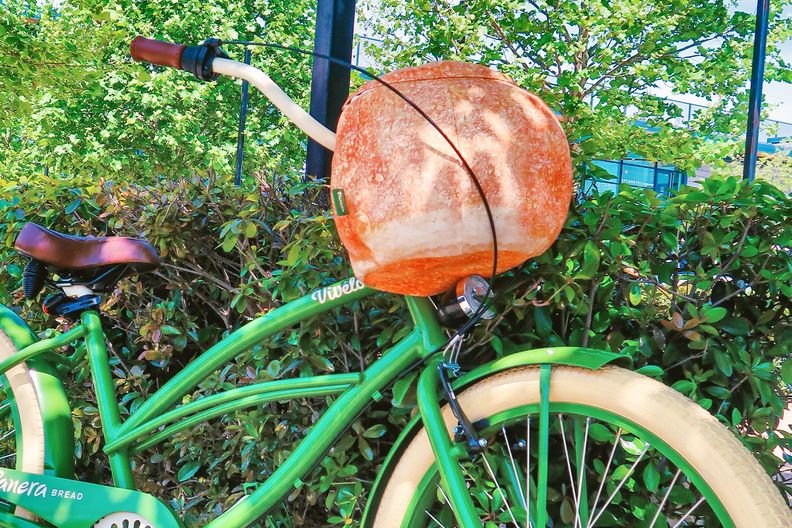 We can’t remember the last time we featured an ad in the pimple-related space, but this one really deserves a mention. Embracing the popular trend of people deriving pleasure (or torturing themselves) by watching videos of pimples and cysts being popped a la Dr. Pimple Popper, Deutsch N.Y. created this ad for acne treatment line Differin. It captures scenes of home zit popping and juxtaposes them with explosive images of volcanoes erupting and champagne flowing. But such bad habits come with a price, and the ad suggests turning to Differin to help with the scarring.

Mayonnaise can be a very polarizing topic, but Wieden+Kennedy New York sided with the condiment’s superfans in its first work for Kraft Mayo. The new campaign dubs Kraft’s product as the “Mayo of Mayonnaise” and pretty much throws the white stuff in the face of haters in spots that show obscenely generous portions of mayonnaise slathered across sandwiches. The voiceover rubs it in even further: “Some people don’t like velvety-smooth Kraft Mayo,” it says in one ad. “That’s OK, let them live their dry, mayo-less lives. Seems like a them problem to us.”

1. Heinz Ketchup: It Has to Be
Agency: Rethink

Speaking of Kraft Heinz, the company’s ketchup continues to milk its iconic status in yet another campaign from Canadian agency Rethink. The latest push plays with the brand’s recognizable “keystone” logo, re-imagining it with familiar foods like burgers, fries and hotdogs, along with words from its famous classic tagline (“It has to be”). Previous efforts similarly have banked on Heinz Ketchup’s strong brand equity. One, for example, asked people to draw ketchup (and most drew some semblance of Heinz’s product). Another was a sadistically difficult puzzle made of nothing but Heinz ketchup-red pieces. 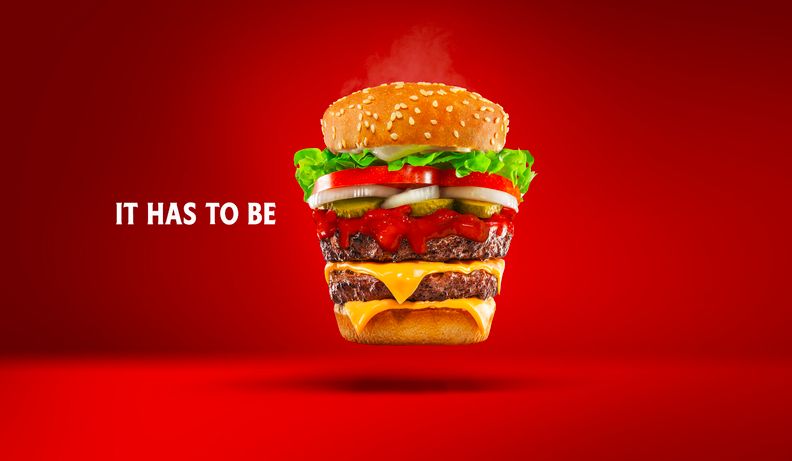