Fifth Annual VVAs Honor Samsung, 72andSunny, Unilever and College Humor
READ THIS NEXT
How restaurant chains are duking it out to be the best in their categories

For the second year in a row, Samsung took the crown as most viral brand, while Los Angeles-based 72andSunny made agency of the year by grabbing the most views over the past year and the most videos on the Viral Video Chart. The most-watched single campaign was Dove's "Real Beauty Sketches" which finished the year with 138 million views, according to Visible Measures.

As in all other Viral Charts, these campaigns are measured across all platforms with different versions, responses and iterations included. Excluded are game and movie trailers not because they aren't ads but because they'd overwhelm the chart each week. With that, here are the winners: 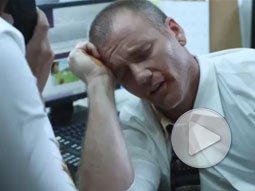 Most-Shared Campaign
5-Hour Energy's "2:30 Horror"
Created by: College Humor
Social shares: 6.9 million
Set up as a horror movie trailer –complete with zombies and corpse-like co-workers— the heroine, who drinks 5-Hour Energy, is the only one conscious enough to survive a troubling food coma that has taken over the office. 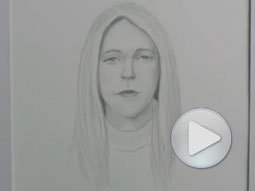 Most-Viewed Campaign
Dove's "Real Beauty Sketches"
Created by: Ogilvy & Mather Brazil
Views: 138.1 million
Juxtaposing the images of the way women viewed themselves versus the way others portrayed them, revealed a compelling message in this installment to the brand's Dove Campaign for Real Beauty, which made its debut in 2004. While it resonated with many viewers, it also generated controversy for placing external beauty at the center of the conversation when it came to judging women. 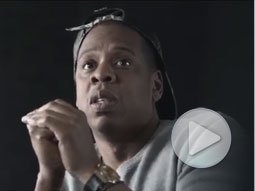 Most Viral Brand
Samsung
Total brand views: 453.3 million
For the second year in a row, Samsung reigns as the most viewed brand in video campaigns. With 61 campaigns, 7 more than that of the prior year, it easily beat runner up Google with 348 million views. Most popular were its "Magna Carta Holy Grail" campaign featuring Jay-Z, which offered free downloads of his album to Galaxy users, and "Looking 4 Myself," which starred Usher. Each spot collected over 50 million views. 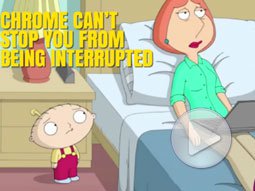 Most Viral Agency
72andSunny
Views: 279.2 million
The Los Angeles-based agency takes the crown as agency of the year with 18 campaigns on the chart, amassing a total of 279.2 million views. Although best known for its work with Samsung, the agency's biggest viral hit was Google's "Chrome: For…" which garnered 97.9 million views, and included eight different executions created from videos sourced entirely from YouTube. Each spot was executed in 16 seconds, about half the length of a standard TV ad. 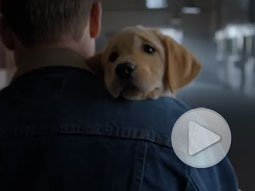 Most Viral Super Bowl Campaign
Budweiser, "Puppy Love"
Created by: Anomaly
Views: 53.2 million
What happens when you get a puppy in a Budweiser Clydesdale commercial? How about the most-watched Budweiser spot to date and the third most-viewed Super Bowl ad of all time. The heartwarming story of an unlikely friendship between a pup and a horse garnered 31.9 million views by the time it aired in the Big Game, four days after its debut. 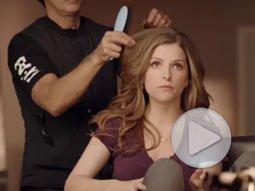 Best Super Bowl Ambush
Newcastle, "Anna Kendrick Behind the Scenes of the Huge Mega Game"
Created by: Droga5
Views: 9.2 million
Heineken-owned beer brand Newcastle ran faux teaser ads leading up to the game with an over-the-top campaign that included explosions, sharks and Anna Kendrick among other things. With spots featuring hilarious lines like "The mega huge football game ad we came mega close to making," if only they "had the money, talent, and permission to advertise in the game," the punch line was that no such campaign existed. 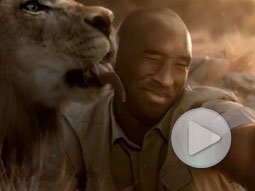 Most Viral Celebrity Spot
Turkish Airlines, "The Selfie Shootout"
Created by: CPB, Los Angeles
Views: 137.2 million
Kobe Bryant and Lionel Messi reprise their roles from 2012's "Legends on Board" campaign as competitors that continue to one-up each other. But this time it's selfies. The campaign reached 100 million views in only eight days and sparked a host of selfie competitions online, such as the #SelfieOlympics, which had thousands of participants across Twitter, Facebook and Instagram. 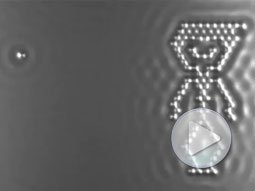 Best B-to-B Video Campaign
IBM, "World's Smallest Movie"
Created by: Ogilvy, New York
Views: 6.8 million
To draw attention to their work in nanotechnology, IBM tells the story of a boy and his pet atom, with real atoms. The video took a team of four scientists two weeks to create. Last year, IBM announced that it had found a way to reduce the number of atoms it takes to store one bit of data from 1,000,000 atoms to 12. In layman's terms, that that will give us the ability to carry every movie ever made on a device the size of a fingernail. 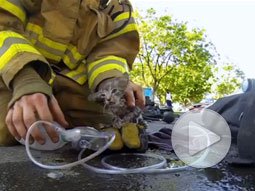 Best User-Created Viral Ad
GoPro, "Fireman Saves Kitten"
Created by: Cory Kalanick
Views: 20.5 million
This spot captured the heroic act of a fireman saving a kitten from a smoldering building, and it was shot by the fireman himself. The hero, Cory Kalanick, strapped a GoPro to his helmet and documented the resuscitation of the tiny injured creature named Lucky. It was the brand's most-viewed campaign of the year and generated more than 1.3 million social shares. 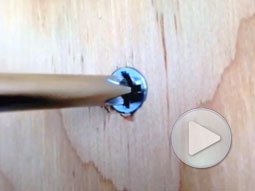 Best Micro-Video Campaign
Lowes, "Vine Videos for Spring"
Created by: BBDO
Who says you can't tell a brand story in six seconds? Shot on an iPhone and created within the Vine platform, the brand launched a dozen of 6-second videos teaching viewers how to do things like remove a stripped screw, get rust off of knives, and keep squirrels away from plants. They were produced by BBDO, with the help of Vine expert Meagan Cignoli, winner of the inaugural #6secfilms Vine contest at the Tribeca Film Festival. 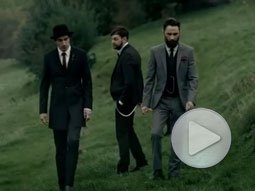 Creativity Pick
Tullamore Dew, "The Parting Glass"
Created by: Opperman Weiss
Views: 2.5 million
Made to stand out from the typical booze campaign, this short film tells the beautiful story of a group of young gents who bid farewell to one of their own. Opening up in a church graveyard as they reminisce on good times past, the fellas break out the Tullamore and make a toast to one of their mates who's left the single man's world for a woman in a white dress. It's earned a nod from our Creativity editors for its artistry. 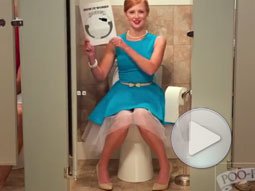 Audience Vote: Funniest Viral Video
Poo Pourri, "Girls Don't Poop"
Created by: The Harmon Brothers
Views: 25.4 million
This humorous spot features a perky British redhead sitting on a toilet reciting a monologue about poop that references "tenacious skid marks" and "astronauts splashing down" into the bowl. While it may not seem like a real product, the Dallas-based company is over six years old and sells its products mostly in boutiques across the country. The creative was produced The Harmon Brothers of Utah, who were also responsible for the online video success of Orabrush. 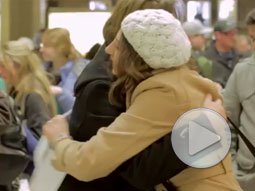 Audience Vote: Best Viral Stunt
WestJet, "Christmas Miracle"
Created by: WestJet Experiential and studio m
Views: 37.9 million
In this holiday campaign, WestJet passengers were asked what they wanted for Christmas before boarding their flight. Upon landing, passengers were surprised to find a WestJet-blue Santa who granted their wishes and delivered presents via the baggage claim carousel. The stunt involved 150 employees who coordinated logistics at the airport, wrapped gifts and took them through security. It was an international hit for the Canadian airline, with 2.2 million social shares. 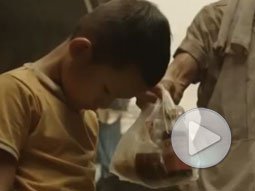 Audience Vote: Best Viral Video With a Message
TrueMove H, "Giving"
Created by: O&M Thailand
Views: 18.1 million
A Thai telecommunications company speaks to the spirit of giving in this inspiring film that tells the story of a noodle vendor who helps a young boy after he is caught stealing medicine for his sick mother. The story then jumps forward 30 years, and the benevolent vendor ends up in the hospital due to poor health. As his daughter struggles to pay for medical bills, she soon finds a new bill with a note that reads: "All expenses have been paid, with three packs of painkillers and a bag of veggie soup." It generated more than 1.5 million social shares.